The history of magazines holding 11 or more rounds: A response to California's magazine ban 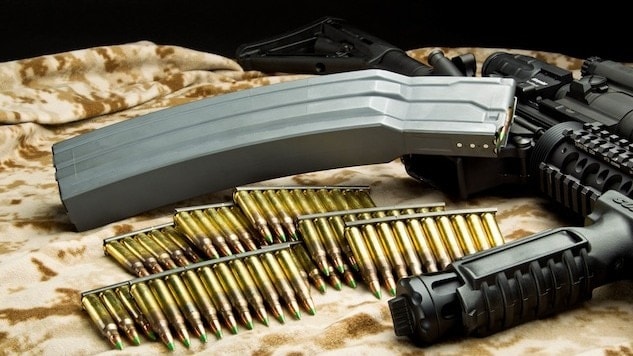 Sunnyvale, California, has a ban on possessing magazines that hold more than 10 rounds, with no clause for being grandfathered in.

The State of California has banned the sale, import and transfer of magazines with a capacity to hold more than 10 rounds, and in the case of the City of Sunnyvale, there’s a ban on even possessing them.

The case, Fyock v. Sunnyvale, is currently being challenged in the U.S. Court of Appeals for the Ninth Circuit since the District Court upheld the ban, reasoning that when the Second Amendment was ratified in 1791 magazines had yet to be invented. But David Kopel, a co-author of the amicus brief, argues that that is simply not true.

Kopel writes in The Washington Post that the first magazine to hold more than 10 rounds came sometime during the late 16th century, he writes, and by 1791 the Girandoni air rifle, which came with a 20 or 22-round magazine, was the pinnacle of firearms technology.

Kopel also argues against the claim that the only reason anyone would need a firearm that holds more than 10 rounds is to commit mass murder. He provides a detailed history, spanning centuries, showing how tens of millions of law-abiding Americans have owned 11+ capacity magazines for lawful purposes.

In the 1850s, firearms with the ability to hold more than 10 rounds began to proliferate. While revolvers could hold only five or six rounds, pepperbox pistols could spray more than 10 rounds from their multiple barrels. Some of the more notable rifles were the Volcanic Rifle, the 16-shot Henry Rifle and the Winchester Model 1866. By 1963, the AR-15 hit the market with a standard 20-round magazine and would later become the most popular rifle in American history. Although commercial success for handguns was much slower, by the turn of the 20th century there were dozens of long guns with an 11+ capacity.

In the 1890s, Luger and Mauser created semi-automatic pistols with optional 11+ magazines, but in the U.S. handguns with more than 10-round magazines were not huge sellers until the release of the Browning Hi-Power pistol in 1935, which came with a 13-round magazine. As the years passed and manufacturing technology got better, magazine capacity increased.

While 11+ capacity magazines have been around for centuries, the first time a ban was placed on the number or rounds a magazine could hold came about in 1927 during the Prohibition, where Michigan banned guns that fired more than 16 times without reloading. Rhode Island enacted a 12-round magazine ban later that year and then in 1932 the District of Columbia enacted the 10-round magazine ban – the only one that has stuck throughout the years.

But Kopel argues there are many instances where having 10 or fewer rounds is not sufficient for a citizen. He points to law enforcement as an example, explaining how they almost always carry handguns with more than 15 rounds of ammunition and rifles equipped with 20 or 30-round magazines.

So if police officers need to have the option of expending more than 10 rounds to protect their life or the life of another, Kopel says, then so do citizens.