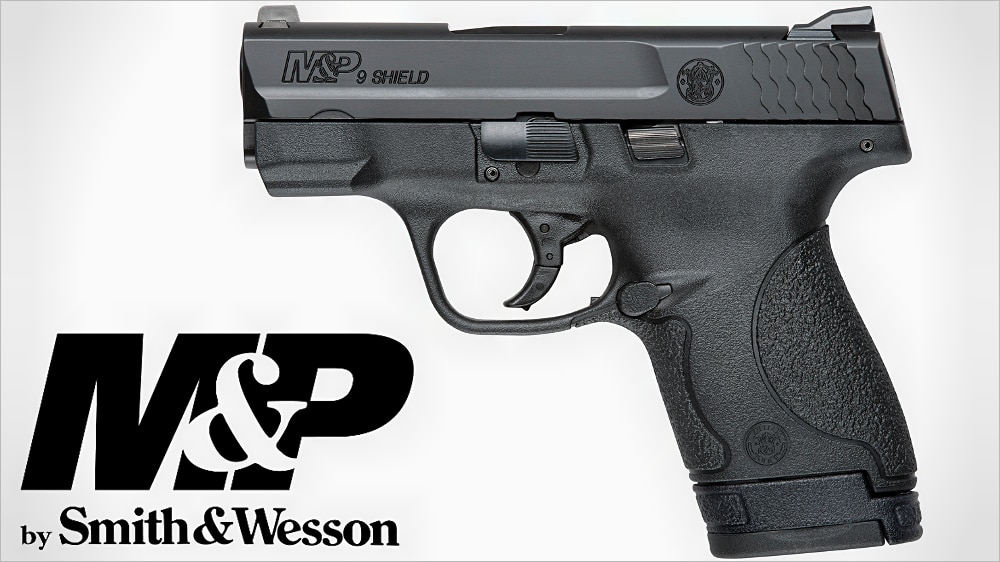 Smith & Wesson is going to make a lot of people happy with the announcement of new M&P Shield concealed carry pistols without manual safeties. The original Shield pistols have thumb safeties on the side.

A small but welcome change, as many people who choose to carry a concealed handgun believe that there shouldn’t be extra steps between drawing and shooting a gun. Manual safeties add a layer of security but also add an extra step when seconds matter most.

Smith & Wesson heeded the call and is now delivering a “No Safety” version of the Shield. These polymer-framed striker-fired single-stack subcompacts have quickly become some of America’s favorite concealed-carry pistols with their solid capacity, low recoil and compact package.

Everything else remains the same, so people will be able to use the same magazines, night sights and aftermarket accessories like holsters and laser sights. The “No Safety” Shields have the same 18-degree grip angle, the same oversized trigger guard for use with gloves, the same low-profile takedown lever and low-profile slide stop. The only change is that these new Shields don’t have thumb safeties.

This is a major improvement for left-handed users as well. While the controls are still largely right-handed, with a little practice it shouldn’t be too hard for lefties to use the new Shield pistols. A left-handed user can forgo the slide release using the slingshot method and operate the mag release with an index or middle finger. 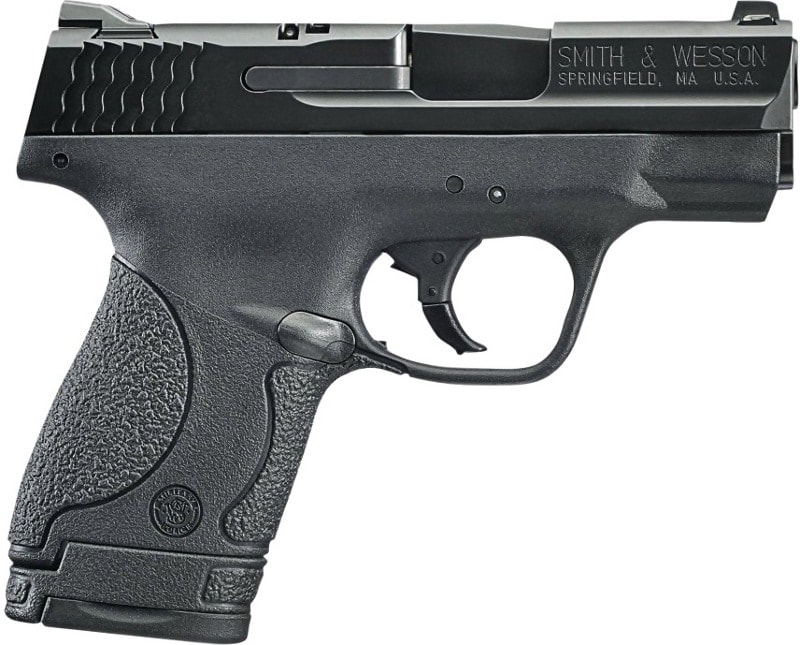 A somewhat overlooked issue with having this type of right-handed manual safety is that it’s difficult to impossible for lefties to use without using their right hand to manipulate the safety — which ruled the Shield out entirely for many southpaws, at least until now.

The specifications are otherwise identical. The new Shield pistols have 3.1-inch barrels and an overall length of 6.1 inches and measures in at just .95 inches wide. The pistols weigh 19 ounces, which isn’t a featherweight but it makes recoil that much more manageable. The Shield has a stainless steel subframe that contributes to its mass and sturdy construction.

Like the subframe, the slide and barrel are also stainless steel and the slide if fit with steel 3-dot combat sights. Also riding the slide is a loaded chamber indicator.

They also use the new “improved” M&P triggers with a more positive take-up and audible, “clicky” reset. The M&P Shield trigger is smooth and set to break at 6 1/2 pounds at the factory, more than enough to negate the need for a manual safety but not so heavy as to negatively affect its shootability.

The 9mm M&P Shield comes with two magazines for an 8+1 or 7+1 capacity while the .40 S&W model has a 7+1 or 6+1 magazine capacity. The “No Safety” M&P Shields have an MSRP of just $449 and are backed by Smith & Wesson’s Lifetime Service policy, making them some of the most affordable concealed-carry pistols of this standard on the market.

If you have shied away from the M&P Shield because of the extra step involved in the draw, or worry about manual safeties engaging or disengaging unintentionally, then your wait is over. The new “No Safety” Shield is here.

For more details about the new Shield pistols and the existing models, including the recently-announced California-legal Shield, head over to the Smith & Wesson website.