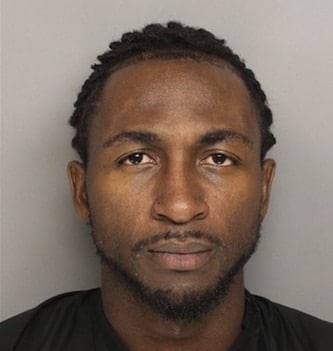 Joseph Booker was arrested after he robbed a Family Dollar store with a toy gun.

A South Carolina man was arrested after he robbed a dollar store with a toy gun Tuesday.

Joseph Booker, 20, entered a Family Dollar store in Greenville and, armed with what appeared to be a real gun, demanded the clerk empty the register into a shopping bag. The clerk complied and Booker made off with nearly $500 in cash, the local Fox-affiliate reports.

He fled the scene in his vehicle, but was quickly spotted by Greenville County deputies. A brief vehicle pursuit ensued before Booker grabbed his cash, ditched the car and took off on foot.

One deputy was able to catch up with him and Booker was arrested and charged with possession of a weapon during a violent crime and armed robbery.

Booker dumped his gun in the bushes and when deputies recovered it they discovered it was just a toy.