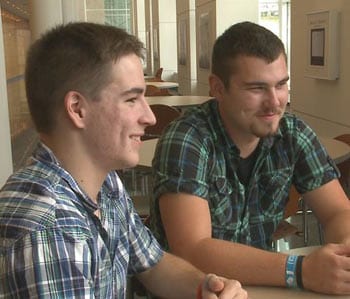 A Minnesota hunting club agreed to pay for a gay couple’s wedding reception and ceremony after backing out of the deal the two parties originally agreed upon.

LeBlanc’s Rice Creek Hunting and Recreation in Little Falls reached a legal settlement for $8,500 with the couple, Cole Frey and Adam Block, on Aug. 22. The club also apologized and agreed to comply with Minnesota’s nondiscrimination laws in the future.

In February, after the couple got engaged, Frey contacted LeBlanc’s about scheduling the wedding at its clubhouse, but didn’t mention he was marrying a man. When he went in to secure the day and drop off the security deposit, the club learned about his partner and refused service, saying they don’t condone same-sex marriage.

Using the resources of the Minnesota Department of Human Rights, Frey was able to reach a settlement with the hunt club. This suit is reportedly the first of its kind since the state legalized same-sex marriage in 2013.

“(LeBlanc’s) made a mistake and we did everything in our power to correct it,” Paul Rogosheske, an attorney for the hunt club, said. “This couple is going to have a great wedding and I can assure you LeBlanc’s is going to be open to everybody.”