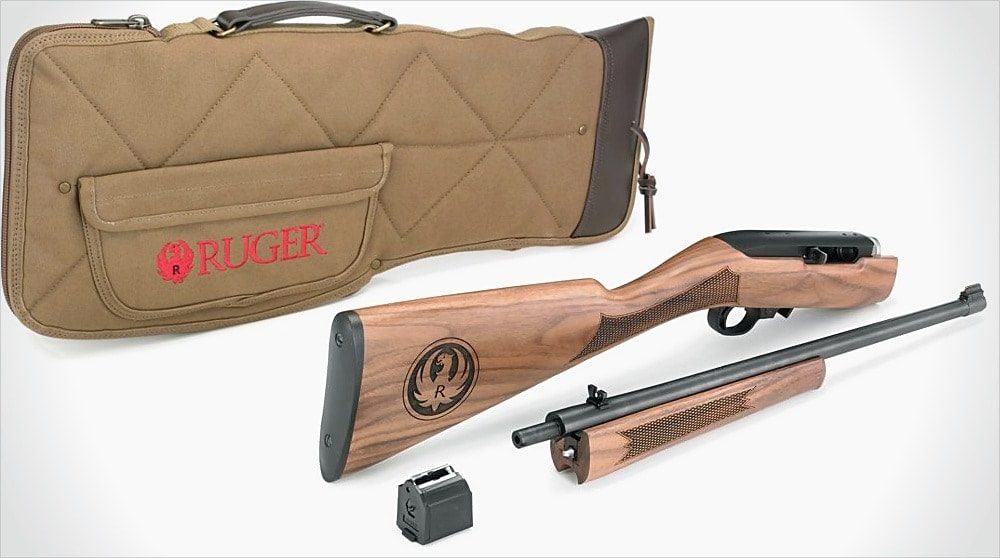 This limited-edition Classic VI 50th Anniversary 10/22 Takedown is similar to existing Takedown models as far as specifications go and sports a standard barrel and 10-round rotary magazine. The main differences are a newly designed stock and forend with deep checkering and the Ruger logo dyed black to contrast the natural wood grain finish.

The barrel and receiver also have a satin black finish with standard 10/22 sights.

The case is brown on brown with a diamond stitch pattern and a bright red Ruger logo on the side with an accessory pouch.

Ruger and Talo haven’t listed the rifle on their websites just yet, but prices are expected to be in-line with existing Takedown models with a small premium for the special edition models.