Say hello to the two new Rugers: The LC9s Pro and Composite Scout 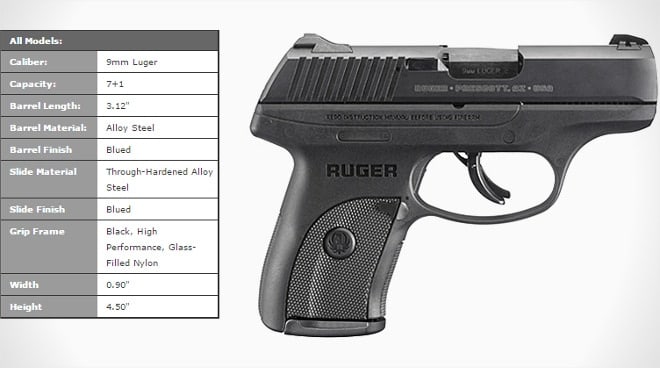 The new Ruger LC9s Pro and Composite Scout are two examples of how the company listens to its customers.

The updated LC9s Pro is a striker-fired single-stack 9mm that is based on the LC9s design but built without a manual thumb safety or magazine disconnect. Many people see these safeties as burdens and want their concealed-carry pistols to have the absolute minimum between the user and the trigger.

The Composite Scout is everything Ruger fans have come to love about Scout rifles but with a synthetic polymer stock instead of the heavier laminate wood stock.

These updates have been in demand since the release of both products, and while it may have taken a while for the Scout to get the lightweight stock the LC9s Pro follows the announcement of the LC9s by just a few months.

The LC9s was only released earlier this year to a crowd of welcoming users, although the thumb safety and magazine disconnect had critics from the get-go. These aren’t features for some users, rather, they are considered liabilities as either safeties can be unintentionally engaged preventing the pistol from firing in rare circumstances such as a struggle over a handgun.

That’s not to say that the new Pro model doesn’t have any safeties as it retains the trigger safety common to most striker-fired pistols as well as the drop safeties any concealed-carry or service pistol requires.

The final product is something that is guaranteed to be a market success. The LC9 Pro is a mid-size concealed-carry pistol, between the subcompact service pistols, which are a little chunky, and micro carry guns that are easy to carry and conceal, but too small to comfortably or accurately shoot.

The Pro model, like the LC9s, is based on the LC9 and already has a complete aftermarket for holsters, night sights and other accessories. The factory sights are drift-adjustable and big enough to count on for precision shooting.

Like the other LC9s the Pro weighs in at a hair over 17 ounces unloaded, right at the threshold for shootability for most users when it comes to 9mmm handguns. Because the gun uses a locked-breech design the recoil is controllable and makes for fast shooting.

It measures in at just 4.5 inches tall and 6 inches long by .9 inches wide making it very easy to conceal even with its 7+1-round capacity. The gun has a 3.1-inch barrel which is for good projectile velocities ensuring adequate penetration and expansion from a concealed-carry pistol.

It’s also priced in-line with the other LC9s at $449 and will be a solid seller if history has been any indicator with real-world prices under $400. If you were thinking about picking up one of the new LC9s pistols but hesitated because of the extra safeties now’s your chance to get one without them.

And the stainless. (Photo: Ruger)

As far as the Composite Scout goes it, too, is priced the same as the other Ruger Scout rifles go at $1,099, which retail starting around $775.

The only change to the established Scout design is the stock which brings the weight down to just over 6 pounds. It is offered with a matte black or stainless steel finish with a 16-inch carbine-length barrel.