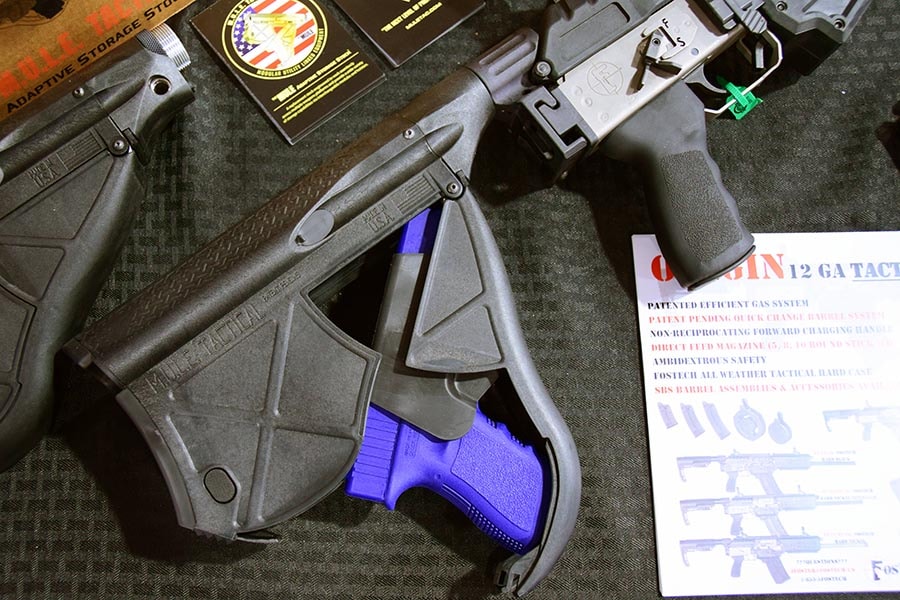 MULE Tactical unveiled its newest product at the 2015 SHOT Show in Las Vegas, an AR15 stock that conceals a backup pistol. The MULE Adaptive Storage Stock replaces a standard AR15/M4 style buttstock and is constructed of high-impact polymer. The buttpad is slightly curved for better retention and is capped with a firm rubber pad.

What separates the MULE stock from traditional ones, is the concealed holster inside. Attached by a large pin and clasp, the holster pivots along a hinge to reveal a backup pistol. Allowing the shooter to store both his primary and secondary weapons together.

Currently, only compact Glocks and M&P pistols are compatible with the system, but MULE Designer Brian Priddy discussed future plans to adapt the system to other pistol platforms including the M1911.

The MULE Adaptive Storage Stock is currently in preproduction and looks to ship around February, 2015. The projected MSRP is around $180.

UPDATE:In response to the comments below, MULE released the following photo. 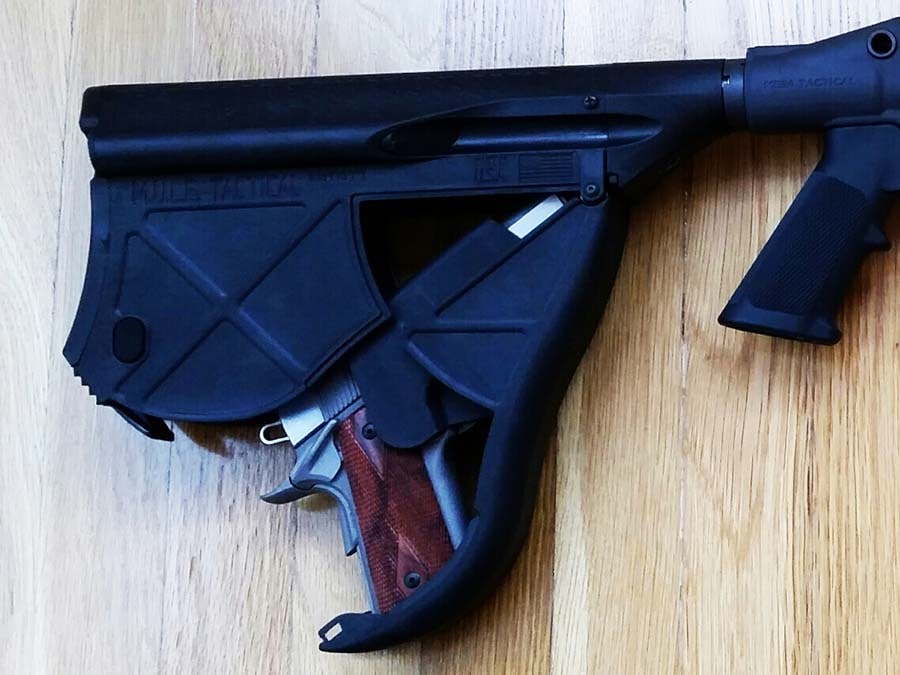