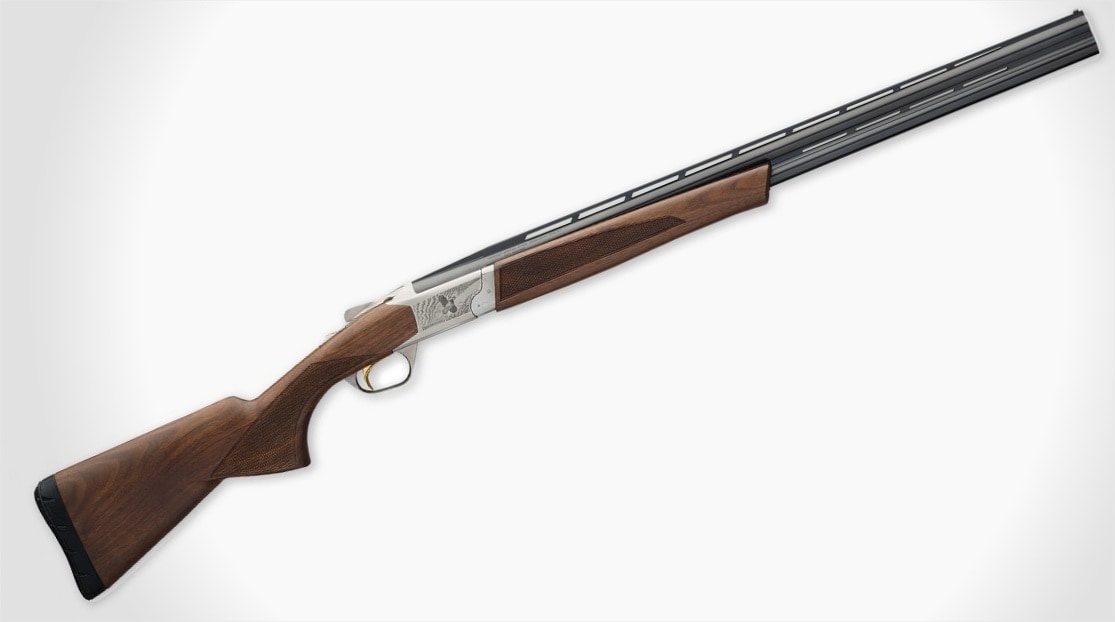 Browning is expanding on their Cynergy line of under-over shotguns with the new Cynergy 20 Micro Midas. Built with trap shooters in mind it’s a compact double gun with a shortened length of pull for youths and smaller shooters.

“Whether you are looking for the perfect shotgun to start your children in the shooting sports, or trying to find a good clay buster for the more petite adult, the Cynergy Micro Midas brings more to the table than any other micro shotgun on the market,” said Browning.

The Cynergy is a modern take on the over-under concept with a low-profile receiver and uses strikers instead hammers for a fast lock time. Browning calls it their Reverse Striker System which promises a clean break with little overtravel. These changes put some people off the Cynergy design but for some there’s nothing nicer.

It’s a low-recoil design and chambered for up to 3-inch 20-gauge shells should provide shooters with a lot less wear on the shoulder. The buttstock is fit with an Inflex recoil pad can be lengthened with up to three .25-inch spacers. The default length of pull is 13 inches.

These shotguns have developed a good reputation as far as function goes, with a large, strong hinge and durable design that holds up even with large volumes of shooting. Just the same they’re lightweight shotguns at 6 to 6.2 pounds depending on barrel length.

Browning is bringing two Cynergy 20 models to the table with user’s choice of 24- or 26-inch barrels. Both models have grade I/II walnut stocks with a satin finish, silver nitride receivers and matte blue barrels, and the barrels have chrome-plated chambers for wear resistance and ease of cleaning.

These shotguns use Invector Plus choke tubes, which is to be expected with Browning shotguns. Cynergy 20 Micro Midas shotguns ship with three chokes, full, modified and improved cylinder.

The new Cynergy 20 Micro Midas shotguns are priced in-line with similar shotguns in the Cynergy family with a suggested retail price of $1,869. Real-world prices should hopefully be in the $1,500 to $1,600 range and possibly less. In the world of over-under shotguns it’s downright affordable without cutting corners.

While the design’s avant-garde looks and decidedly different type of handling aren’t for everyone, the Cynergy has a devoted following and a solid reputation. It is, after all, a Browning over-under. For more information visit the Cynergy 20 Micro Midas product page.