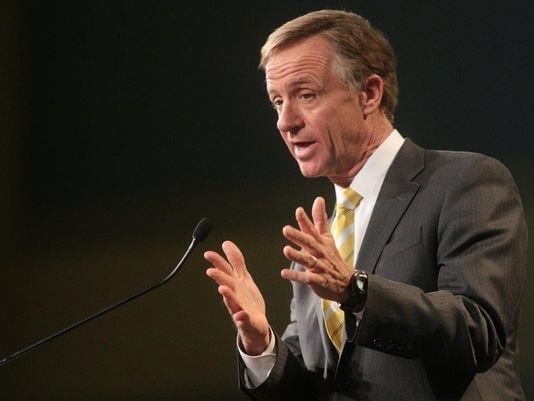 Under the guidelines of a new law signed by Republican Gov. Bill Haslam, those seeking to obtain or renew a concealed carry license in Tennessee can now opt for a lifetime permit for $500.

The measure, which saw broad bipartisan support in a session rife with controversy over gun rights bills, passed the state House by 90-3 and the Senate by a margin of 30-2 on April 15 before being signed by Haslam last week.

“There are over 500k Carry Permit Holders in TN or roughly 1:12 citizens,” Sen. Frank Nicely (R), the Senate sponsor of the legislation, wrote in a statement to social media on the state’s concealed carry program. “There are only 1:2,000 law enforcement officers. Law abiding citizens who have passed background checks and have firearms use training are security enhancements, not threats.”

The new law, SB 0700/HB 0745, creates the option for a lifetime handgun carry permit for any state resident 21 years of age or older. The one-time application and processing fee of $500 grants the holder a permit that is not subject to renewal. In its original form the measure called for a $750 fee, but this was reduced in committee debate.

The current fee is $115 for the first five years and $50 for renewals every five years after. A fiscal analysis of the bill, which predicts about 5 percent of the state’s half million permit holders will go for new option, cites the likely primary reason is to grandfather against future increases in renewal fees.

While other measures in the Tennessee legislature, such as contentious guns-in-parks and guns-in-trunks bills caught flak from state Democrats, big city mayors and gun control organizations, there was little debate or opposition against the lifetime permit proposal.

A similar bill, signed into law in Louisiana in 2013 by Gov. Bobby Jindal (R), likewise allows for a lifetime endorsement at a one-time rate of $500.

The Tennessee law, which was endorsed by the National Rifle Association and state gun rights groups, will take effect on July 1.