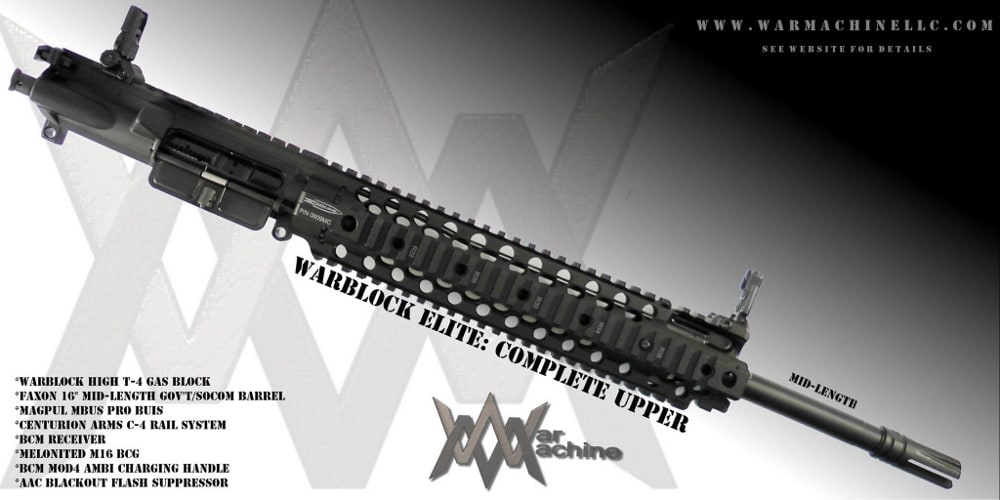 Faxon’s AR barrels are starting to get some solid traction and are now being used by builders for their factory uppers, like this WarBlock Elite complete AR-15 upper receiver. (Photo: War Machine)

Faxon Firearms, best known for an ARAK hybrid AR-AK upper receiver assemblies for AR-pattern lowers, has been quietly but rapidly expanding AR products, with a series of barrels that’s fast developed a reputation for quality and affordability.

Word is starting to spread within the boutique AR community as well. War Machine — “Home of the WarBlock,” a minimalist direct impingement gas block with many of the the benefits of a receiver-height gas block including an accessory rail and bayonet lug — has selected Faxon to produce barrels for its newest complete upper assembly, the WarBlock Elite.

The WarBlock Elite is a mid-length 16-inch carbine upper chambered for 5.56 NATO and .223 Remington that uses Faxon’s popular SOCOM-profile barrel. It’s complete with a lot of goodies including a free-floating Centurion Arms C4 quad railed handguard and plenty of Bravo Company components, including the base upper receiver and ambidextrous charging handle. 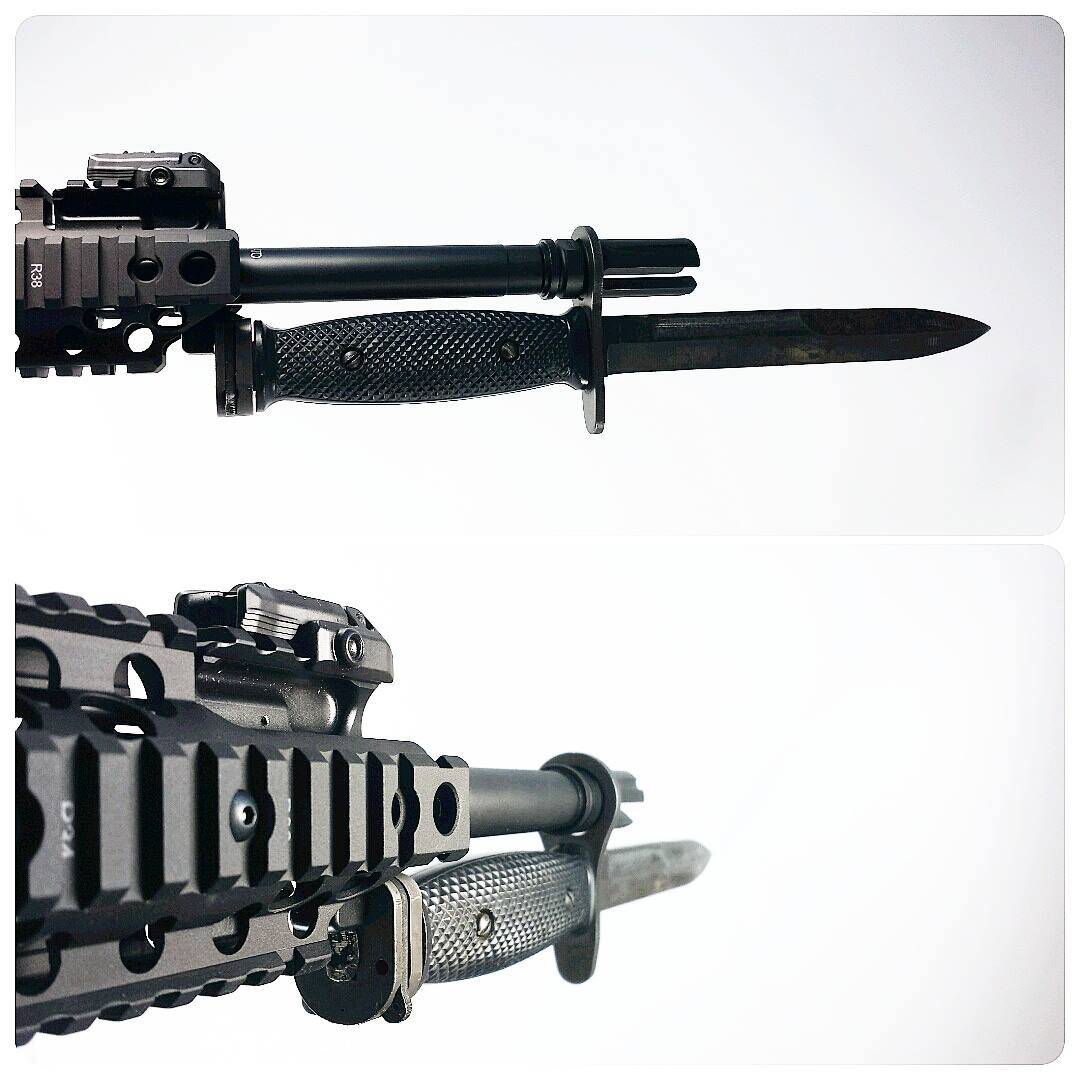 The barrel has a high-polish QPQ nitride finish common to many Faxon barrels. The barrel has a relaxed 1-in-8-inch twist that will stabilize a wide range of projectile weights from heavy target loads to light varmint and budget loads. Attached to the barrel is an AAC Blackout three-prong flash hider and of course, War Machine’s WarBlock gas block. The gas block is lighter than a standard A2 front sight and while it doesn’t have a sling loop, the handguard more than makes up for it with four integral rotation-limited quick-detach sling points.

What is becoming standard with non-commercial ARs, the WarBlock Elite has a full-auto-rated M16 bolt carrier group, also with a tough and corrosion-resistant Melonite nitride finish. Nitride finishes are tougher and more polished than parkerized or chrome-lined finishes, as well as thinner, providing a smoother surface that’s less prone to fouling that also has a higher natural lubricity.

On bolt carrier groups that means more time between stoppages and a higher round count between maintenance cycles, and on barrels it means accuracy more consistent with stainless barrels but with the corrosion resistance of chrome lining.

One final nice touch with the new WarBlock Elite upper is the inclusion of a set a Magpul Pro backup iron sights. Just as minimalist as the WarBlock itself, the newer Magpul Pro sights are all-steel, fully-adjustable and nearly flush-fitting and snag-free when stowed. While most uppers ship without sights to cut costs and leave the choice of backup irons up to the user, it’s almost impossible to be upset with a set of Magpul Pros.

The WarBlock Elite upper is in limited supply for now, and priced at $1,114 it would be hard to beat even building from scratch. With all the upgrades it’s a solid deal, and a good match for all those loose lowers we’ve all picked up these last few years.

If all you want is a Faxon barrel with a factory-installed WarBlock gas block, War Machine offers those, too, starting at under $250. 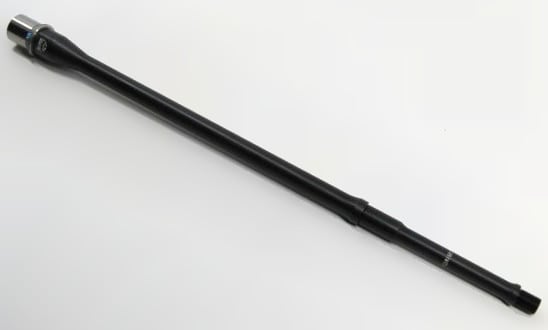 The Faxon Gunner profile is SOCOM up to the rifle-length .625-inch gas block shoulder, and uses a pencil profile from there to the muzzle threads. (Photo: Faxon)

Faxon has plenty of barrel profiles to pick from. The SOCOM profile is a nice medium weight barrel that offers better balance and heat dissipation over the M4 profile, which they also produce. Faxon’s offers most of their barrels in a spread of profiles from pencil to heavy fluted, with straight cut flutes or fancy flame cuts.

Their newest profile has got a lot of promise. Called the “Gunner” profile, the new barrel combines the SOCOM and pencil profiles to make a barrel that’s all-around lightweight, but not behind the gas block where that weight translates to improved thermal performance. Behind the gas block it uses the standard SOCOM profile but in front of the block it tapers down to pencil thickness.

The Gunner profile was specifically developed for competition shooters, 3-gun in particular. It’s offered in 18- and 20-inch barrels with rifle-length gas systems and uses the same flexible 1-in-8-inch twist and rich QPQ finish.

Priced at $189 these Gunner barrels are pretty tempting for the home AR builder. Extras can be tacked on, like a low-profile gas block and rifle-length gas tube, for not much extra.