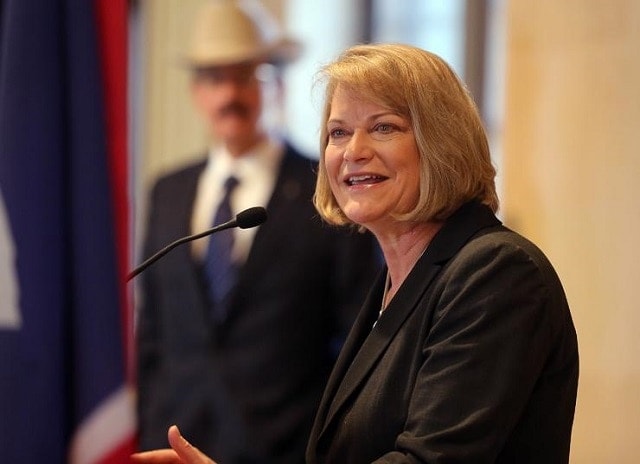 A measure introduced this week to the U.S. House of Representatives is looking to override the State Department-imposed blockade on thousands of M1 Carbines and Garands coming home from Korea.

The move comes as the latest installment in an effort by Republican lawmakers to force change in the administration’s 2009 decision to block the importation of no less than 87,000 rifles donated to South Korea that are now surplus to that country’s needs.

Previous attempts launched in past sessions to free-up the guns failed to gain traction, however with recent GOP gains in Congress and a seemingly lame duck president in the twilight of his term, one representative isn’t giving up.

“Legislation shouldn’t even be needed for U.S. citizens to purchase perfectly legal and regulated firearms especially in this case with storied, American-made rifles that are pieces of U.S. military history,” said Rep. Cynthia Lummis, R-Wyo., in a statement Wednesday as she submitted the Collectible Firearms Protection Act of 2015.

“This is simply a political stunt on the part of the State Department to deny law-abiding citizens, firearm collectors, and competitive marksman the exercise of their Second Amendment rights. The State Department has no business blocking domestic firearm ownership and my bill will make sure it stops,” Lummis said.

Her legislation, entered as H.R. 2611 this week, would amend the Arms Export Control Act to allow selected U.S. made firearms listed as curios or relics to be brought into the country by a licensed importer without having to first garner the blessing of the Departments of State or Defense.

As noted by Lummins, the guns at the heart of the controversy were furnished by the U.S. to South Korea for military purposes more than a half century ago and are both widely sought collectors’ items and popular rifles for use in marksmanship competitions.

Last year Vermont-based firearms importer Century Arms laid off 41 employees after a $30 million deal with the Korean government for surplus M-1s fell through due to a 2013 presidential executive order reaffirming the State Department’s stand on the veteran military rifles. They maintained all import permits and approvals for the sale had already been secured for the transaction when the White House spoiled the deal.

“But there is no rational reason to block these firearms from coming back to the United States,” Brady Toensing, Century Arms attorney, said at the time.

Lummins’s bill has been referred to the Republican controlled Committee on Foreign Affairs.