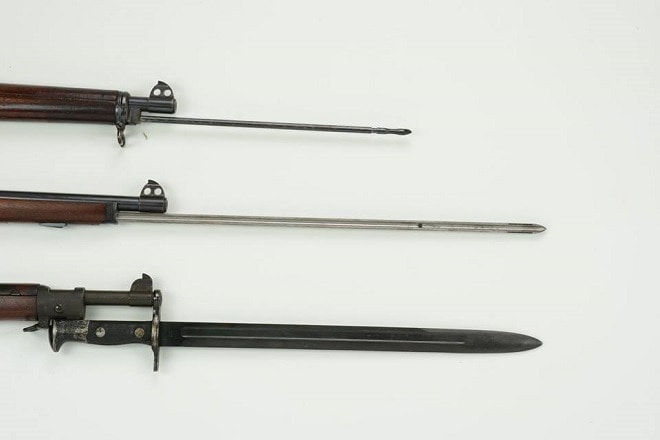 The first two proposals for a bayonet for the Springfield M1903 led to a slight redesign into the M1905 bayonet shown at the bottom, with the personal input of one U.S. President. (Photo: Springfield Armory NHS)

When President Theodore Roosevelt saw the proposed design for the pigsticker on the Springfield 1903 rifle, he wasn’t amused.

Roosevelt, a conservationist and big game hunter who settled for being president after stints as New York City police commissioner, Assistant Secretary of the Navy and an Army colonel in the Spanish American War knew a thing or three about firearms. Good guy Teddy even used one of the first suppressors built and marketed in the U.S. so that he could target practice at home without bugging the neighbors.

So when he saw what the Army ordnance guys at Springfield Armory came up with for the original design of the M1903 rifle, a flimsy screwdriver-looking rod bayonet, he wasn’t impressed.

In a two-page 1905 letter to the Secretary of War he opened by saying, “I must say that I think that ramrod bayonet about as poor an invention as I ever saw. As you observed, it broke short off as soon as hit with even moderate violence. It would have no moral effect and mighty little physical effect.”

TR goes on to drill into the SECWAR that he needs to get with officers who know a thing about violence of action and get their buy in on a better bayonet. 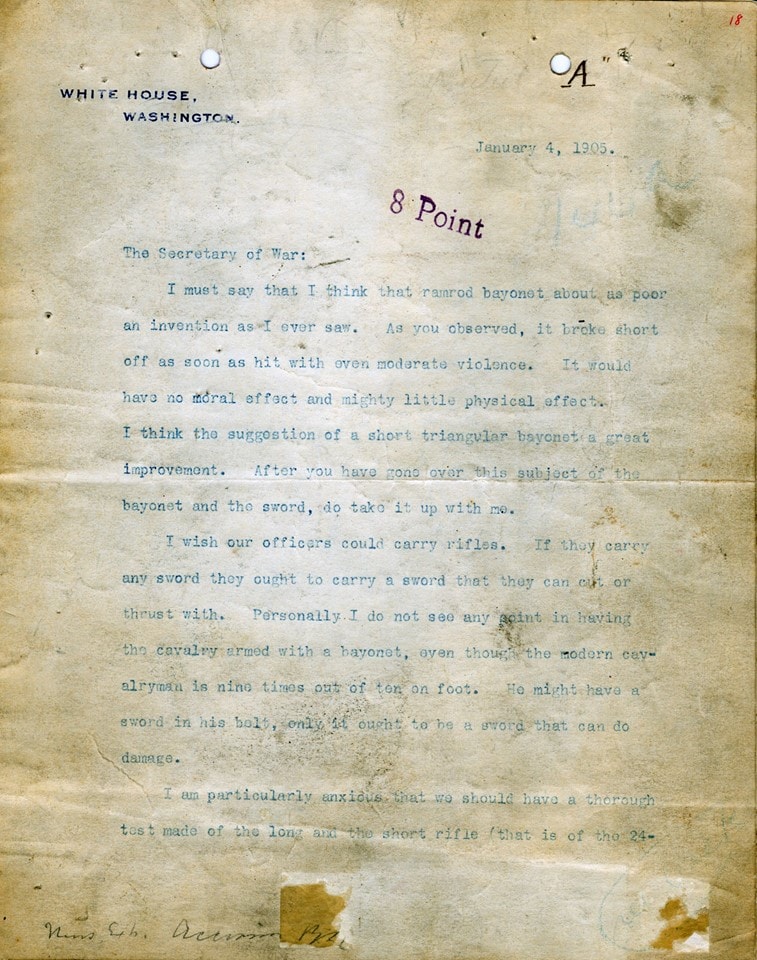 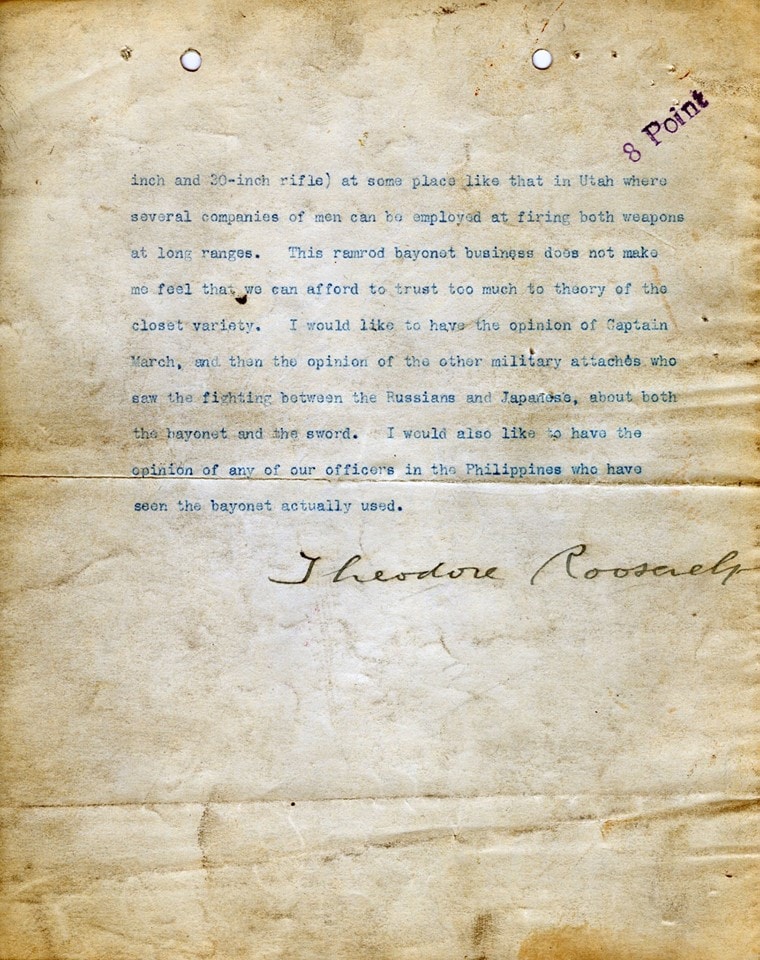