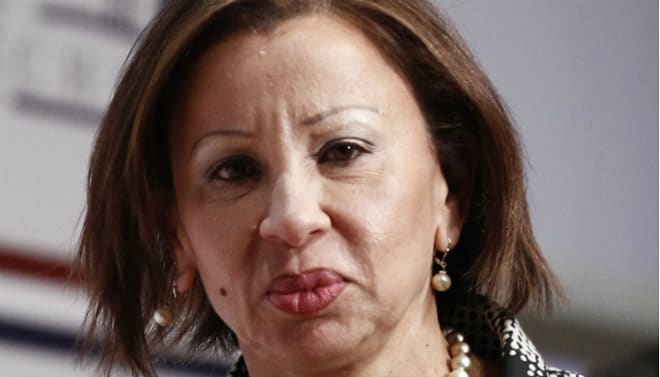 Rep. Nydia Velazquez says she would be happy if fewer guns are in circulation, and wants a special tax to help make that happen. (Photo: Charles Dharapak/AP)

New York Democrats debuted a bill in the U.S. House this week that would mandate a $100 per-firearm tax on gun sales and equip them with a passive identification capability.

The measure, backed by Brooklyn Democrats Rep. Nydia M. Velázquez and Rep. Hakeem S. Jeffries as co-sponsor, aims to both reduce the number of guns sold each year and use the proposed new tax to fund a variety of initiatives, as well as increase reporting requirements and tracking for stolen or lost guns.

“If making guns more expensive means fewer end up in commerce, I’m happy with that result,” Velázquez said in a statement. “However, if guns are going to be sold, then those purchasing and selling them should pay for programs that can reduce the incidence of gun violence in our local communities.”

Velazquez’s bill, the Reducing Gun Violence in Our Neighborhoods Act, was introduced as H.R.3830 Monday. Under its guidelines, a new special tax on firearms at the manufacturer and importer level of $100 per gun would be established. The revenue would be channeled into a newly created Gun Violence Reduction and Mental Health Counseling Trust Fund from which grants would be made to fund anti-violence and mental health programs. Exceptions to the tax would be allowed for guns intended for law enforcement sales.

Such taxes on firearm sales have been implemented in Chicago and Seattle in recent years – both of which are fighting legal challenges – while the Los Angeles City Council is considering such a move. In each instance, lawmakers billed the tax as a means of fighting gun violence.

“Gun violence takes more than 33,000 lives and injures over 84,000 Americans, costing the US economy $127 billion each year,” said Leah Gunn Barrett, executive director of New Yorkers Against Gun Violence, in support of the measure. “Congresswoman Velázquez’s bill would provide much needed funding for mental health programs, something the NRA and the corporate gun lobby should wholeheartedly support based on their rhetoric.”

The feedback from gun industry groups to Velazquez’s tax proposal was short and to the point.

“It is an unconstitutional poll tax on the exercise of the Second Amendment,” Lawrence G. Keane, senior vice president, assistant secretary and general counsel of the National Shooting Sports Foundation, told Guns.com Tuesday.

In addition to the tax, the measure would order the Attorney General to establish a tamper-proof passive identification capability for firearms to allow them to be picked up by a mobile or fixed reading device. Those selling guns without such a feature could risk a $1,000 fine.

Finally, the bill seeks to establish a national lost and stolen guns database in conjunction with mandatory reporting by gun owners within 48 hours of a firearm discovered unaccounted. Failure to do so would result in a $10,000 fine for each firearm involved.

“New York has a lost and stolen firearm reporting law and we are advocating for a statewide firearm safe storage law that would help not only help prevent gun thefts, but also unintentional shootings and suicides,” Gunn Barrett said.

The measure has been referred to the Republican-controlled House Energy and Commerce Committee.