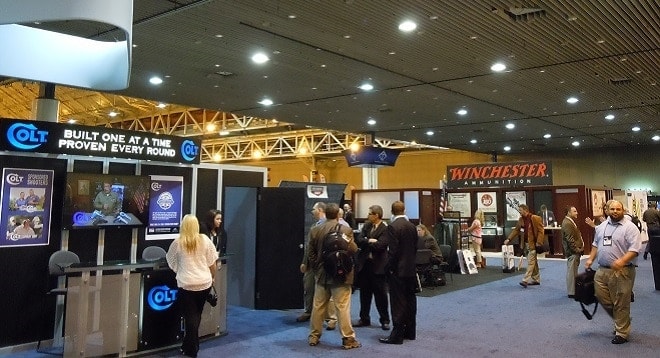 The expo was held at the New Orleans Ernest N. Morial Convention Center and housed over 200 vendors (All photos Chris Eger/Guns.com)

The Guns.com team hit the showroom floor at the 42nd Annual National Association of Sporting Goods Wholesalers meeting and expo in New Orleans this week to scope out some of the latest offerings on hand.

The group is comprised of wholesalers, manufacturers and importers involved in hunting and the shooting sports and a number of new and interesting products were out and about. 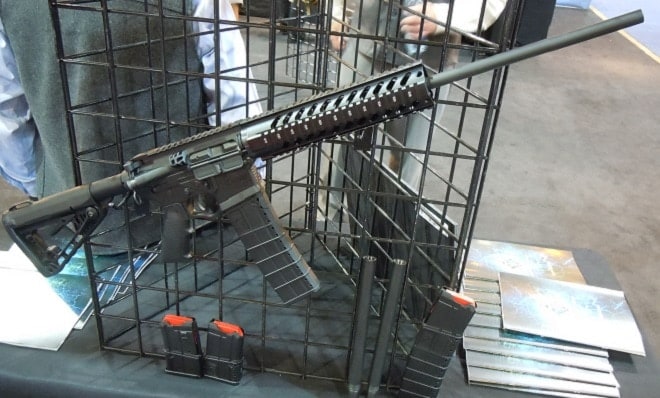 ATI is working on a .410 AR upper project and is nearing an official launch 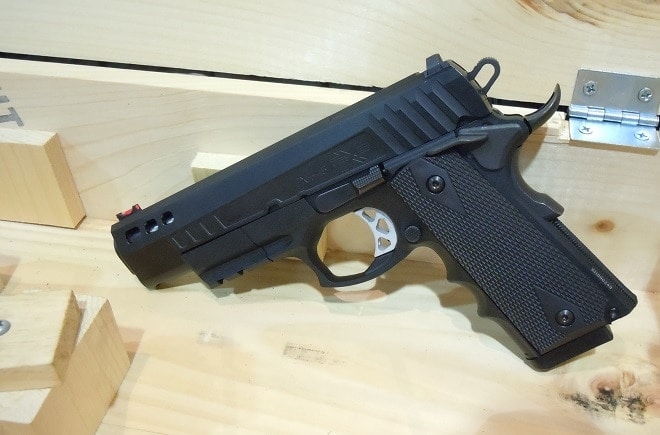 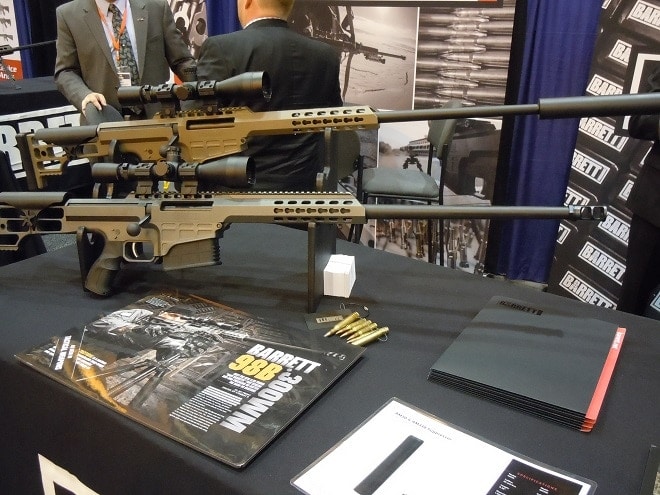 Barrett told Guns.com it has a batch of their first-ever suppressors ready and waiting on paperwork to start shipping. These titanium alloy cans, the AM30 and AM338, come in a number of coating options.

Century Arms has a lot of new guns in the pipeline including a California-compliant C308 CETME, complete with bullet button. 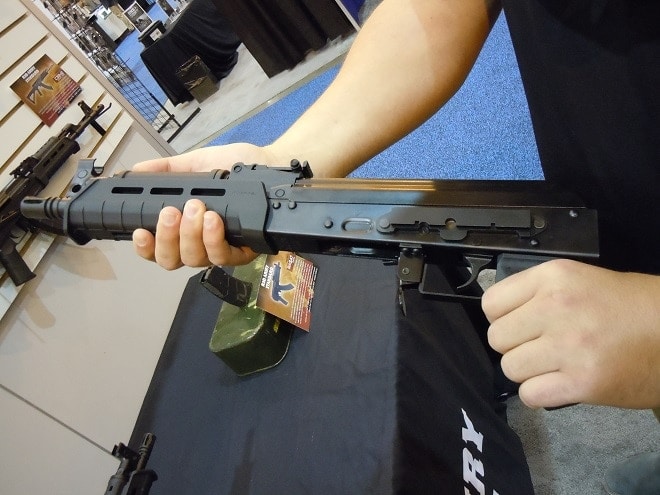 …which of course include Warsaw Pact side rails

…and the AK63DS under folder with Hungarian surplus parts in a new receiver and classic blonde furniture. The 16.25-inch barrel features a slant-cut muzzle brake.

Troy is expanding its popular and 50-state compliant pump-action rifles to include the new Mossy Oak camo option in .338 Federal, sure to be a hit with hunters in states such as Pennsylvania where semi-autos are prohibited from hunting use.

Troy is also expanding its rail line with a ton of fresh offerings including AK Keymod and M-LOK rails, seen here on a well-used WASR. 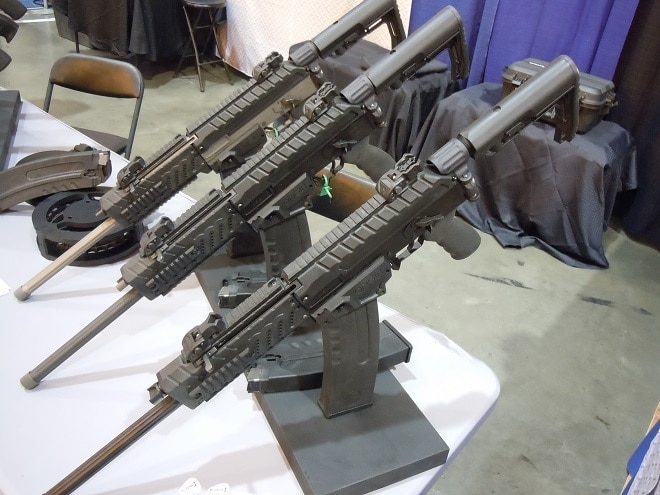 Fostech, besides moving forward with its innovative Echo trigger system that can allow two-shots per trigger squeeze (one on the pull, one on the release), is continuing to expand its line of Origin shotguns to include future multi-caliber options. 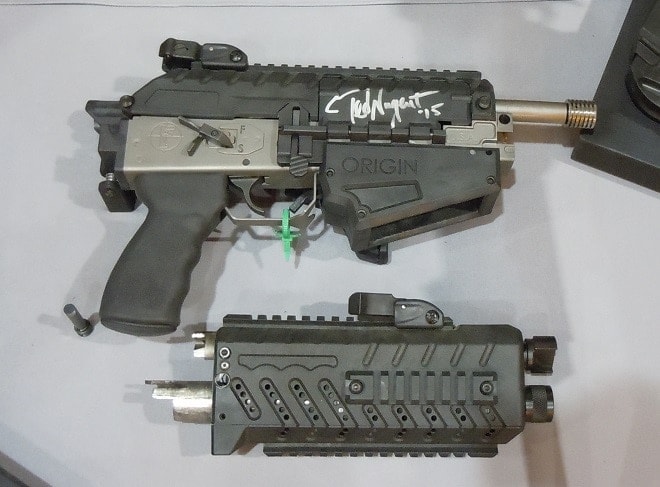 A short-barreled Origin broken down (and tagged by the Nuge) 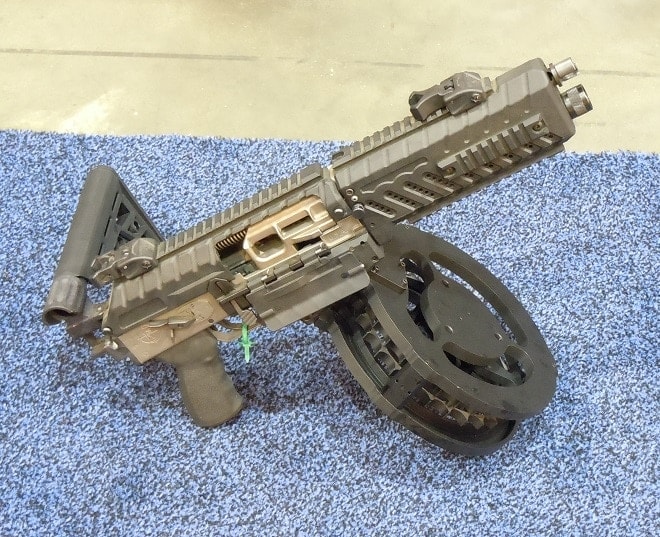 Complete with folding stock and 50-round drum mag 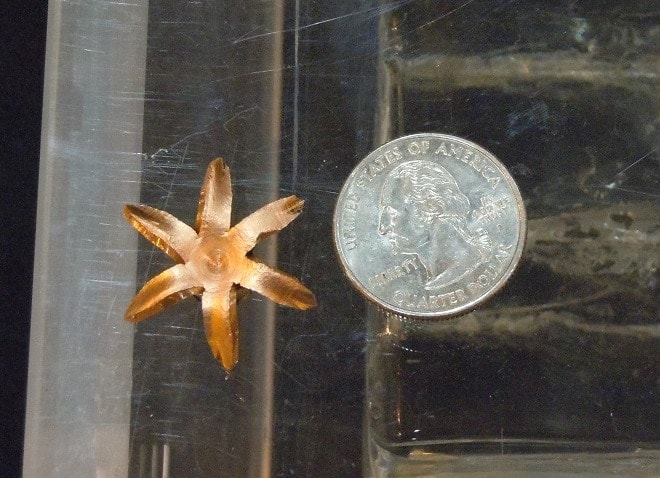 Following on the heels of its polarizing RIP series, G2 Research showcased the Civic Duty line of solid-copper lead-free rounds designed for extreme expansion without over penetration. 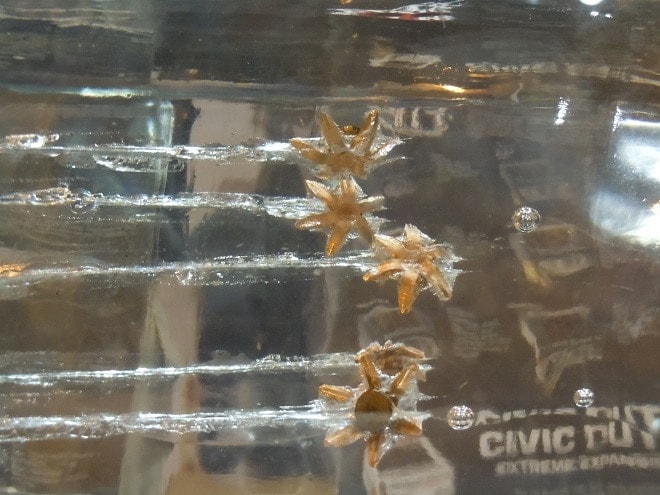 …Civic Duty gel on hand showed about 10 inches of travel and an impressive wound channel.

Several international firearms makers were on hand including the Turkish firm of Derya who had a full range of MK-10 12 gauge semi-autos on display. These aluminum-bodied scatterguns have a neat take down system that allows the gun to be separated into two halves for transport and storage. 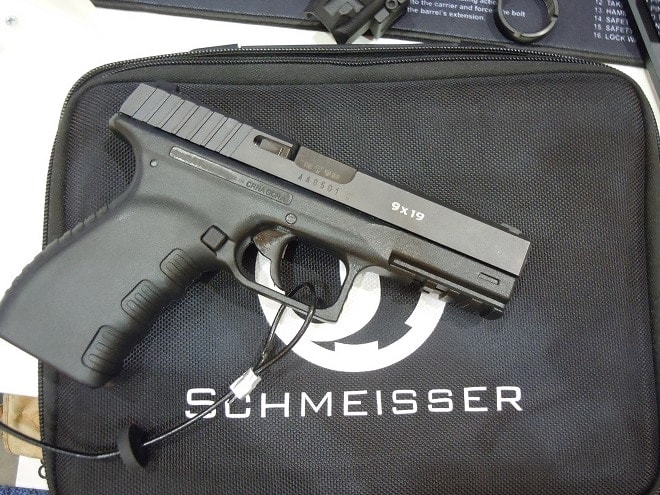 Another overseas firm, German-based Schmeisser, currently looking for an importer, was on site with its 17-shot SLP-9, striker-fired (that works exactly like a DA/SA) polymer-framed semi-auto with a second-strike capability and interchangeable back straps. 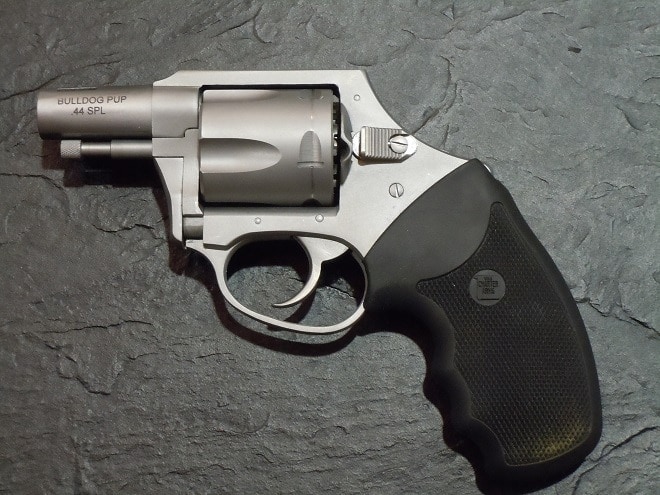 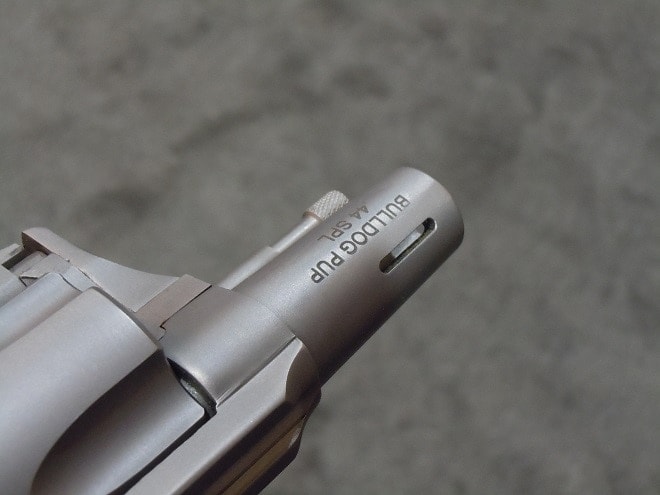 …which is sans front sights but includes ports 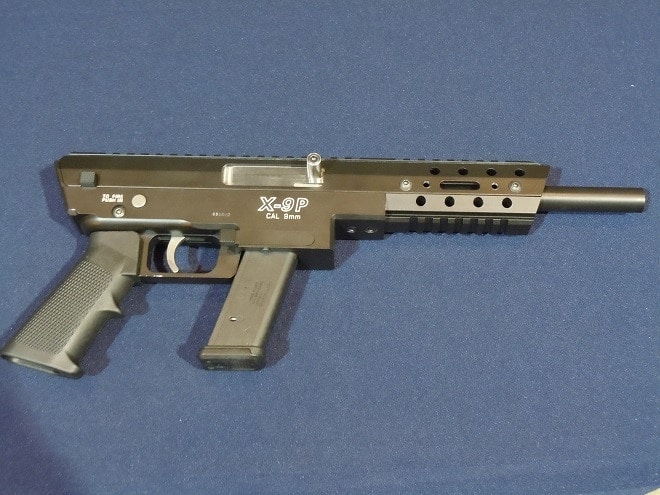 Arizona-based Excel Arms had a number of new 9mm and 5.7mm carbines and pistols on display, including California compliant models. 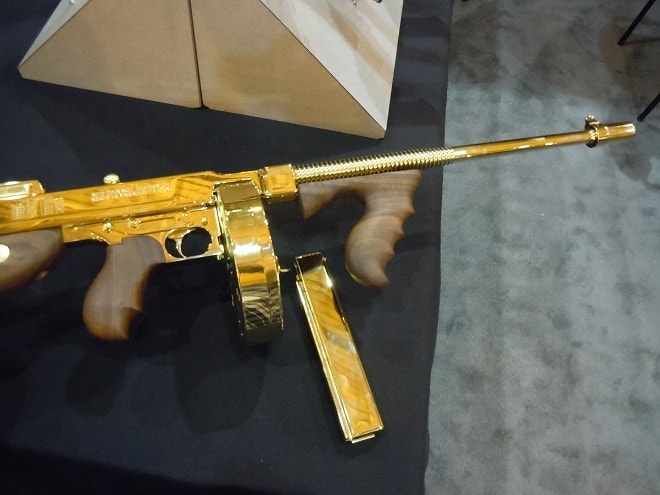 And there is always Auto-Ordnance’s gold Tommy gun

Next year’s NASGW expo will be in Kansas City. 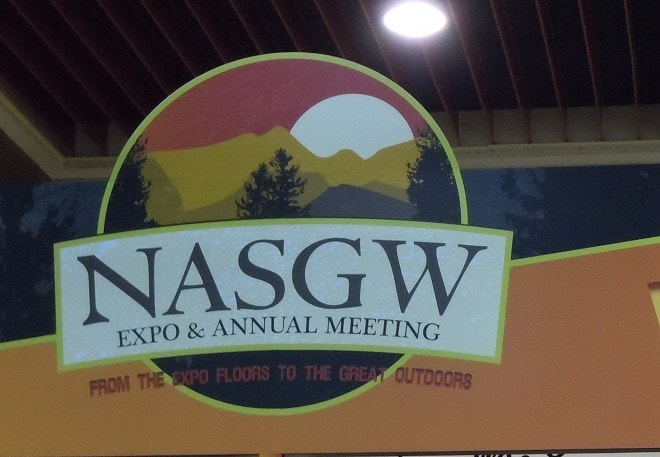