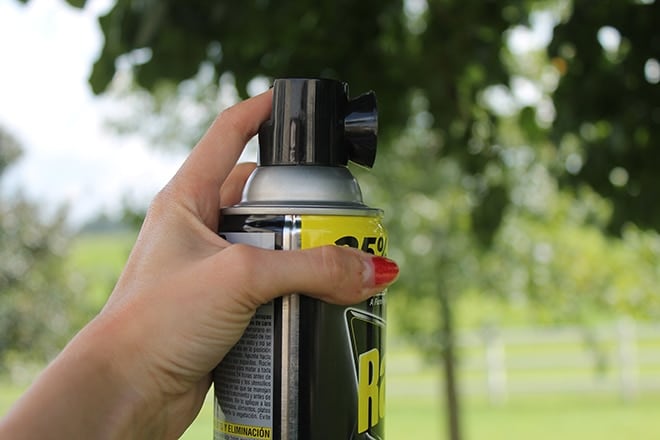 Wasp spray is not a substitute for pepper spray (and neither are substitutes for a gun). (Photo: Jacki Billings)

Facebook posts usually don’t get me riled up, but as I perused my news feed the other day one in particular got my blood pressure up. It was one of those posts that read like an email chain and had been simply shared by one of my Facebook friends.

The post described how wasp spray is a better substitute for pepper spray. I won’t subject you to the pseudo-facts presented in this article, because frankly it was all misinformation that doesn’t need to be printed twice.

Wasp spray, for the record, should never be used in lieu of OC or pepper spray. Let’s put this myth to rest with some facts on why insect spray should stay in the cupboard. 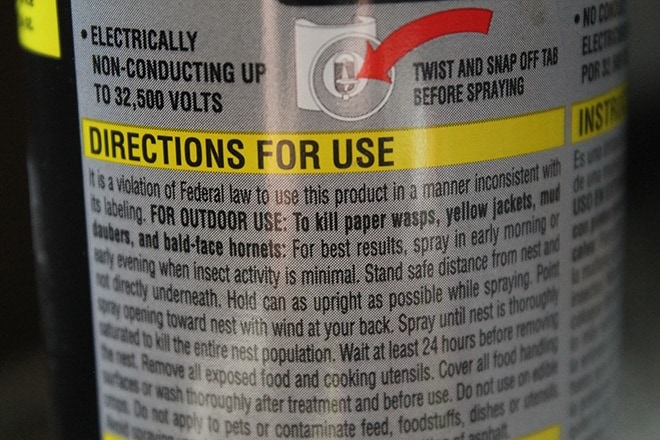 Legal warning on a can of Wasp Spray. (Photo: Jacki Billings)

“It is a violation of Federal law to use this product in a manner inconsistent with its labeling.” That little nugget is the very first sentence written under directions of use. Before the company even delves into describing how to use the product, they want to ensure you know that it is illegal to use it for anything other than the killing of insects.

By knowingly carrying wasp spray as a self-defense tool, you not only are placing yourself in danger (which we’ll get to later) but you’re also opening yourself up to some legal repercussions. You will have quite the time trying to explain to the bad guy’s lawyer why you were using a product outside of its intended purposes when it clearly states not to do so. 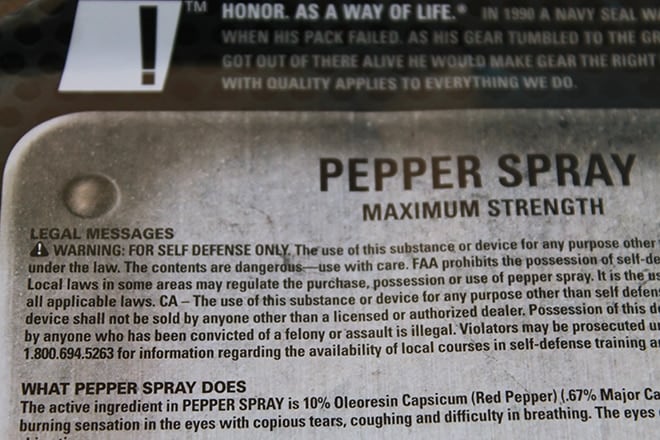 Pepper spray labels will carry similar warnings only with the mention that they are intended for self defense. (Photo: Jacki Billings)

Pepper, or OC, spray on the other hand carries a warning similar to this; “The use of this substance or device for any purpose other than self defense is a crime under the law.” It’s important to note that pepper spray explicitly names self-defense as its intended purpose.

The moral of this story is if you want less legal headaches; choose the spray that explicitly touts itself as a self-defense product.

The Facebook post argues that wasp spray acts just as well as pepper spray at disabling an attacker. To better understand how wrong this information is, let’s talk about what each spray contains and how they work. 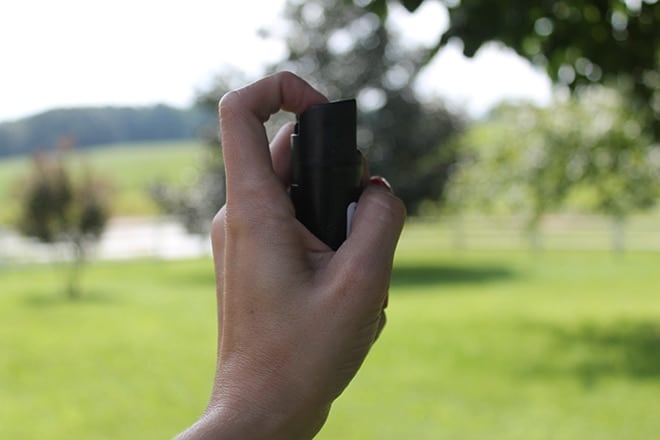 Capsaicin, the active ingredient in pepper spray, is an inflammatory agent that incapacitates an attacker. (Photo: Jacki Billings)

Pepper spray is an inflammatory agent. The active ingredient, capsaicin, affects the eyes, skin and respiratory system causing an involuntary, physiological reaction. Upon contact with the eyes, eyelids immediately shut and eyes water profusely. Contact with the nose and mouth results in contractions of the esophagus, trachea and respiratory tract ultimately restricting breathing. It also irritates skin, causing a burning sensation. Rubbing only makes the effects worsen. Water helps but it can take up to 45 minutes for symptoms to dissipate.

Wasp spray is a combination of chemicals but uses a pyrethroid compound as the active ingredient. This compound affects the nervous system of insects causing paralysis and ultimately death. Most vertebrates have sufficient enzymes to counteract pyrethroids, meaning they aren’t as effective on us as they are on insects. 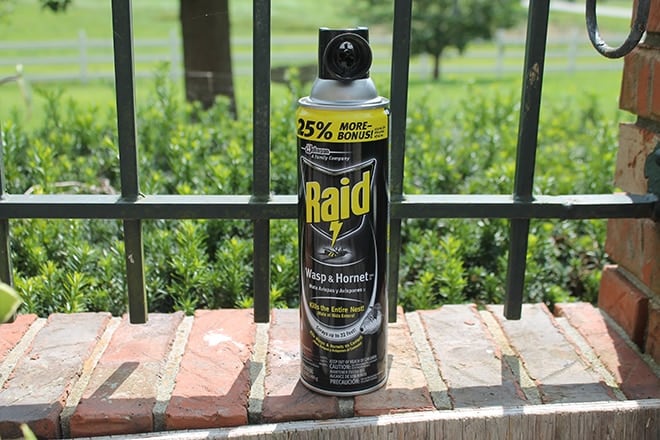 The active pyrethroid compound in wasp spray attacks insects nervous systems but is not nearly as effective on other animals. (Photo: Jacki Billings)

Individuals with very sensitive skin or an allergy to an ingredient in the wasp spray may experience greater side effects. It’s impossible, though, to know whether your attacker is one of those people. There’s no reason to risk wasp spray on the off chance your assailant is effected when there is an alternative that has been tested on humans and is known to cause involuntary physiological reactions.

If you prefer proof in the video form, wander over to SABRE’s Youtube page and watch as their “assailant” faces a both wasp spray and pepper spray.

Well what about accuracy and distance? Does wasp spray have an advantage? The answer is no. While a can of Raid may say that it can fire up to 27 feet, the reality is that the further the stream goes the wider it gets. Your only real shot is to get someone directly in the eyes with the wasp spray, but if the stream dissipates all over the place before it hits the target, you’re not going to accomplish that shot. 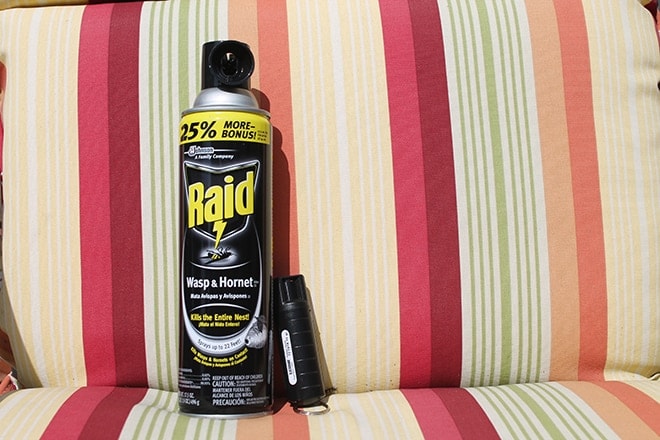 The only time to chose the wasp spray is when there is no other choice. (Photo: Jacki Billings)

Distance on pepper spray depends on the style of canister. Foggers and spray guns can reach between 20 and 25 feet; while the handheld variety usually fall between 10 and 12 feet. I’d gladly trade a few feet of distance for a product that I know works on most assailants versus one that requires precise aim.

I always prefer a concealed handgun to pepper spray, but in some states that’s just not an option. If you’re suffering under a non-pistol friendly regime and spray is all you have make sure you’re choosing the right one. Leave the wasp spray for the wasps.

Safety warning: Jacki Billings is a certified NRA instructor. Any methods or information described in this article is intended to be put into practice only by those serious about self defense with proper training.