In a departure from the new trend to add a polymer to revolvers, Kimber’s entrance into the field is a six-shot, .38/.357 features an all-stainless frame, cylinder, and barrel with a smooth satin finish. As a tip of the hat to obvious concealed carry use, the K6S is built on a small frame with a two-inch barrel and 1.39-inch wide cylinder– that they bill as the shortest of its kind on the market. 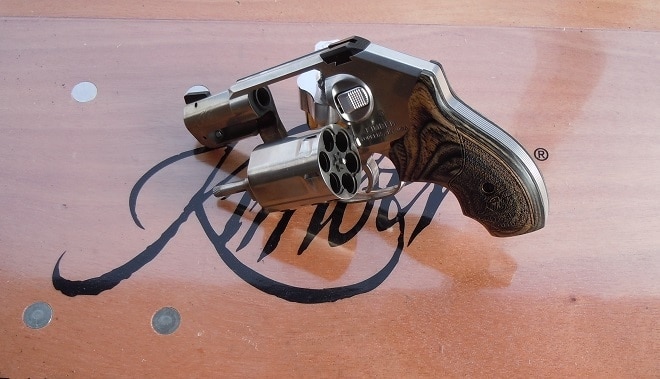 Overall length is 6.62 inches with a 4.46 inch height, or about palm sized if you have big mitts. (Photo: Chris Eger/Guns.com)

While overall length is 6.62-inches, weight is 23 ounces empty, which, combined with enhanced ergonomics, helps mitigate recoil and muzzle flip.

The internal hammer combines with a no-stack DAO trigger with a pull weight of 9.5-10.5 pounds. All of the KS6’s external edges are rounded and contoured with a trench cut rear sight and an almost recessed textured cylinder release button. 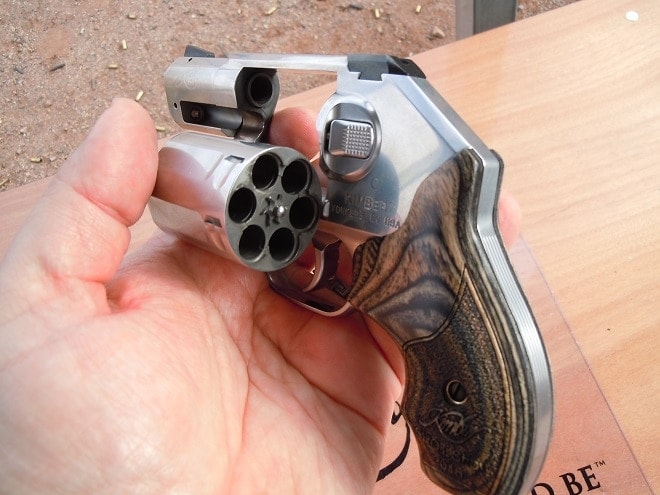 Kimber advertises the 1.39-inch in diameter left hand rotating cylinder is the widest part of the gun (Photo: Chris Eger/Guns.com)

The new revolver will be offered in three slightly different variants including the standard K6s Stainless, K6s Stainless with laminated grips as shown extensively in this post, and a Limited K6s First Edition. 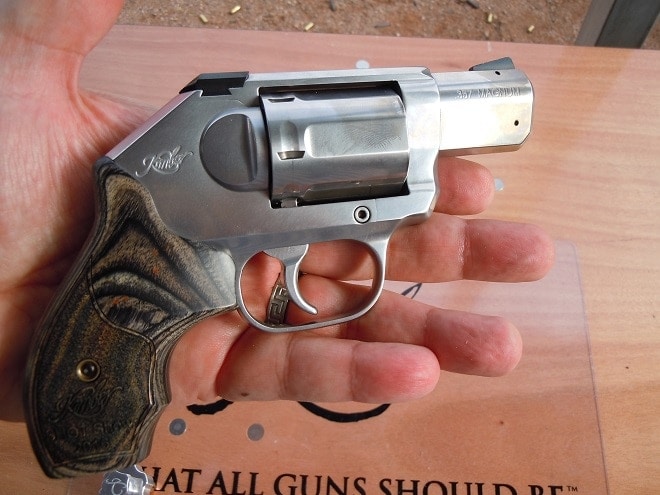 The KS6 is directed to the backup, concealed carry and home defense market (Photo: Chris Eger/Guns.com) 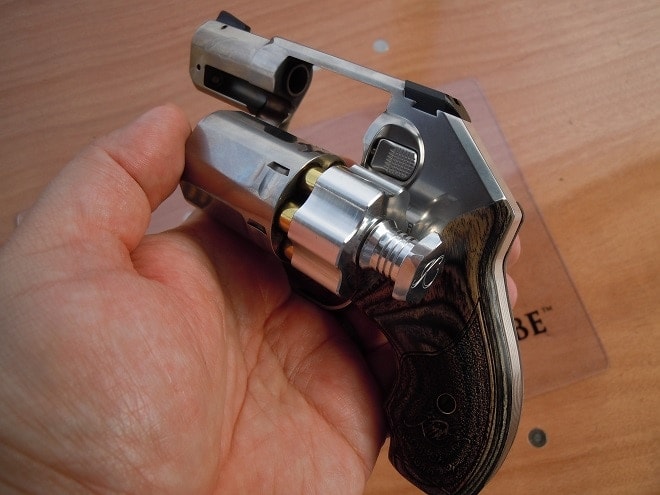 Kimber-branded aluminum twist type speedloaders were on hand although no word on if they will be offered (Photo: Chris Eger/Guns.com) 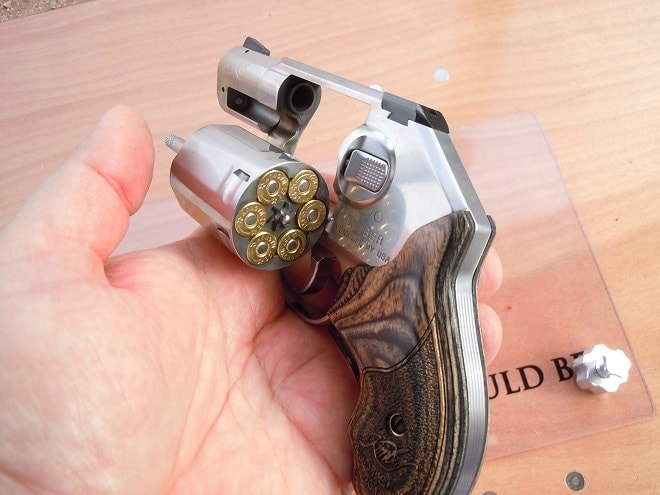 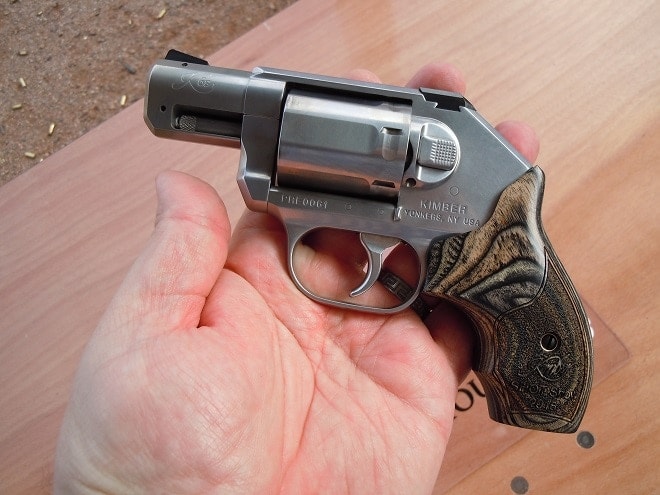 Guns.com was able to put a box or so through the KS6 at the range, and observed rather mild recoil for a snub nosed .38 (Photo: Chris Eger/Guns.com) 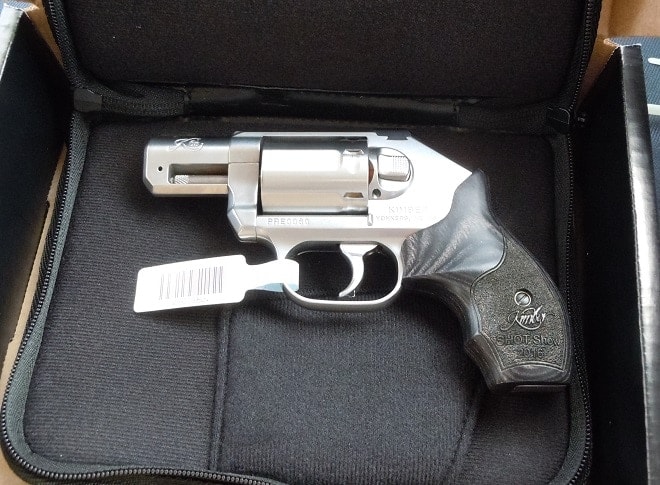 MSRP is $899, which compares favorably to competitors on the market such as S&W’s Model 640– though the Kimber is a six-shooter while the J-Frame Smith is a five-shot.