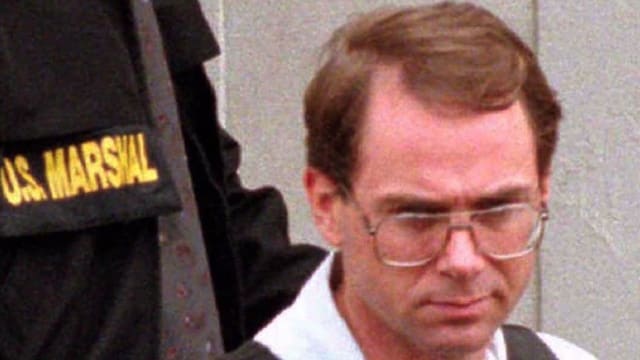 Terry Nichols, an Army veteran, helped support himself by buying and selling guns prior to 1995 and wanted to see his firearms sold to help his family. (Photo: NBC News)

A federal judge in Colorado last week ordered that a $7,000 firearm collection seized from Oklahoma City bombing conspirator Terry Nichols be destroyed rather than sold.

Convicted in 1998 for assisting Timothy McVey in the destruction of the Alfred P. Murrah Federal Building, Nichols is currently serving 161 consecutive life sentences at ADX Florence, a supermax prison in Colorado.

In 2013, the Federal Bureau of Investigation contacted Nichols about approximately 13 firearms they still had in their possession from his 1995 arrest which they wished to dispose of and could not return to him for obvious reasons. They included two Glocks, a S&W 10mm pistol, a Sako 7mm rifle, a Winchester Model 70 in .243, two Ruger Mini-30s, and a M72A3 LAW rocket tube.

This led one of the country’s most notorious inmates to turn jailhouse lawyer and pen an 18-page handwritten motion on notebook paper to U.S. District Judge Richard Matsch outlining why he should be able to have the guns, which were not used in the crimes for which he is serving time, sold and the proceeds turned over to his former wife for back child support or to survivors of the bombing. 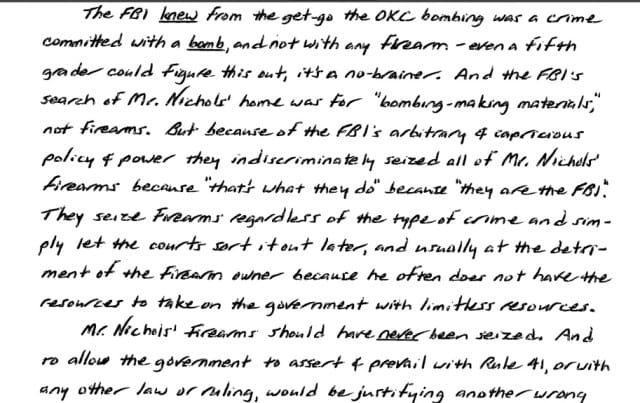 On April 15, Matsch issued a three-page ruling on Nichols’ motion, denying his requests and ordering that the guns be destroyed by the government who will then deduct the $6,922 value from the $14.5 million restitution he currently owes for his part in the bombing which claimed the lives of 168 people.

“This Court recognizes the commendable motivation of Mr. Nichols to benefit those to whom he feels a moral obligation to assist in their support,” wrote Matsch, but stated the $14.5 million owed to the government comes first. “The government has the statutory right to enforce the lien and pay the value of the property to the General Services Administration, crediting the amount to payment of restitution.”