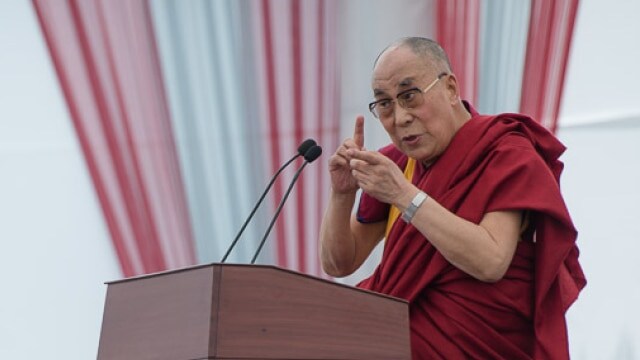 His Holiness the Dalai Lama has been outspoken ever since his exile, and he has weighed in a few times on self-defense and the use of force. (Photo:Tenzin Choejor/OHHDL)

The good folks over at Active Self Protection have compiled scores of memes in their “High Speed Dalai Lama” series which feature the exiled Tibetan spiritual leader dishing on modern self-defense.

The 14th Dalai Lama, 80, was born Lhamo Thondup and assumed duties in 1950, just after the Chinese invasion of Tibet. While he has been outspoken on everything from non-violence to Buddhism and various Mahayana and Vajrayana topics, he did once weigh in on gun rights.

While speaking at the “Educating Heart Summit” in Portland, Oregon, in 2001, when asked by a girl how to react when a shooter takes aim at a classmate, he reportedly said, “If someone has a gun and is trying to kill you, it would be reasonable to shoot back with your own gun.”

Which is the true source of this, correctly attributed, meme:

Further, at a 2009 speech at Harvard the Dali Lama explained that physical violence, when motivated by compassion, is “essentially nonviolence” which is kind of deep if you think about it and he was down with smoking Bin Laden.

However, the memes over at ASP may be a little harder to actually tie to the head monk of the Gelugpa lineage of Tibetan Buddhism. In fact, don’t hold your breath on that one.

But it doesn’t make them any less noteworthy. 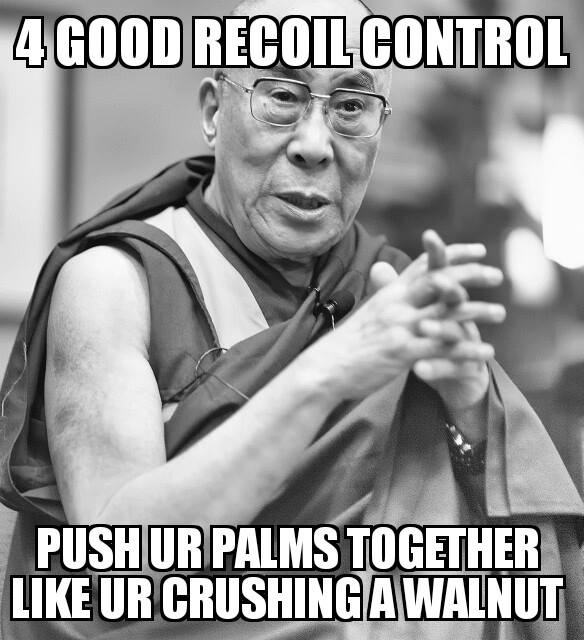 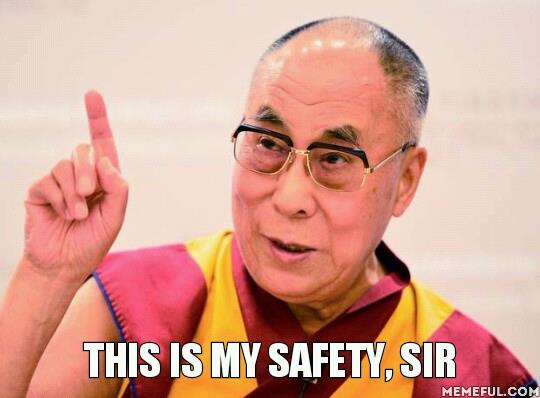 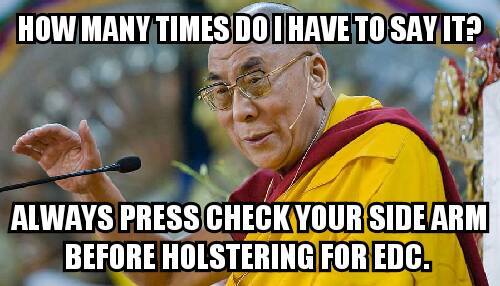 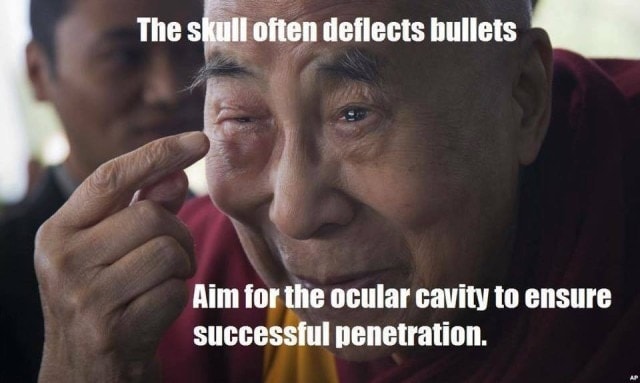 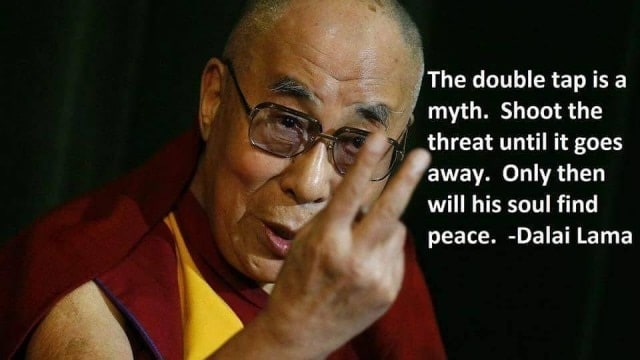 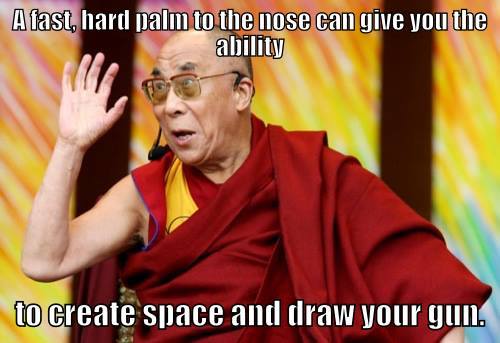 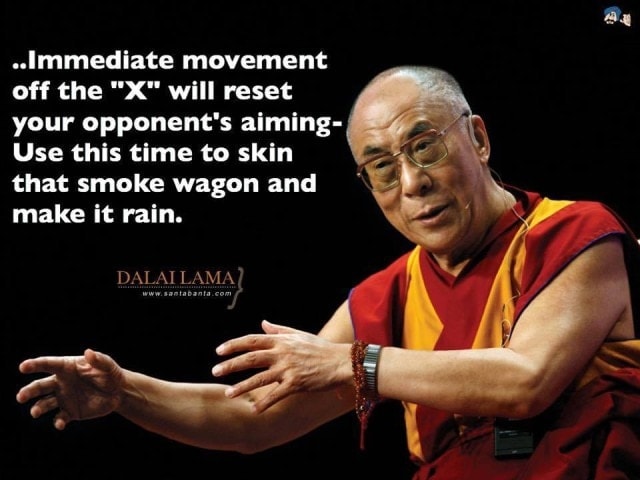 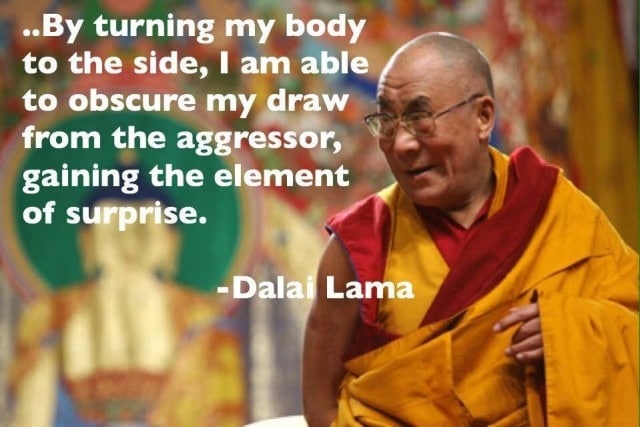 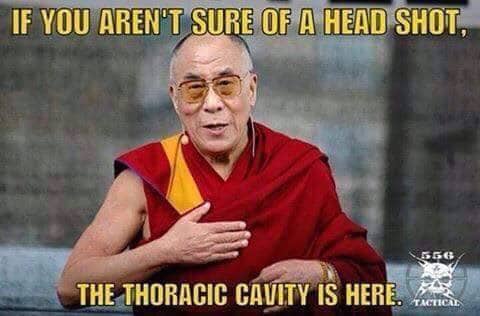 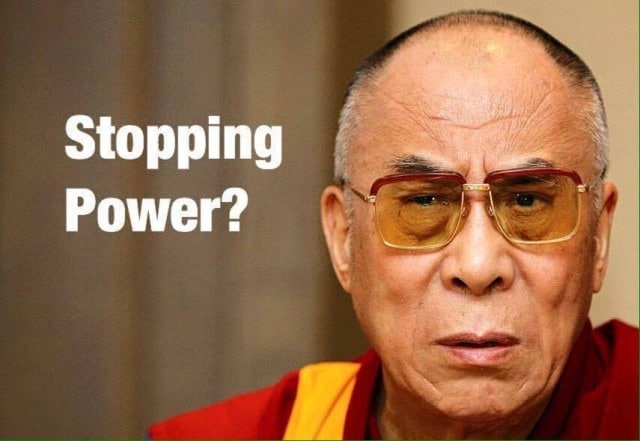 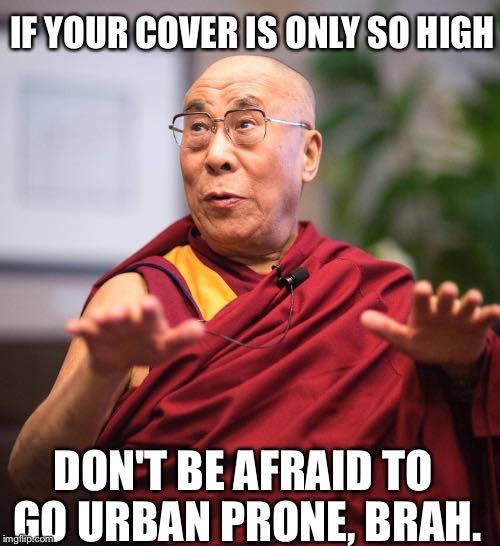 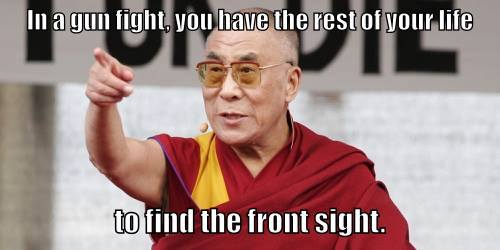 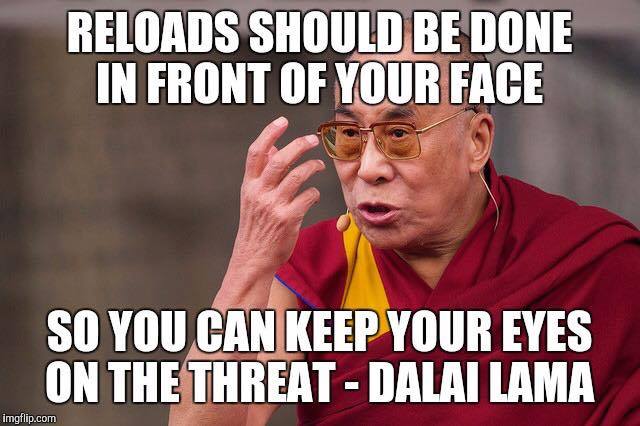 Of course, remember that any tactical advice, even if given via a holy man meme, is only as good as the digital ink used in posting it and is no replacement for instructor-led training courses by someone who knows what they are doing.

With that in mind, you can check out the rest of the album here.