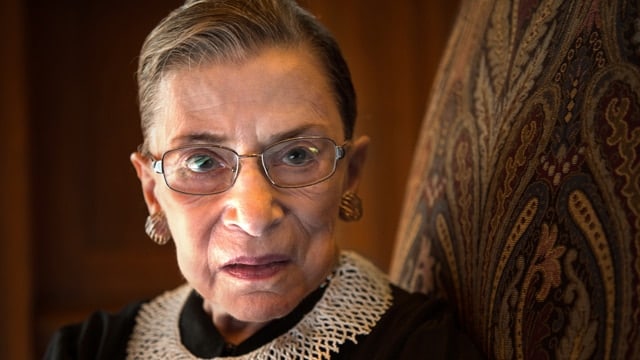 In an exclusive interview with The New York Times, Ruth Bader Ginsburg supplied commentary on a slew of Supreme Court decisions over the years including the landmark 2008 gun case District of Columbia v. Heller.

“I thought Heller was “a very bad decision,” she said, adding that a chance to reconsider it could arise whenever the court considers a challenge to a gun control law.

Heller established that the Second Amendment can be interpreted to mean a right to self-defense.

The ruling has been closely defended by gun rights groups even going so far as blocking President Obama’s nominee to replace the late Justice Antonin Scalia, who coincidentally wrote the favored Heller opinion, out of fear his pick would be a dissenting vote.

Ginsburg, known as a champion of women’s rights issues, wrote a dissenting opinion on the Heller case and has maintained those beliefs.

“If the court had properly interpreted the Second Amendment, the Court would have said that amendment was very important when the nation was new,” she said in a 2013 interview. “It gave a qualified right to keep and bear arms, but it was for one purpose only — and that was the purpose of having militiamen who were able to fight to preserve the nation.”

In defining the Second Amendment, she said: “The Second Amendment has a preamble about the need for a militia … Historically, the new government had no money to pay for an army, so they relied on the state militias. The states required men to have certain weapons and they specified in the law what weapons these people had to keep in their home so that when they were called to do service as militiamen, they would have them. That was the entire purpose of the Second Amendment.”