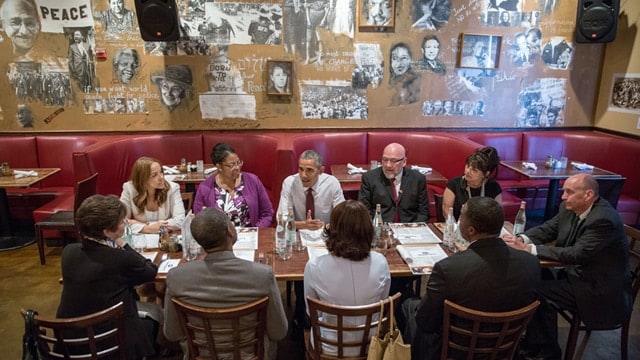 Most of the 214 federal inmates granted a commuted sentence last week by President Obama were convicted of drug crimes, but 56 also had gun convictions, which critics say undermine the president’s calls for stricter gun laws.

Of the 56 individuals, 30 possessed a firearm while trafficking drugs and 26 were felons in possession of a firearm (and some were both). Although they were not convicted of an act of violence, critics are calling federal firearm charges “serious, violent and under no circumstance should be considered low level” and warn the commutation will result in more crime. So it begs the question: is felony gun possession a violent crime?

“The answer is complicated,” said Eugene Volokh, a UCLA law professor who has written extensively about legal issues involving guns on his blog The Volokh Conspiracy, in an interview with Guns.com.

Although he didn’t know what the 56 individuals did or why their sentences were commuted, he explained labeling a crime as violent depends on the context of the incident.

“If indeed somebody has a felony possession conviction because he had a minor felony once upon a time and then was possessing the gun for laudable purposes, then yeah, we might say ‘yeah, this is a basis for exercise of mercy — for clemency,’” he said.

“On the other hand, if (the inmate) has a felony possession conviction, but the backstory is he’s likely … to be possessing his gun as part of gang activity, well, then we might say, ‘no, you shouldn’t exercise clemency,’” he added.

As for the president’s decision to grant commuted sentences, Volokh said the question should focus on whether the inmate will do something bad or was willing to do something bad.

“It’s a question of what seems right under the circumstances,” he said. “And you may say that’s a very non-rule of law thing, and it is.”

Presidents rarely explain their reasoning for granting clemency, which is part of their executive privileges. The White House said the vast number of commutations was part of a 2014 effort to “make meaningful changes to this country’s approach to clemency.”

According to a 2014 statement from the U.S. Attorney General’s Office on the “clemency initiative,” the Justice Department has six criteria that it considers when reviewing clemency applications. These include inmates who: