How will Remington pay for the trigger settlement? 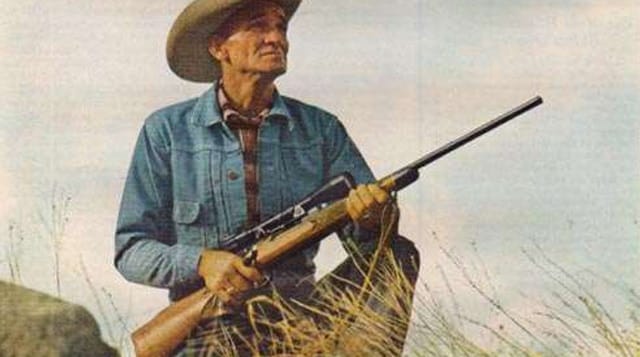 An artist’s depiction of a solemn man wearing a jean jacket, cowboy hat and carrying a Remington 700 hunting rifle through the grass.

A federal court will soon announce the price Remington Arms will pay to settle a class action suit regarding its defective trigger design, which has been blamed for more than a dozen deaths and countless injuries. The cost could be as much as $487 million — more than half of Remington’s total revenue in 2015.

Given the potential costs, investors during last week’s quarterly conference call asked how the embattled gun maker would cover the settlement.

The company’s chief executive officer, Jim Marcotuli, gave the short answer in that he didn’t know.

“Haven’t made a decision on that at this point. I think it depends exactly on what time of year that that happens,” he said, but gave assurances that costs would be covered.

The final hearing is scheduled for February, the tail end of what the gun industry calls trade show season in which gun makers and companies showcase new products for retailers, distributors and other clients. Trade shows butt up against holiday shopping and hunting seasons, which occur in the final months of the year. Unlike its competitors, Remington’s fiscal year coincides with the calendar year, so the company can consistently anticipate gains during its fourth and first quarters.

Yet, sales won’t likely determine how Remington will cover the settlement but rather operating costs will. Companies tend to boost production in preparation of an increase in demand. Also, last year, Remington consolidated manufacturing efforts for more than a dozen of its brands and filed the costs under operating expenses. Money budgeted for future endeavors may be re-directed.

To be clear, though: this is all conjecture. If Remington hasn’t yet explained how the costs will be covered, neither can Guns.com. But we can point to other contributors Remington may use to cover the settlement.

Marcotuli, along with the company’s third quarter report, assured investors that the price of the final settlement will likely be negotiated down to a reasonable estimate and financially responsible. In other words, it won’t cost nearly half a billion dollars.

Remington also maintains insurance coverage for product liability claims. According to the third quarter filing, the policy expires Dec. 1. However, a review of other quarterly reports appears to show the policy renewed annually. Yet, it’s unclear if or how the policy will affect this particular settlement.

To investors, Marcotuli confirmed the company has roughly $110 million in cash that could be used to handle payments as well as revolving credit and other assets. “Depending on the results of that hearing we’ll evaluate at that time,” he said.

The settlement is a result of a class action case targeting Remington’s Walker Fire Control system, a trigger design for the iconic Model 700 hunting rifle. The gun maker has sold more than 7.5 million Model 700s since it’s introduction in the 1960s. A Missouri federal court sided with the plaintiffs and ordered settlement negotiations in 2014. The final hearing is scheduled for Feb. 14.