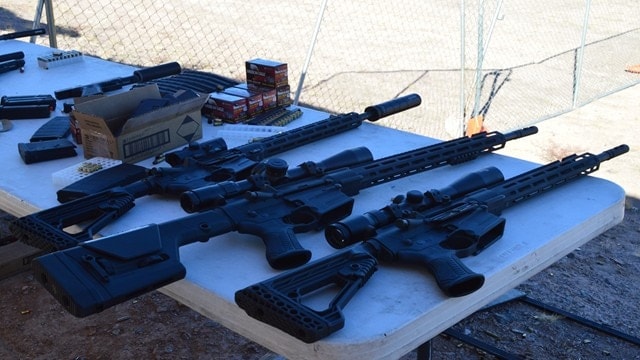 Savage’s line of four MSR rifles were on the range at SHOT, with a pair of MSR-15’s and a pair of MSR-10’s.  Shown here from top: Recon, Long Range, and Hunter. (Photo: Kristin Alberts)

One of the biggest splashes of the year belongs to Savage, as they debuted not one, not two, but a full line of direct-impingement AR-style rifles for 2017.

With the tagline “Better Has Arrived” and “Better Becomes Standard” the MSR model, stands, of course, for Modern Sporting Rifle. Savage introduced not one, not two, but four models:

MSR15 Patrol: the entry-level to Savage’s MSR lineup comes with above-average features.  First, there’s the mil-spec upper and lower receivers.  The 15 platform Patrol is built with a .223 Wylde chamber, allowing the firing of both .223 and 5.56 ammo.  The 16-1/8-inch barrel with 5R rifling is covered with Melonite QPQ finish.  Unlike the other three upgraded MSR’s the Patrol has a standard mil-spec trigger. 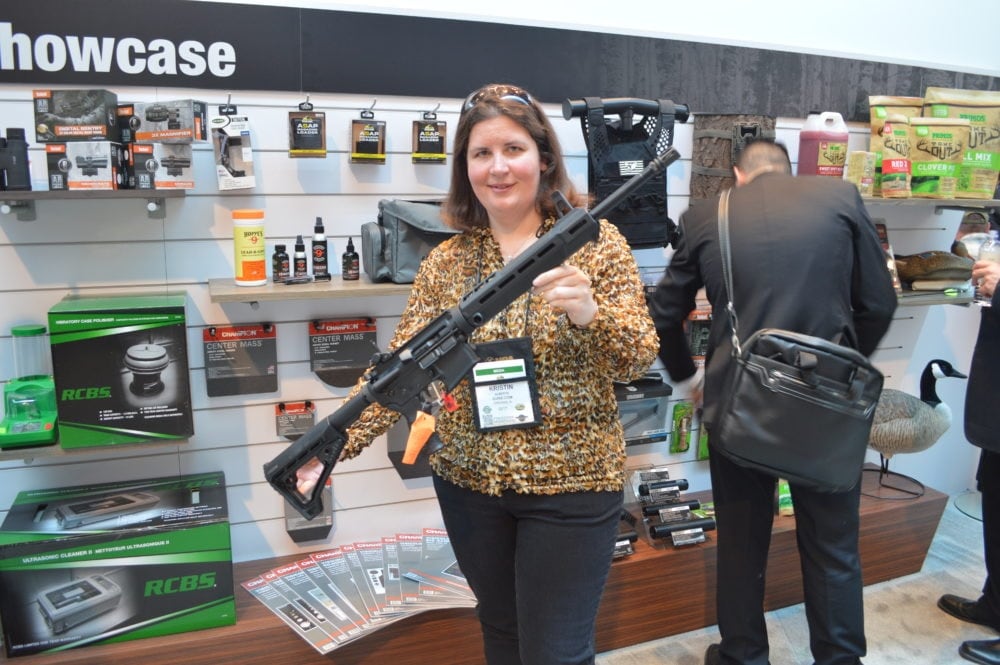 Savage’s big splash at SHOT was the MSR line of rifles, including this entry-level MSR-15 Patrol chambered in .223 Wylde. (Photo: Kristin Alberts)

MSR 15 Recon: Like the Patrol, the Recon is built with a .223 Wylde chamber, allowing the firing of both .223 and 5.56 ammo. The 16-1/8-inch barrel, mid-length gas system, free-float M-LOK handguard, Blackhawk! Knoxx pistol grip, and Axiom Carbine stock.

The Recon also includes Blackhawk! flip-up sights and weights seven pounds bare. MSRP on the 30-round Recon is $999. 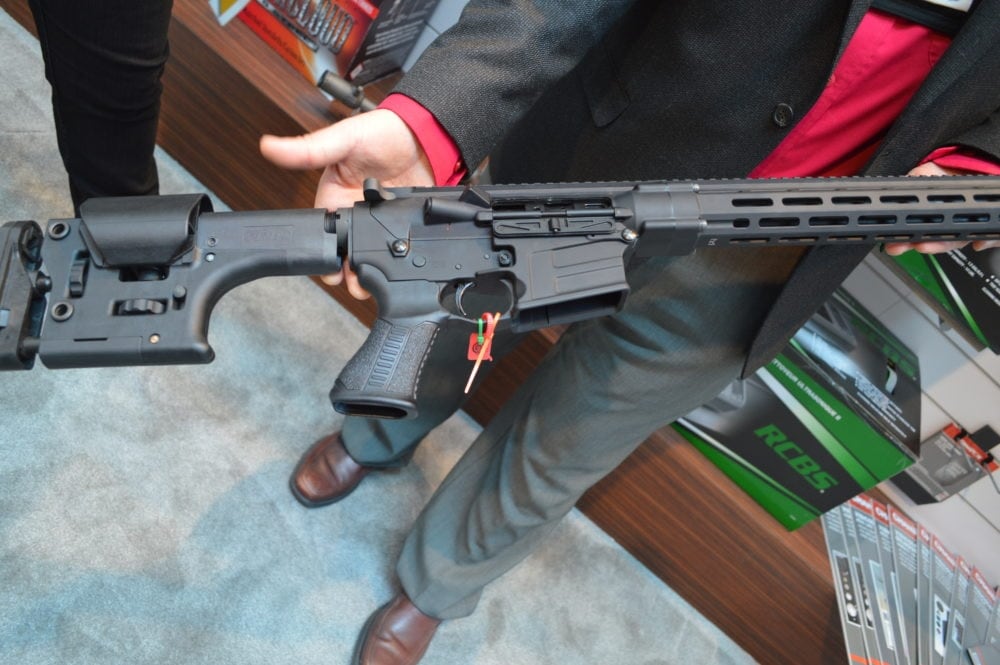 Detailed look at the Savage MSR-10 Long Range rifle, chambered in either .308 or 6.5 Creedmoor,  with Blackhawk! furniture. (Photo: Kristin Alberts)

MSR 10 Hunter: Savage’s MSR Hunter is touted as a compact platform for both .308 and 6.5 Creedmoor with 16-1/8-and 18-inch barrels respectively.  The Hunters wear a free-float M-LOK Handguard, Blackhawk! Knoxx pistol grip and Axiom Carbine Stock. They  weigh in at 7.8-8 pounds and come with 20-round mags.  MSRP on the Hunter is $1,481. 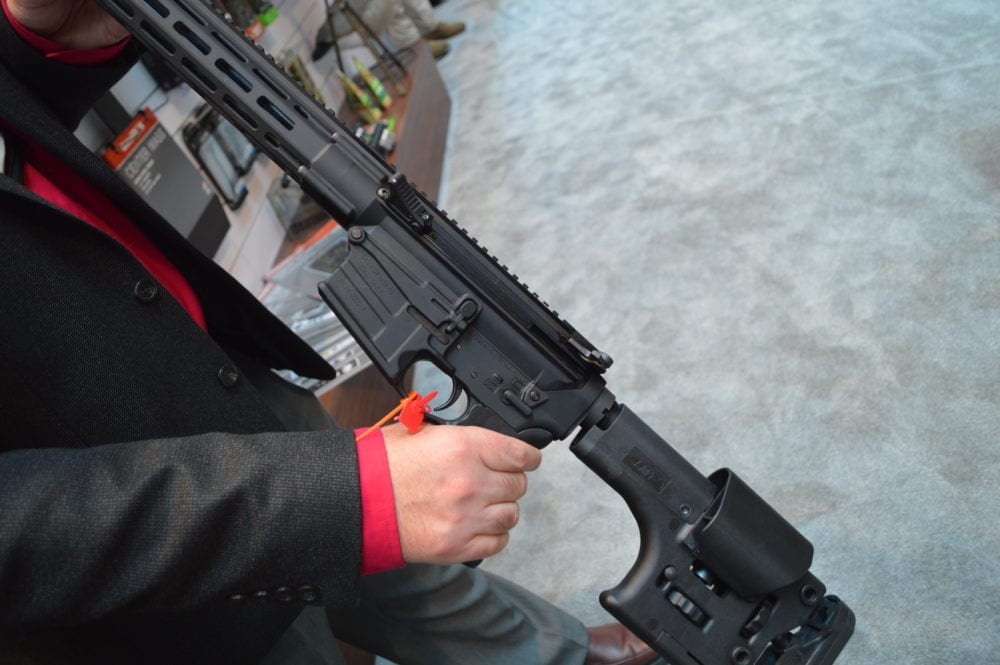 Savage’s MSR line is one of few side-charging AR-rifles on the market, with the side-detail shown here on the MSR-10 Long Range. (Photo: Kristin Alberts) 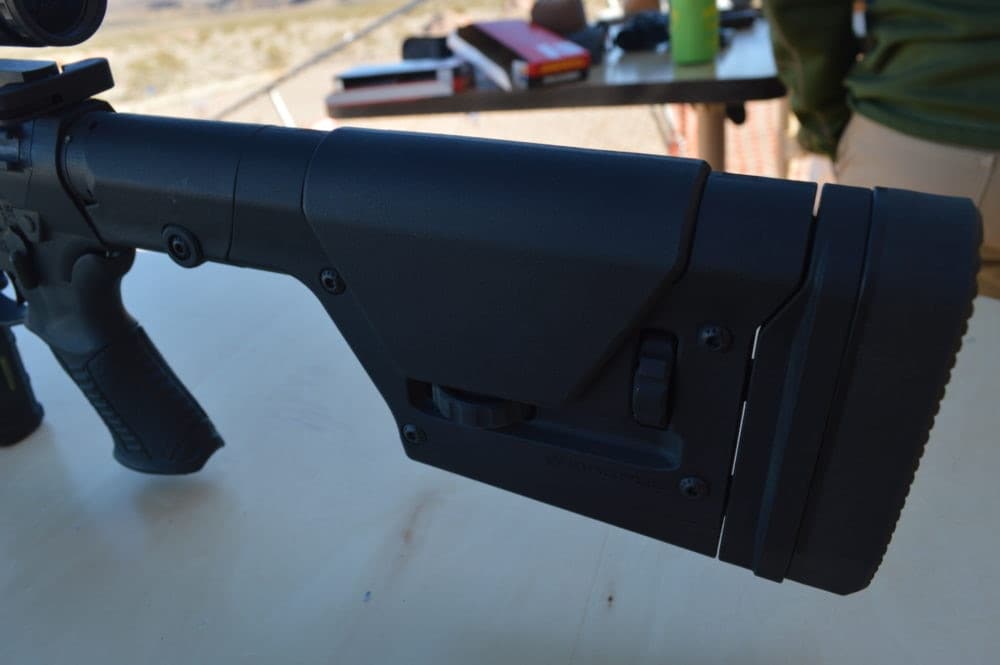 “These are high performance barrels you’d have to buy as an upgrade with standard AR’s,” says Savage Arms Marketing Director Bill Dermody.

There’s Blackhawk! and Magpul furniture, Savage even planned ahead for those who like to accessorize.  They have already prepared a full line of ammo, optics, mounts, cases, slings, adapters, and targets ideal for the MSR.