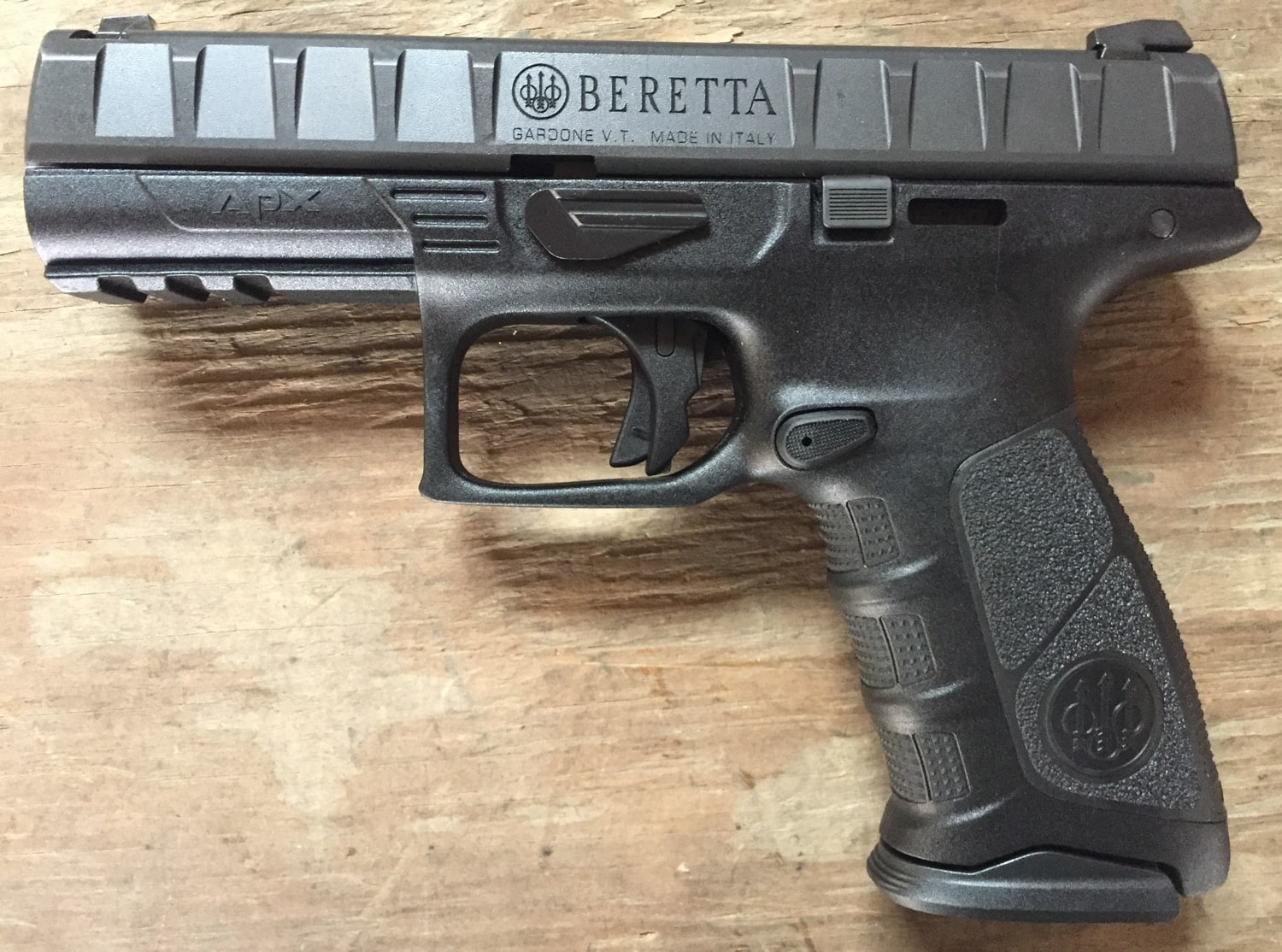 When the M9 became the standard sidearm for the U.S. military more than 25 years ago it also became the face of Beretta’s tactical identity, but as the military enters into a more modern era, so does the Italian gunmaker.

On Tuesday, Beretta announced the release of the APX, a pistol designed to compete against current law enforcement-oriented firearms. Building up to the release, the company hosted several industry rags — including Guns.com — to tinker with the new gun for two days in February at the Gara Training Facility in Montross, Virginia.

“We’re launching a whole new tactical identity that’s around passion and we’re going to use the APX to carry forward that message,” said Kim Eveland, Beretta’s director of brand marketing, during the introductory class on the handgun. “But equally important we had to get into the mindset of the tactical user.” 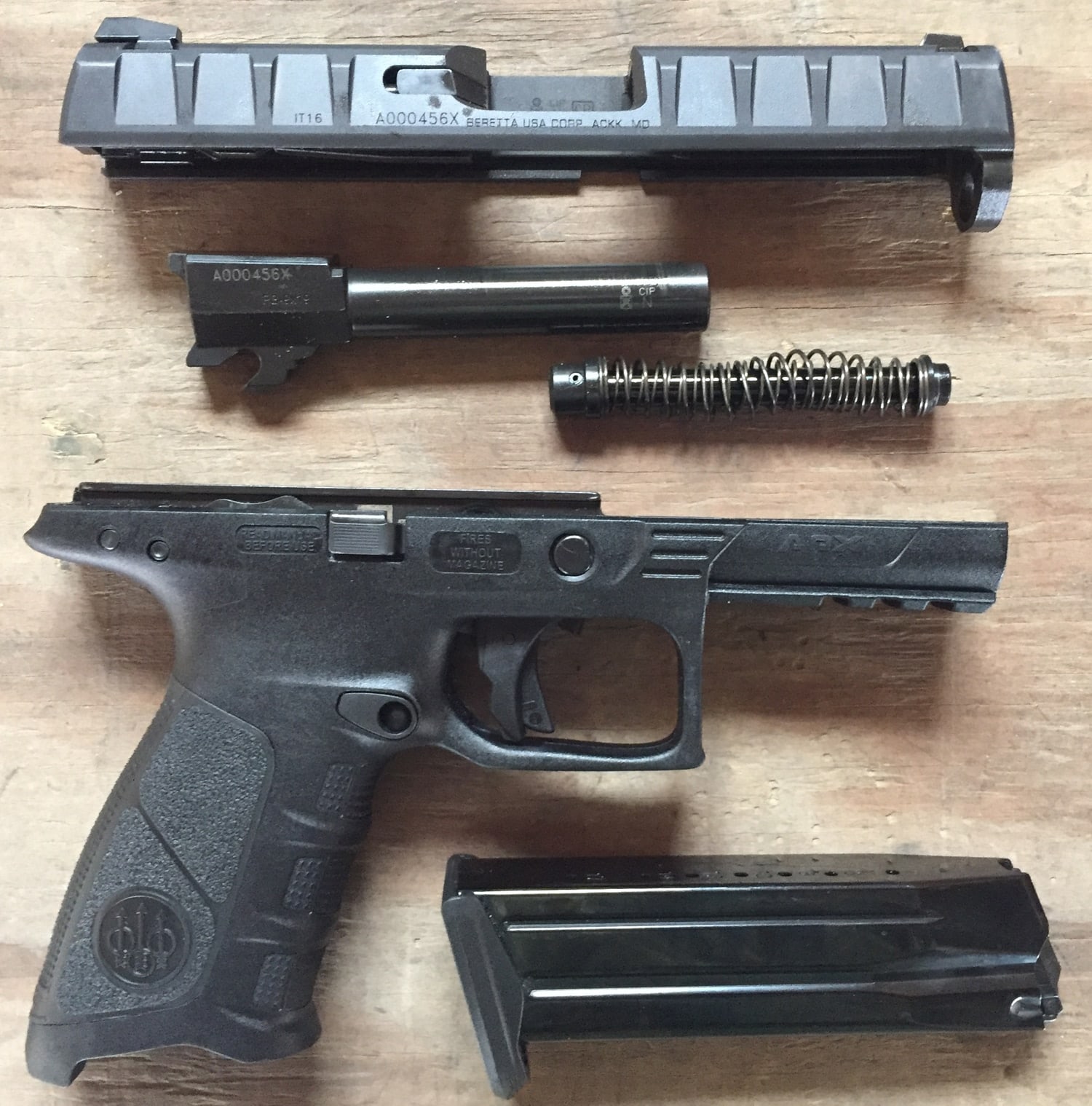 The APX is designed for simple takedown — just the flip of a switch. (Photo: Daniel Terrill/Guns.com)

With “passion” being the keyword — as in Beretta being passionate about developing tools for professionals — the gun maker aimed for a handgun “relevant to the tactical shooter,” Eveland said, adding, “The launch of the APX signifies a new era for Beretta, one in which innovation and emotion and the tactical mindset are engrained into the Beretta brand.”

Eveland explained they tapped into the “tactical mindset” through extensive research comprised of more than 50 focus groups and surveying about 500 law enforcement or military users. Using questionnaires designed to evoke responses on major and minor changes, feedback often focused on trigger pull or grip, which engineers tweaked until perfecting to the “95th percentile.”

While Beretta has offered modernized variants of the M9, the APX is already equipped with modern features, so comparing the two would be like comparing apples to oranges. Besides the initial chambering of 9mm, the two have almost no aesthetic similarities.

The APX is equipped with a polymer frame and a host of competitive features putting it on par with other duty guns. The APX features a passive trigger safety, Picatinny rail, three-dot sights, reversible mag release, and interchangeable backstraps, but what stands out most are the slide serrations spaced finger-width apart that run the entirety of the slide and the fully flat trigger. 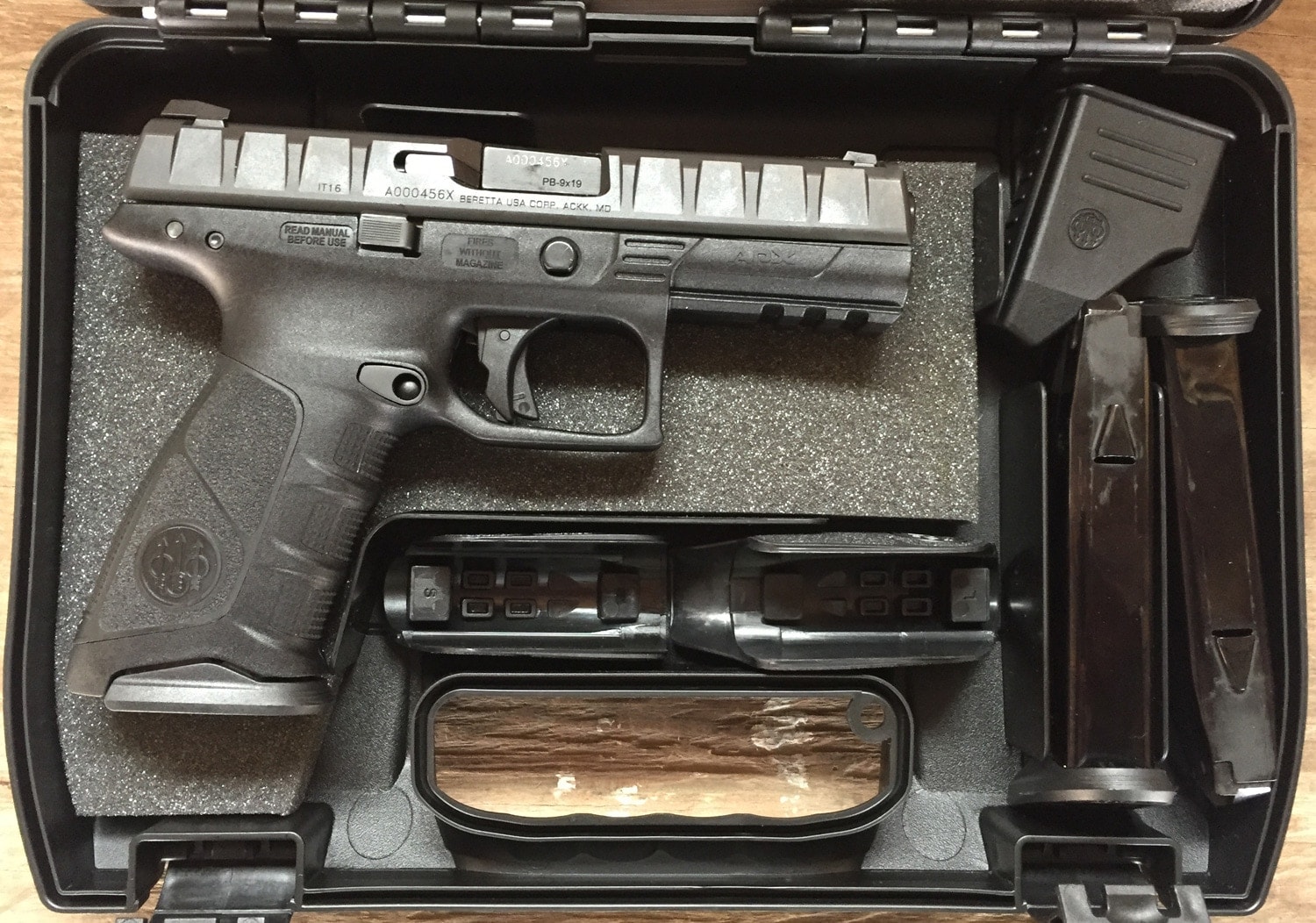 Off the shelf, the APX comes with two 17-round magazines, two interchangeable grips and a mag loader. (Photo: Daniel Terrill/Guns.com)

The simple design afforded easy manipulate, even under little to no visibility; trigger pull felt smooth and tuned for effortless control; and the full-size frame allowed for positive control and soft recoil. Also, the APX performed flawlessly for hundreds of rounds.

By the numbers, the spec sheets lists trigger pull for the APX as approximately 6.5 pounds, the barrel 4.25 inches, 27 ounces unloaded, and a magazine capacity of 17 rounds. Retail price is listed as $525.

Although the pistol has been in international markets for two years and the company started shopping it around American police departments in December of last year, it will be available through U.S. retailers on April 15.