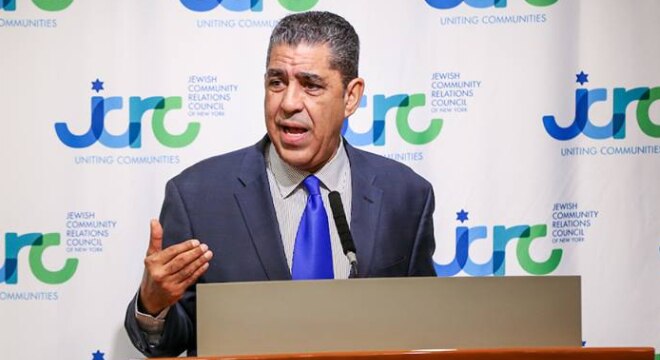 The measure, entered as H.R. 1278 last week, would amend federal law to consider firearm kits to be firearms.

“It is a little-known fact that individuals who would otherwise be barred from purchasing firearms still have the ability to purchase a gun assembly kit online,” said U.S. Rep. Adriano Espaillat, D-NY, in a statement, going on to contend such items, which are typically sold without a federal background check, are a public safety risk.

“Guns assembled using these kits are called ghost guns because they are often times completely untraceable, assembled using a receiver that does not have a serial number, and are almost impossible to be tracked by law enforcement,” said Espaillat. “The Ghost Guns Are Guns Act closes this loophole as these guns are more often used in violent crimes and pose serious safety concerns to our communities and law enforcement.”

The measure, co-sponsored by Illinois Democrat Brad Schneider, would add the broad definition of “any combination of parts designed or intended for use in converting any device into a firearm and from which a firearm may be readily assembled” to the definition of what constitutes a firearm under federal law.

The term “ghost gun” popped up in the political lexicon in 2014 when California Sen. Kevin de Leon backed a proposal to regulate unserialized firearms made out of unfinished gun parts through the state Department of Justice. After repeated efforts by lawmakers on the West Coast, California adopted a series of new requirements on such homemade guns in 2016.

As for Espaillat, he made history last November by becoming both the first Dominican-American congressman and first formerly undocumented immigrant in Congress when he beat out Republican Tony Evans to replace longtime U.S. Rep. Charles Rangel (D). The freshman congressman has since introduced a bevy of legislation aimed at limiting the power of presidential executive orders and preserving Sanctuary Cities.

His ghost gun measure has been referred to the Republican-controlled House Committee on the Judiciary.