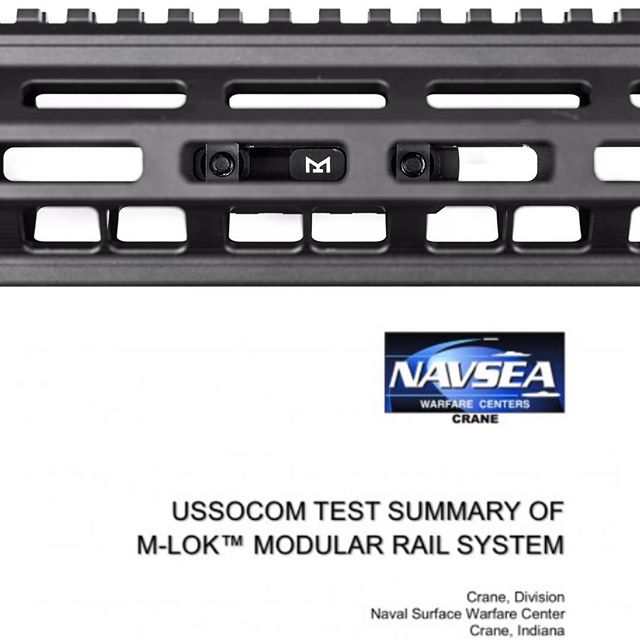 After tests conducted by the Naval Surface Warfare Center against other rail systems, the U.S. Special Operations Command went with the open-source M-LOK.

As reported by Soldier Systems Daily who obtained a copy of the 2016 report from USSOCOM and posted a summary, tests of Magpul’s rail system against unnamed competitors left M-LOK on the top of the pile.

Repeated installation of the same rail in the same location experienced a point of aim shift of 1.3 MOA, which was less than other systems tested. Drop tests and load tests found M-LOK eventually failed but only at much higher loads than comparative rails.

In a statement posted to social media late Thursday, Magpul confirmed the document saying, “We’ve finally been approved to release this. We’d like to thank all of those who have worked with, helped advance and adopted the M-LOK system for their own products and helped to make it what it is today.

“And yes, as promised, M-LOK will continue to be a FREE license to interested parties,” concluded the company.