Guns confiscated and forced to flee during Hurricane Katrina 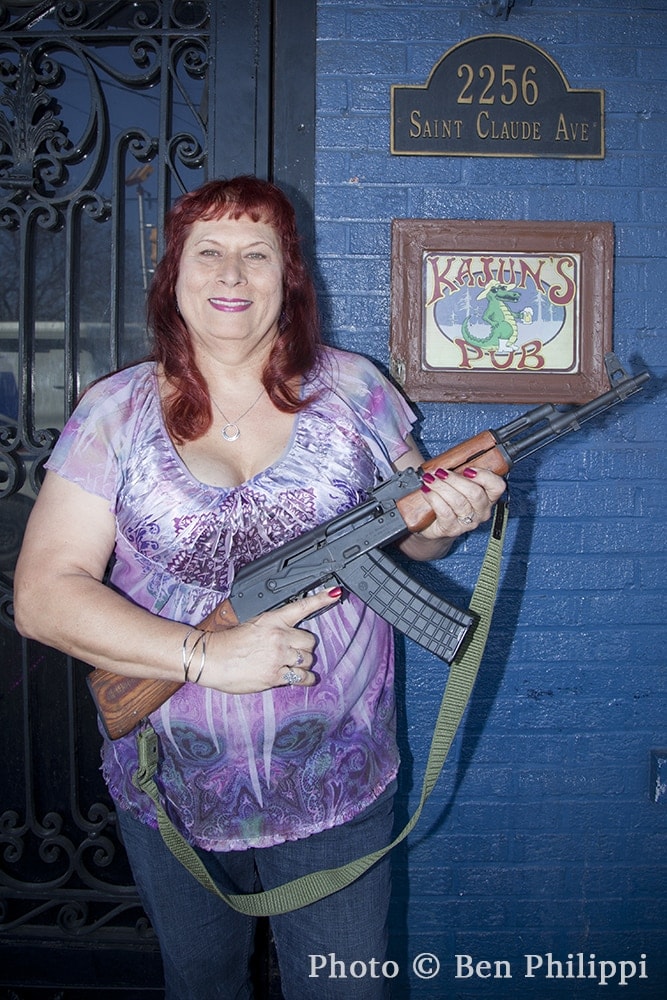 Kajun’s Pub in New Orleans was built from scratch by JoAnn Guidos. It opened in 2004. A year later, Hurricane Katrina hit. Despite evacuation orders, JoAnn remained. She protected her pub from looters with a shotgun. That is until US Marshalls showed up with their M16s.

We stayed open during Hurricane Katrina and the levee failures. Even though we took a couple of inches of water, we had generators and beer and protection. I pulled my guns out to let the scavengers know that this wasn’t a place they wanted to be.

For the next week and a half, the police, firemen and rescue workers all saw me with my guns out around my bar and none of them said a word. They knew I was protecting my business, my customers and my staff. We became the hub of the neighborhood because we were the only safehaven. Several times we supplied ice for nurses and caregivers for their patients. They told us later that we saved lives. None of that would have happened if I hadn’t had my guns because the police could only do so much.

Nine days after Katrina made landfall, a New Orleans Police Officer showed up and told us we had to leave – a ‘mandatory evacuation’. I told him ‘you come back here at five and we’ll go together.’ I never saw him again.

That’s when the U.S. Marshals came.

They pulled their M16s on us and told us all to get against the wall. They came in and confiscated all my weapons. And by confiscated, I mean taken at gunpoint. I have never been able to recover any of my original collection, but I have since replaced them with new ones.

I’m a survivor. I lived through Betsy, Camille, Andrew and Katrina. I know what it means to be a responsible well-armed citizen. My guns represent my protection and my freedom. I’ll be damned if I will ever allow my weapons to be confiscated again. – JoAnn Guidos