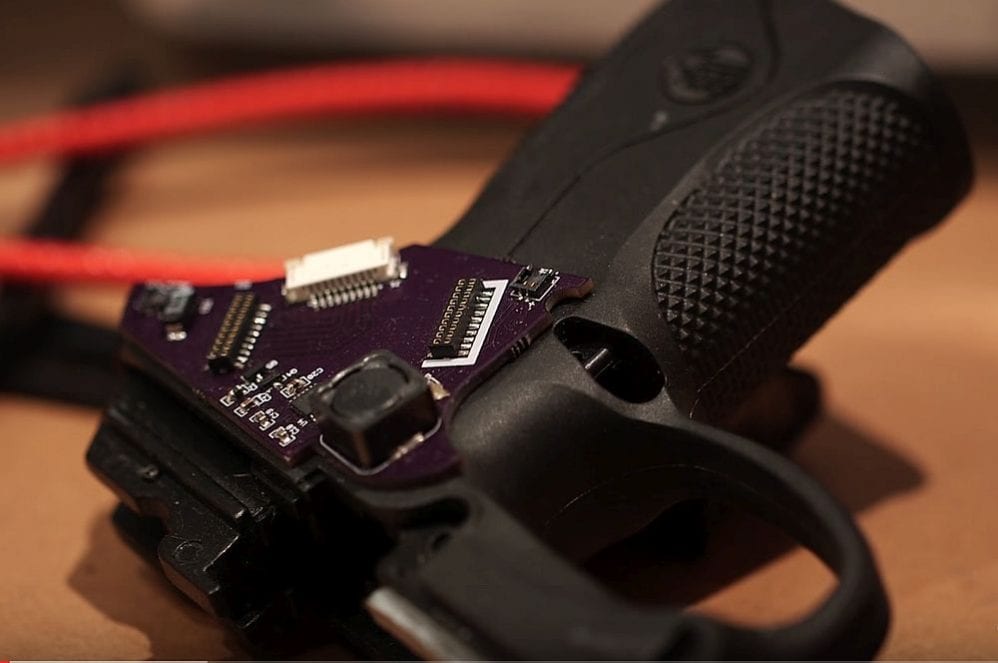 “We wouldn’t drive in cars or use baby cribs that didn’t adopt the latest safety technology, and we shouldn’t use guns that don’t take advantage of this technology either,” says Maloney. (Photo: WSJ/YouTube)

A New York Democrat has introduced a measure to the U.S. House which would require the sale of handguns with authorized user technology.

U.S. Rep. Carolyn B. Maloney reintroduced The Handgun Trigger Safety Act last week which pushes “smart guns” by ordering within five years that all newly manufactured handguns include technology enabling only authorized users to fire the pistol. Existing handguns would have to be retrofitted within 10 years. The lawmaker argues a mandate to only sell guns so enabled with lock-out features would save lives.

“How many more kids have to die? How many more police officers have to be killed with their own weapon before we come to our senses?” said Maloney. “We wouldn’t drive in cars or use baby cribs that didn’t adopt the latest safety technology, and we shouldn’t use guns that don’t take advantage of this technology either.”

The bill, filed as H.R. 2380, would authorize grants to develop the technology and mandate that, within five years of adoption, all new handguns made in the country would be personalized, and that within 10 years all pistols offered for sale would have to be retrofitted with the technology. Manufacturers would be able to defray the cost of retrofitting by applying for grants from the Department of Justice.

Maloney, in a statement through her office, contends that smart guns have been available to consumers for years even though gun shops have declined to stock the few commercial offerings over a backlash from gun rights advocates.

The National Shooting Sports Foundation, the trade organization for the gun industry, told Guns.com on Tuesday it has never opposed the research and development of “authorized user recognition” technology being applied to a firearm. Rather, the group opposes “one size fits all” legislative mandates such as Maloney’s bill and others introduced in the past.

“We believe — as do the technology firms trying to develop this technology — that the free market should be allowed to function. Consumers should be allowed to purchase the products that meet their needs and manufacturers will respond to meet those needs,” said Larry Keane, senior vice president of government and public affairs for the NSSF, in an email.

“Even if the technology existed — and it does not yet — this bill absurdly mandates that firearms sold decades ago be retrofitted,” continued Keane. “It is like asking Ford to retrofit a Model T with ABS brakes. It demonstrates this bill is not serious and is just an exercise in political grandstanding.”

The bill has been double referred to the Republican-controlled House Judiciary and Energy and Commerce committees while U.S. Sen. Ed Markey, D-Mass, is set to introduce a companion bill in the Senate. Markey debuted a similar bill in 2014 while Maloney introduced one in 2015, neither of which left committee.

With the GOP in firm control of Capitol Hill and President Trump, who promised members of the National Rifle Association last month he would remain firm on gun rights while in the White House, the likelihood of a smart gun mandate passing into law is slim.