Why this single mother bought her first gun 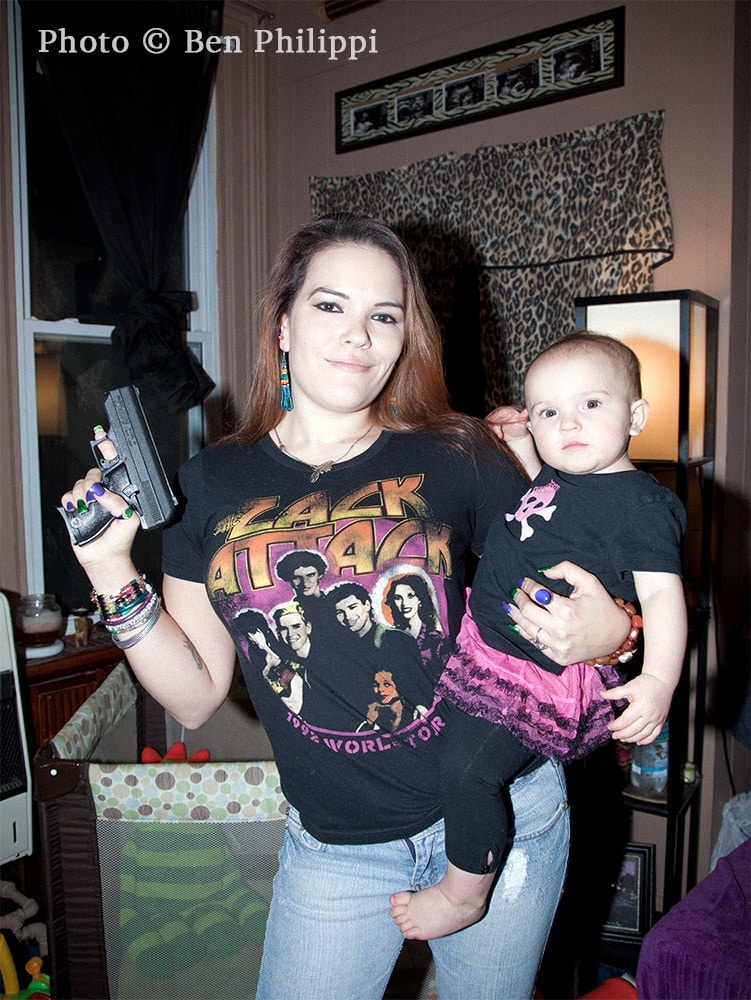 As a single mother with a young child, Dominique Carmen Bear never thought she needed a gun for self-protection. But when someone tried to kick down her door in the middle of the night, she changed her mind.

Growing up, my first stepfather was into hunting in a major way. My sister and I were given strict orders to NEVER EVER EVER touch the guns, or even go near
them. This fear stuck with me.

Of course, I grew up, left home and eventually had boyfriends and friends who owned guns. Even then, I wouldn’t touch them. The years went by and I entered my thirties and moved back to Missouri. I’m pretty much surrounded by guns now and I discover that all of my fear of them is gone. Instead, I’m fascinated.

I spent many summer afternoons target shooting with friends. I enjoyed shooting but never bought a gun. I didn’t think I needed one. When I turned 31, I had my daughter Xandra D., and everything was fine. But then it happened.

I was awakened by a noise in the night. It was 2AM. I’d fallen asleep on the couch. Xandra D. was in her crib in the other room. My sleep-muddled mind was confused.

What is that loud-ass banging?! My phone rings at the exact same time and it’s my sister screaming, ‘Someone’s trying with all their might to kick in your door!’ My heart started pounding as adrenaline poured into my system. I was terrified! I ran through the kitchen, grabbed a butcher knife and charged into the bedroom. I knew that if they came in, I was screwed, but I had an eight month old to protect! I positioned myself between the door they were STILL trying to get through, and the bedroom. My sister, who remained on the phone lived above me. She went outside on the porch and yelled at the invader, ‘Hey!’

BAM! My patio light goes out and the intruder ran away. I stood there frozen while my sister called the police.

After this experience, I no longer felt safe. I had nightmares and I kept waking up at night to every little noise. I patrolled my home, listening, scared. At first, I started sleeping with knives under my pillows, hammers and pepper sprays hidden throughout my home. But it wasn’t enough.

Finally I bought my first gun. A 9mm. Immediately, I felt safer and much more confident in my abilities to protect my baby and myself. Sleep has returned and I keep it loaded and within arms reach when I go to bed.

Until someone has tried and/or succeeded in breaking into your home, it’s hard to describe the utter violation and fear it puts in your heart.

When it comes to my daughters well-being, there will be no warning shots!