Richardson Industries M5 Philippine guerrilla gun: A gun to get a gun 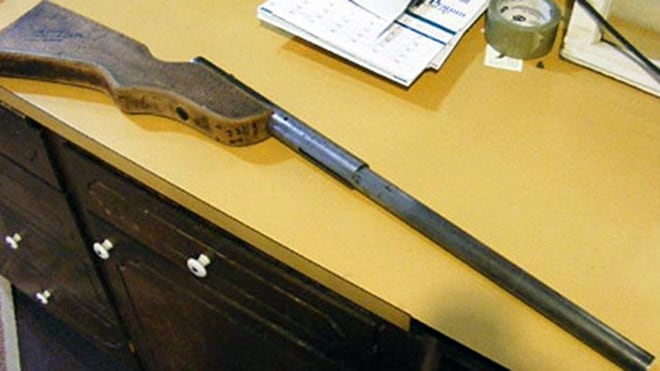 Americans have long been a fan of shotguns, pumps, semi-autos, over and unders, you name it, we love em. One red-blooded American even ran into an interesting one while doing a little Wolverines-style combat in the Philippines and thought it would catch on back home once the smoke cleared. His name was Richardson, and his idea is best known as the Philippine Guerrilla Gun. 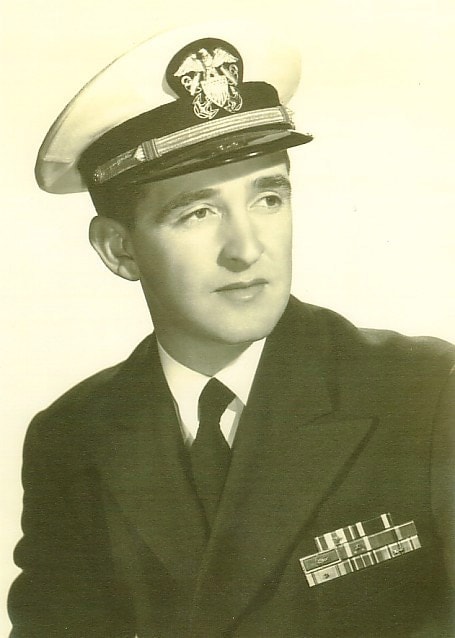 Iliff D. “Rich” Richardson was born the son of a Methodist minister in 1918. He learned basic survival skills as part of Boy Scout Troop 92 in Los Angeles, and attended Compton Junior College in the 1930s before joining the Navy in 1940. Stationed in the Philippines when the Japanese attacked Pearl Harbor, Rich was assigned to PT-34, an ‘expendable’ 77-foot plywood motor torpedo boat. After the craft was sunk in April 1942 by Japanese aircraft, Rich and the remaining crew went ashore and fought first with the US Army then later with Philippine guerrillas once the main US force at Corregidor surrendered.

It was in serving alongside these hardcore resistance fighters that Rich was introduced to the Philippine paliuntod and paltik guns. These homemade firearms, usually just a soft metal tube and a handle that held a nail, would fire a cartridge that was forced slam-fire style onto it. To say these guns were crude was an immense understatement. Nevertheless, they could be made in hidden jungle workshops by unskilled hands with simple tools. In the hands of a guerrilla it fell under the genre of a ‘gun to get a gun’, with the user simply taking the weapons of any dispatched Japanese soldier unlucky enough to be encountered. 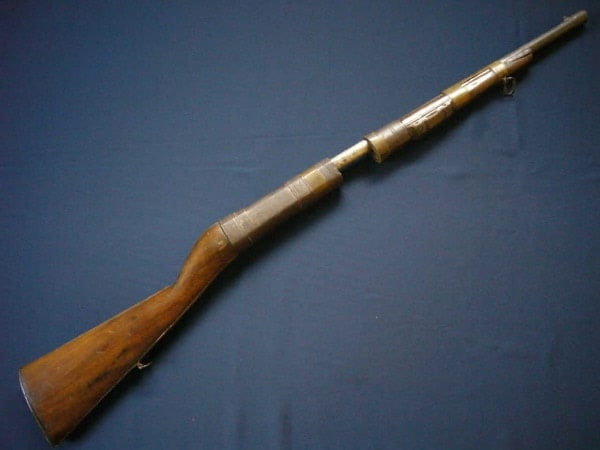 Philippine Palluntod shotgun of the type used in World War 2. Guns like these are still made in the Philippines today.

Rich fought with the Philippine guerrillas for three years until MacArthur (with a small bit of unsung help from the US Army and Navy) liberated the island chain. By that time Rich, besides being a Navy Ensign, also held the rank of Major in the Army. He was credited with helping tie an estimated 50 isolated guerrilla groups into one fighting force and tying down thousands of Japanese troops that the Emperor sorely needed elsewhere. 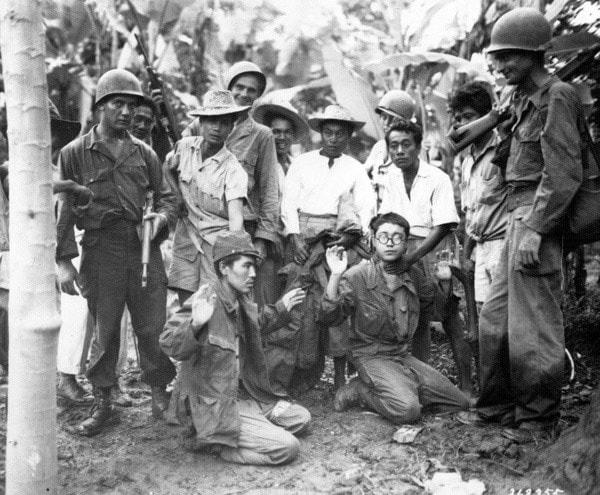 Allied forces show off a Japanese POWs. Filipino Guerillas and US Troops worked hand in hand (and oftentimes behind Japanese lines) while fighting on the Pacific island chain.

After the war, Rich left the military and both a book and film, “An American Guerrilla in the Philippines” chronicled his service.  Tyrone Power got the lead as Richardson’s character although the movie was loosely based on his actions. 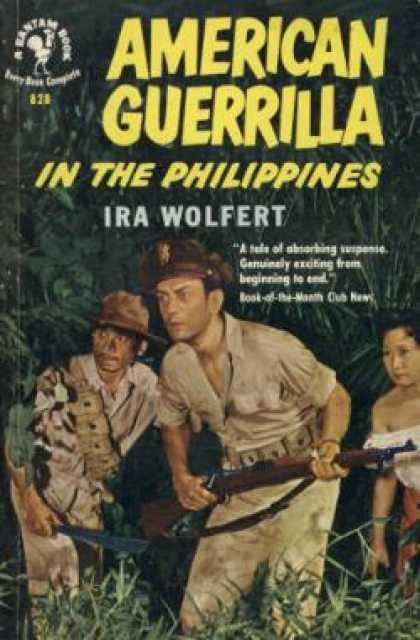 Remember how when the US Navy Special Warfare operators got Bin Laden, and then suddenly everything ‘SEAL’ (no matter how vaguely related) had an even larger demand? Well the same phenomena happened to the heroes of WWII and the things they carried. Rich readily took advantage of his newfound (and well earned) fame and began marketing the same types of crude shotguns that had won him over during the war.

In 1946, he founded Richardson Industries in East Haven Connecticut to sell his Model R5 Philippine Guerrilla Gun. This single-shot scattergun had no trigger, no hammer, no extractor, no magazine, no sights, and no choke tubes. All of these are needless extras to a freedom fighter. What the R5 did have was a plain wooden stock with all the quality of a mid-grade 2×4, a smooth bore steel barrel tube, and a receiver that was nothing but a slightly larger guide tube that held the barrel and a fixed breechblock with an exposed firing pin.

To load this 12-gauge (2.75-inch) shotgun, you just pulled the 24-inch long barrel out of the breech guide tube and dropped a shell into the breech end. After that, you carefully slid the barrel back into the receiver to have a loaded gun. To fire, the user grabbed the barrel and pushed it forward, then slammed it back fairly hard into the breechblock—and then held on tight.  The only thing locking the breech closed when the round fired would be the strong hand pushing on the grip and the other hand pulling on the barrel. To keep the gun from going bang with every little bump, a small lever that is mistaken for a trigger held the barrel in place and kept it from slamming back. 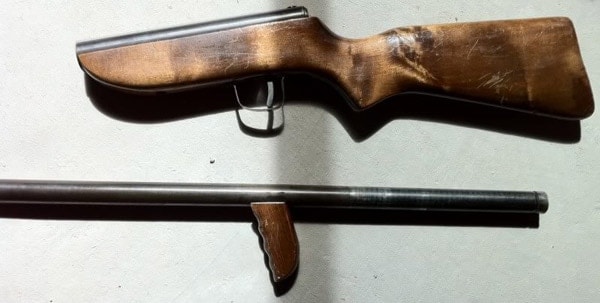 Deluxe model Richardson Guerilla Gun with foregrip and barrel safety lever (no, that’s not a trigger).

An even more basic model did away with the lever and simply used a wingnut to keep the barrel away from the firing pin until needed. The whole affair weighed just 5-pounds, had five (5!) parts for the simple model and 17 parts for the deluxe version. These guns were marketed for about $7 in 1946. When adjusted for inflation this is about $80 today, which is a little low for a new-build single shot 12 gauge, but granted the next lowest competitor has a few nice to have features such as a trigger and sights. But hey, that’s beyond the point with the Richardson. 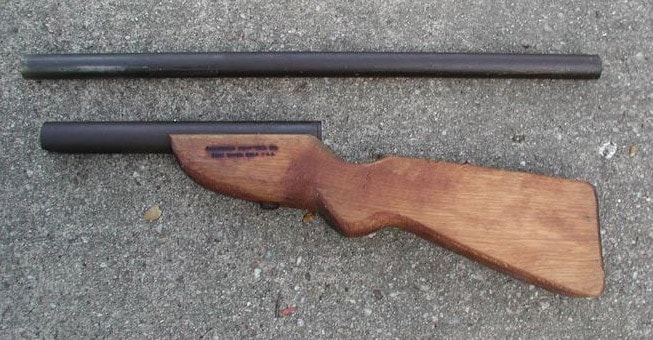 Basic model Richardson with barrel removed from receiver tube. These guns lacked both a foregrip and a safety lever.

Unfortunately, the R5 was never a hit on any level with the market place. Kinda like the Rossi Mare’s Leg of today, it was neat but it had no real utility and ceased production after just a year and if you think about it, for good reason. You couldn’t hunt with it. It was impractical for home defense. Sure it was simple and cheap but in 1946 you could also buy a nice used pump action shotgun for pennies on the dollar as Uncle Sam was liquidating huge stocks of sporting guns bought during the war to arm Home Guard units.

Basic model Guerilla Gun with wingnut safety instead of lever safety and lacking a foregrip.

Rich died in Houston at age 83, having led a full life, but his shotgun was not his claim to fame. He worked in other industries and often helped as a technical advisor to filmmakers but moved away from making guns. The US patent office lists no less than 13 patents awarded to him but they are all for washing machine parts, clothes wringers, and other laundry apparatus—none are for firearms designs. 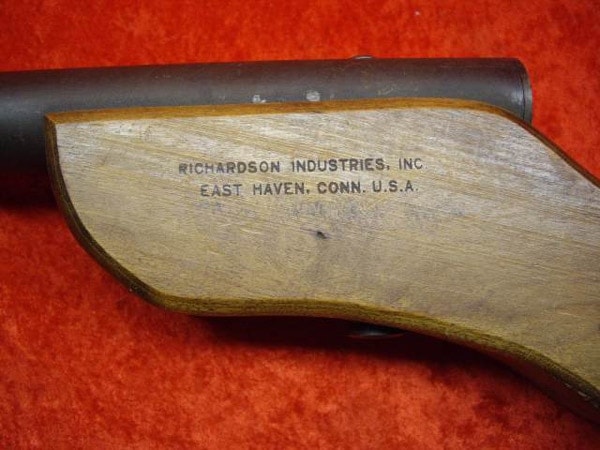 Close up of markings on Guerilla gun. Most (though not all) models will have ‘Richardson Industries Inc., East Haven, Conn. 12Gauge’

Relatively few Philippine Guerrilla Guns were made and fewer sold. Today they are collectible for their rarity rather than their design and run a surprising $175 to $400 when found due to this. To make sure you have a real one and not someone’s garage-build, an original R5 will usually (but not always) be marked marked “Richardson Industries Inc., East Haven, Conn. 12Gauge” and have “Philippine Guerrilla Gun– Pat Pend” inlayed in the stock. 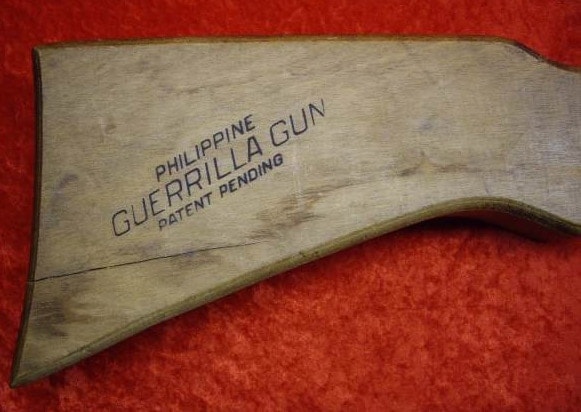 Of course, in the jungle workshops in the Philippines, these guns are still in production. Be sure Rich never saw a dime from them.