Meet Owen: The Aussie-made subgun that was a hit all over the Pacific (PHOTOS) 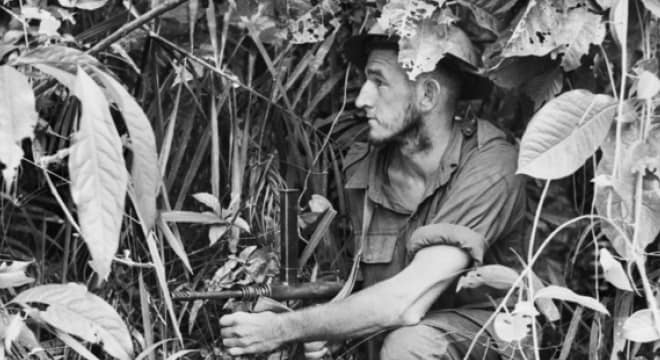 The Owen, shown above in the hands of an Australian soldier in 1943 Papua New Guinea, was all Australian (Photos: Australian War Memorial)

Officially termed the Owen Machine Carbine, this handy top-fed 9mm was made wholly in Australia during WWII and remained in service for three decades.

While Britain had the ubiquitous Lanchester (itself an unlicensed copy of the German MP18/28), used a number of lend-lease Tommy guns and coughed up both the STEN and Sterling, the Australians were a long way from Britain’s supply lines and faced a very real threat from the Empire of Japan during WWII. 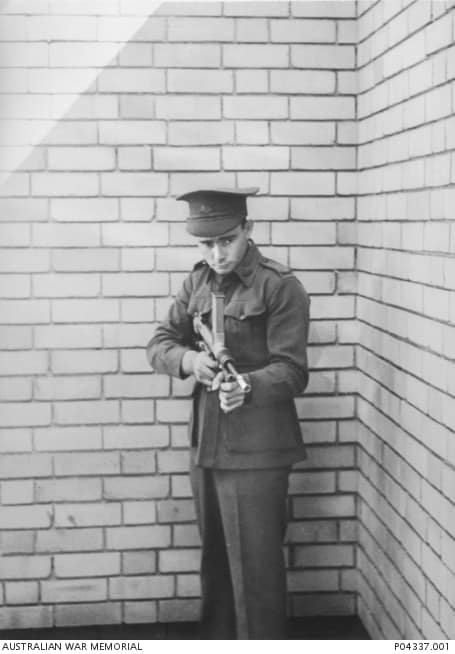 This sparked a 24-year-old Pvt. Evelyn Ernest Owen, with 2/17 Battalion of the Australian Army, from Wollongong, New South Wales, to submit a gun he made to the Army for testing.

His sub gun used a gramophone spring, was chambered in .22 rimfire, and was rejected.

Here are some interesting variants of the Owen in the collection of the Australian War Memorial.

A later .22 Short prototype by Owen using a 44-round circular magazine driven by a piano wire spring.

Redesigned for .45ACP (as well as .38-200, the standard rimmed Britsh revolver round, .32ACP, and 9mm) the gun was tested in a number of experimental but evolutionary designs head-to-head against the Tommy gun and STEN in muddy conditions and found to be superior in its final version. 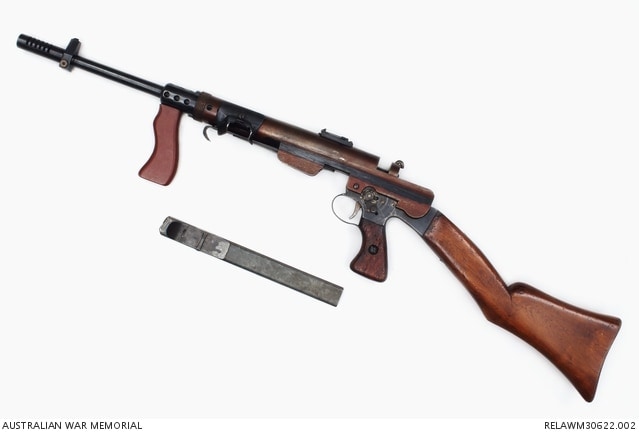 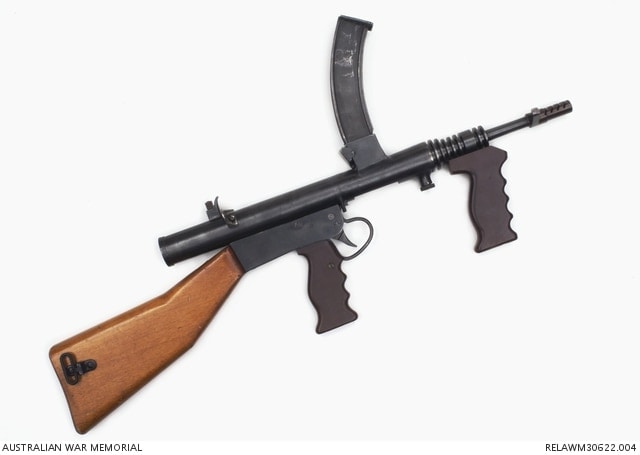 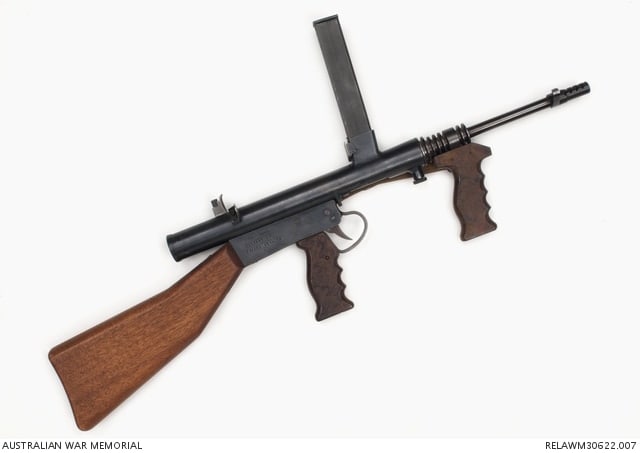 Experimental 9mm Mk1 Owen Submachine Gun, Fifth Model. Back to the straight mag, with the sling mount on the left-hand side now. 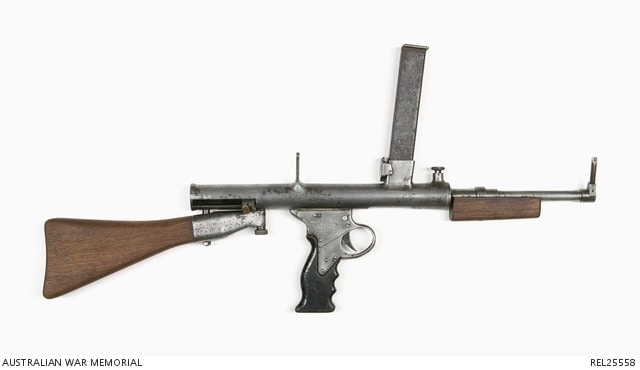 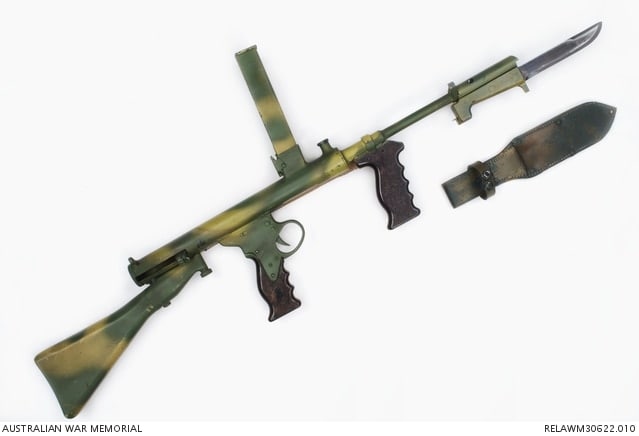 A further experimental model in 9mm. The distinctive camo scheme would be a hallmark of the gun’s use in WWII. Also, note the Owen’s unique bayonet

With that, the simple blowback was put into production at the Lysaght corrugated steel works and rushed to Australian troops fighting across the Pacific. 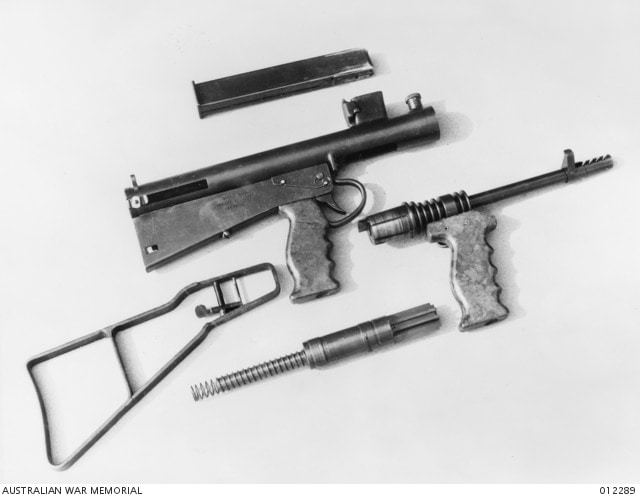 The Owen was assembled in a number of basic subcomponents, attached with Enfield bayonet catches, which were already in the supply pipeline 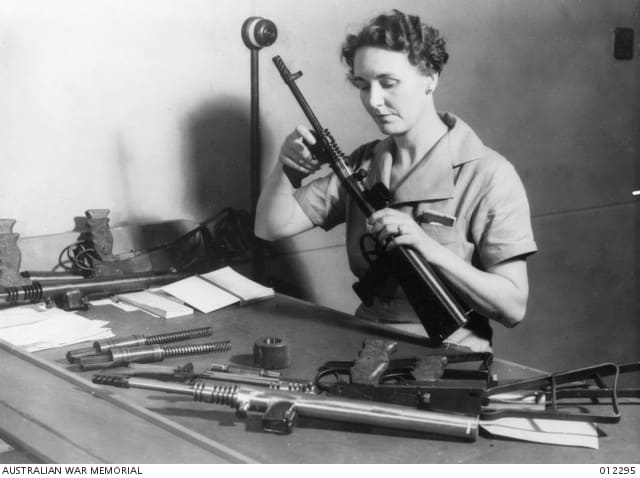 In all, some 45,000 production Owens were made, for a cost of about $30 each. As in the U.S. and Britain, the Australians diversified their workforce for the war effort

A Mk1 Owen “in the blue” with its skeleton butt made from steel stamping and fitted with an Enfield style sling, which again was already in the supply chain. 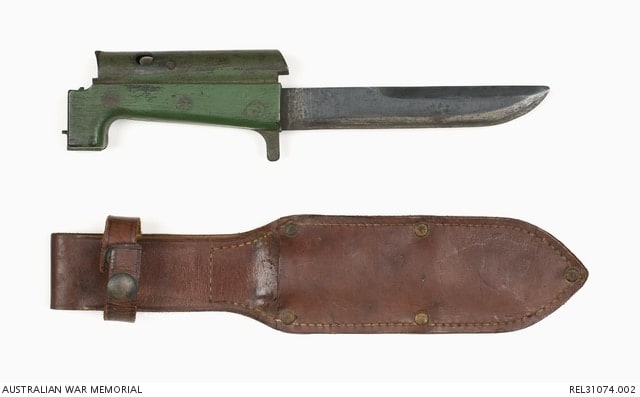 The gun could use the standard Pattern 1907 Enfield bayonet or this simplified purpose-built model. 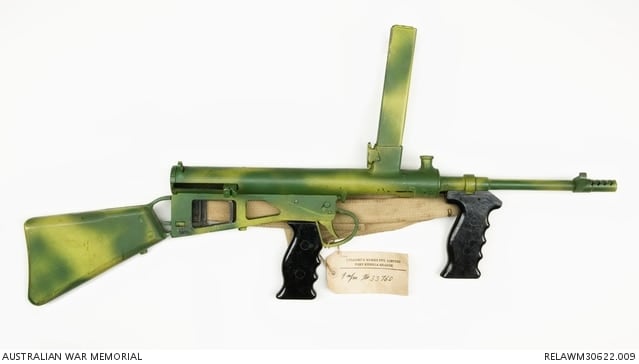 Production Owen Mk 1 painted in green and yellow camouflage for use in jungle fighting. The pistol grips are black plastic and the butt is wood. The 33 round 9mm magazine didn’t last long at the guns ripping 700 rounds per minute rate of fire — but “Diggers” would carry lots of spare mags to keep it stoked. 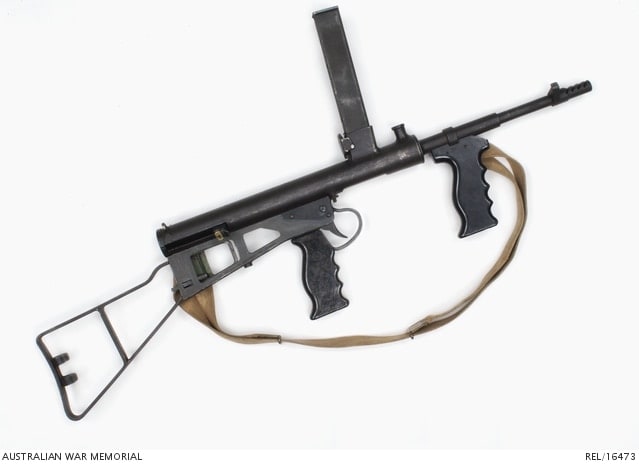 Late model Owen Mk 1/43 SMG complete with canvas sling mounted on the left-hand side. The butt is the skeleton frame type with a clip for an oil bottle — similar to the one found on the U.S. M1A1 Carbine.

The WWII era guns were refurbished at the Australian Lithgow Small Arms factory in the 1950s, which included stripping away the camo and giving them new MkIII style barrels and a safety catch. This is a good example of the latter type of “improved” Mk2/3 Owen. The gun saw extensive service with Australian troops in Korea. AWM caption: “Korea. 17 May 1953. Private Frank Cooper of The Valley, Qld, with his Owen gun at the ready, prepares to move out into no man’s land with a patrol seeking the Chinese Communists.” 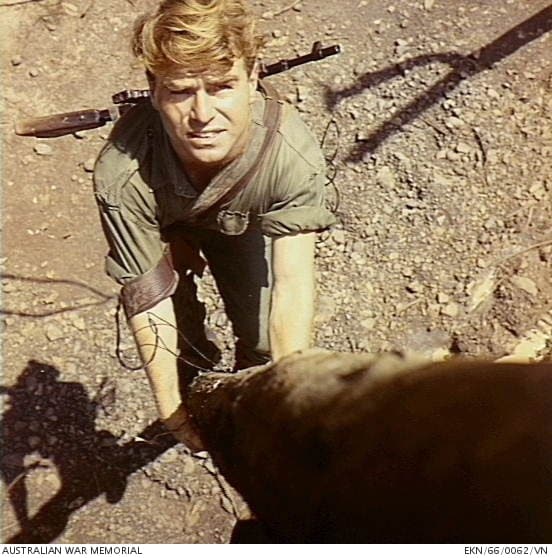 And in Vietnam. AWM caption: “Nui Dat, South Vietnam. 1966. A Signal Corps linesman with a 9mm Owen Machine Carbine (Owen Gun) on his back, climbing a rubber tree at 1st Australian Task Force (1ATF) Base.”

Owens remained in service with the Australians well into the 1960s when they were replaced by the very Owen-like F1 submachine gun, which was in turn replaced by the Steyr F88 in the 1990s.