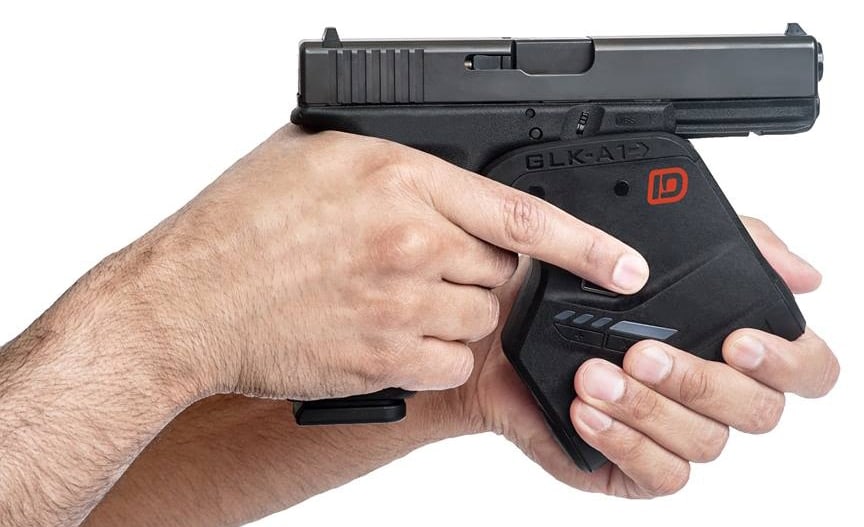 The Identilock is a biometric gun lock. (Photo: Sentinel, Inc. via Facebook)

The new firearm safety device was developed to keep unwanted fingers off the trigger through the use of fingerprint identification technology. The company says the system is equipped with a fingerprint sensor to identify the user and provide access to the gun in less than a second — 300 milliseconds to be precise. The biometric gun technology harnesses the same computing power and speed as complex consumer electronics, according to Sentinel.

Sentinel founder, Omer Kiyani, said he has spent a majority of his career developing safety system to save lives and applied that same knowledge to the Identilock system.

“I’ve watched the media, politicians and others, weigh in on our gun rights. I value and support our individual freedoms like the 2nd Amendment,” Kiyani said in a press release. “I’ve wanted to find a balance between gun ownership and safety. The Identilock is designed to assure firearm owners that a gun will not fire if handled in the wrong hands…as long as the lock is on the gun.”

The system allows ups to three users and is compatible with any USB Type-C charging outlet. The gun lock takes four hours to charge but lasts on standby mode for up to six months on a single charge.