The new kid on the block at Sig comes chambered in either 5.56mm or .300 BLK and is pitched as being imminently end-user configurable.

Introduced this week, the MCX Virtus, as explained in the above video by Sig Sauer Academy Academy Vice President Adam Painchaud, is billed as above and beyond any standard AR-15. 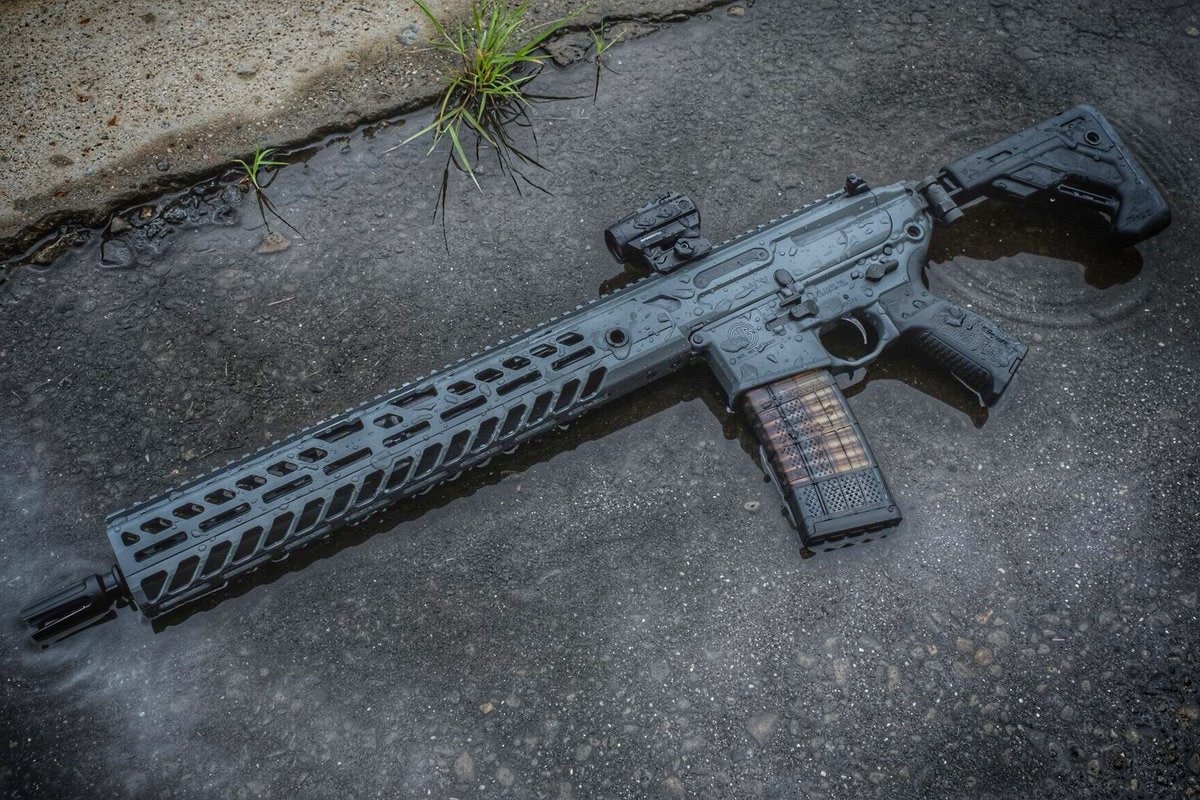 The MCX Virtus Patrol uses a 16-inch barrel and a five-position folding stock that does not have to be unfolded to fire (Photos: SIG)

Among the features of the Virtus Patrol variant are a five-position side-folder stock, ambi controls, 16-inch hammer forged barrel, free-floating M-LOK handguards and Matchlite Duo two-stage trigger. The rifle, which Sig explains was developed with the Special Operations community in mind, accommodates 500 combinations and is enhanced for a 20,000-round service life.

“SIG has supplied firearms to meet the unique demands of specialized units for decades,” said Sig Sauer President and CEO Ron Cohen, in a statement. “Similar to the P320 pistol, the MCX Virtus was created to be the ultimate modular platform, a design that will change the demands of the modern rifle for years to come.”

Also included in the launch is a Virtus Pistol, which comes in either an 11.5-inch 5.56mm or 9-inch .300BLK barrel, that ships standard with a Sig pistol stabilizing brace. MSRP is $2,335.

For those who collect stamps, Sig is also offering an SBR variant that blends the pistol format with the Patrol’s folding and collapsible five-position stock for $2,341, NFA fees not included.

The Virtus monicker is a hat tip to the defining attribute of the ancient Romans that allowed them to conquer much of the known world, and the corresponding mythological deity of bravery and strength.