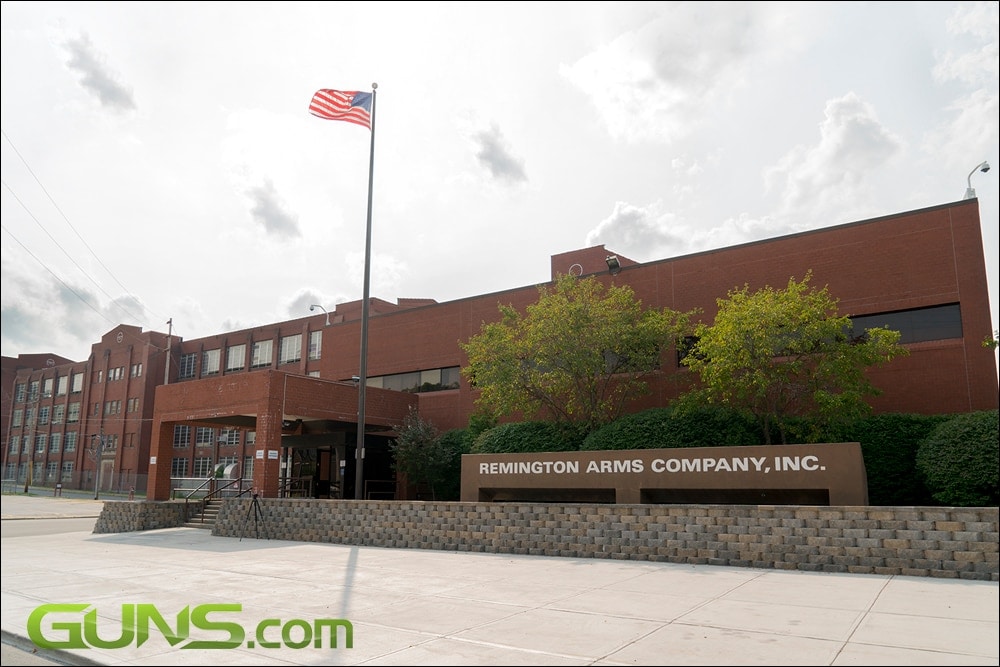 I recently toured the Remington Arms factory in Ilion, New York. It opened in 1816, making it America’s oldest gun factory. 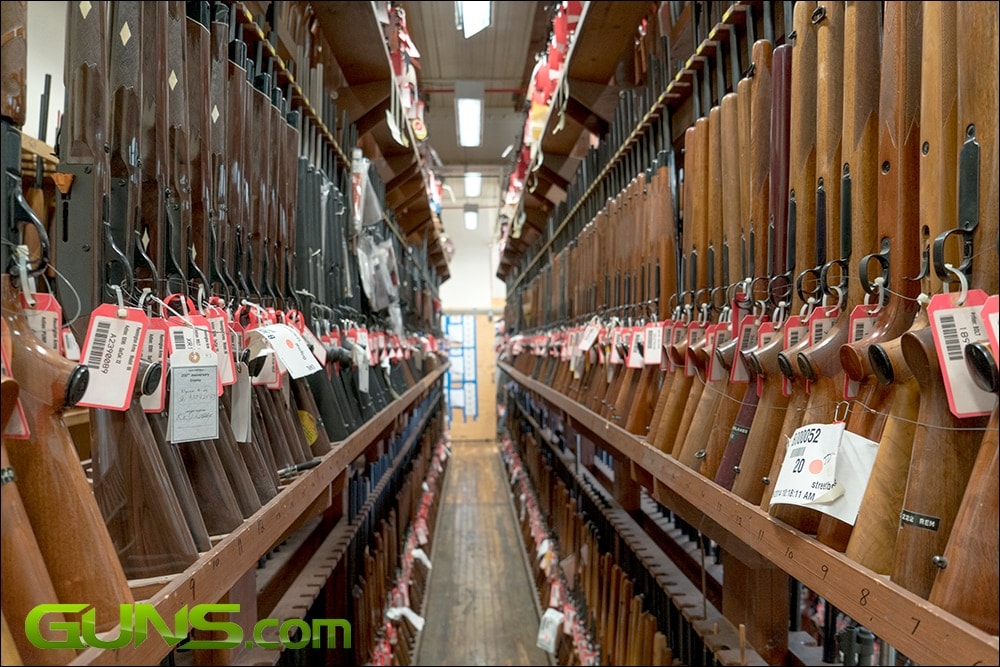 While browsing through archive rooms filled from floor to ceiling with vintage firearms and parts, we discovered a beautiful Remington 12-gauge shotgun with a weathered walnut stock and perforated barrel shroud. 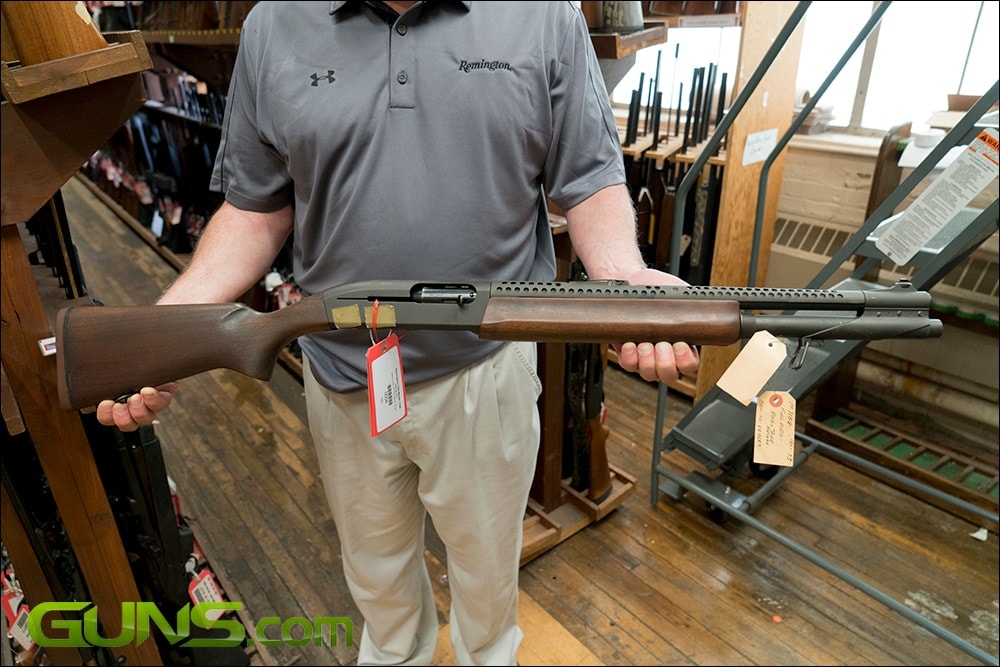 My guide Mark R. Eddy, informed me that it was a Remington 7188 fully automatic shotgun manufactured in the 1960’s for use by American soldiers in Vietnam. Other than the missing trigger group, it was complete. Serial number was 0004. Little else was known about this handsome firearm. 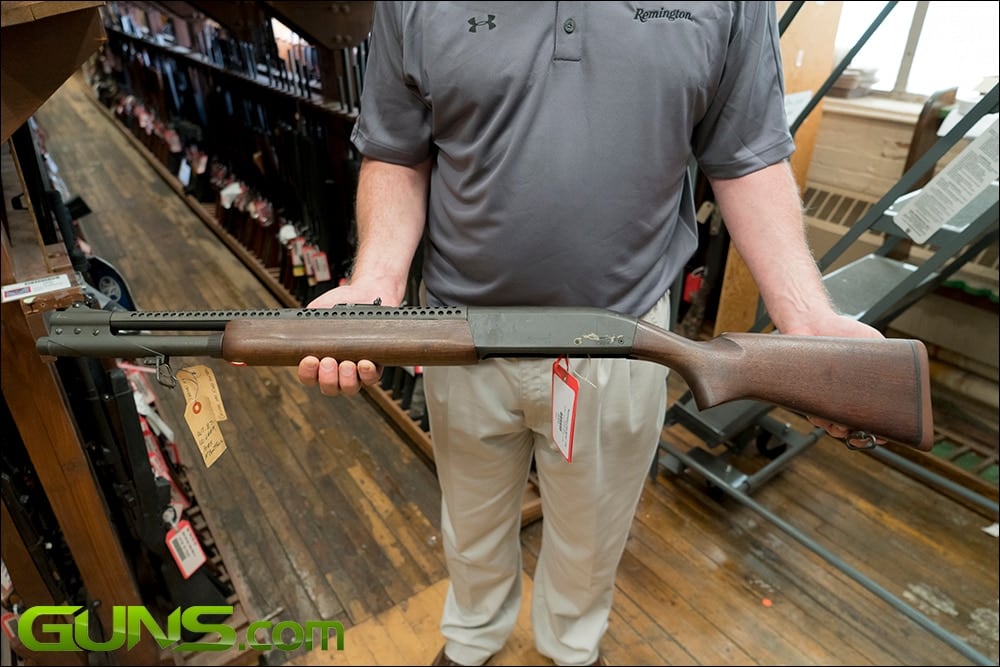 I photographed it and upon returning home, did some investigating. Fortunately, there is a fair amount of information about this unique firearm on the internet. 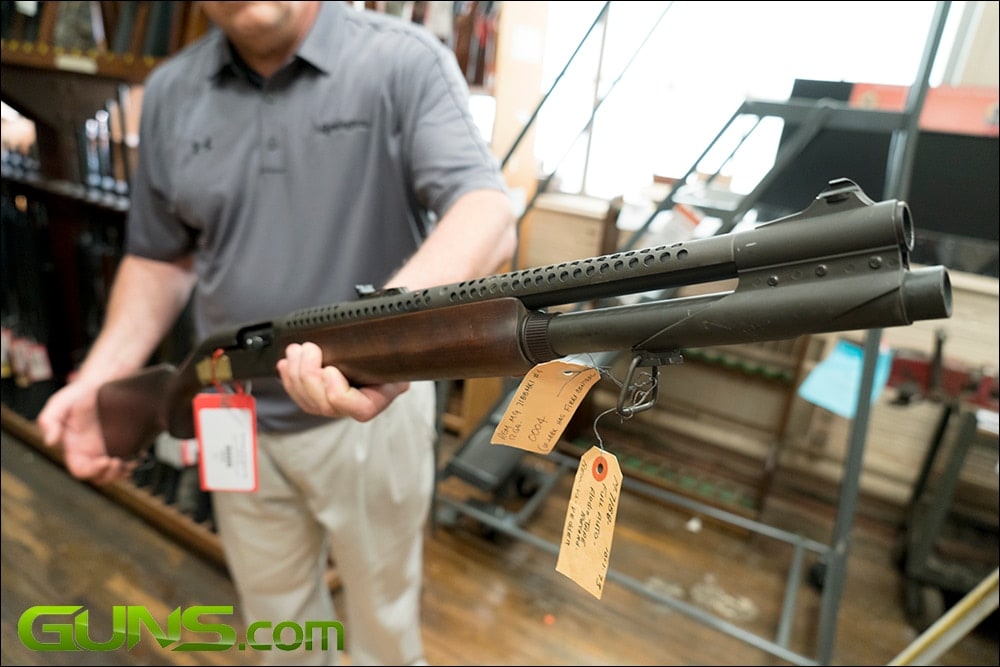 While the SEALs liked the fantastic destructive power of the Model 7188 (especially with the custom loads they tended to use), they found the Model 7188 had one big problem: it was highly-sensitive to dirt and fouling, and this made it quite unsuited for general use in Vietnam. In addition, the enormous recoil of a full-auto burst (even at the low cyclic rate of the Model 7188) was difficult to control, and even with an extended magazine, the ammunition supply was thought to be too small by many SEALs. There were never more than a couple of dozen of each Mark of the Model 7188 made, and they were withdrawn from service within a few years, a weapon experiment that ultimately failed. Some were converted back to semiautomatic fire; though this essentially turned them back into Remington 1100s (albeit, with unique markings and an unusual selector lever), they were designated Model 7180s. 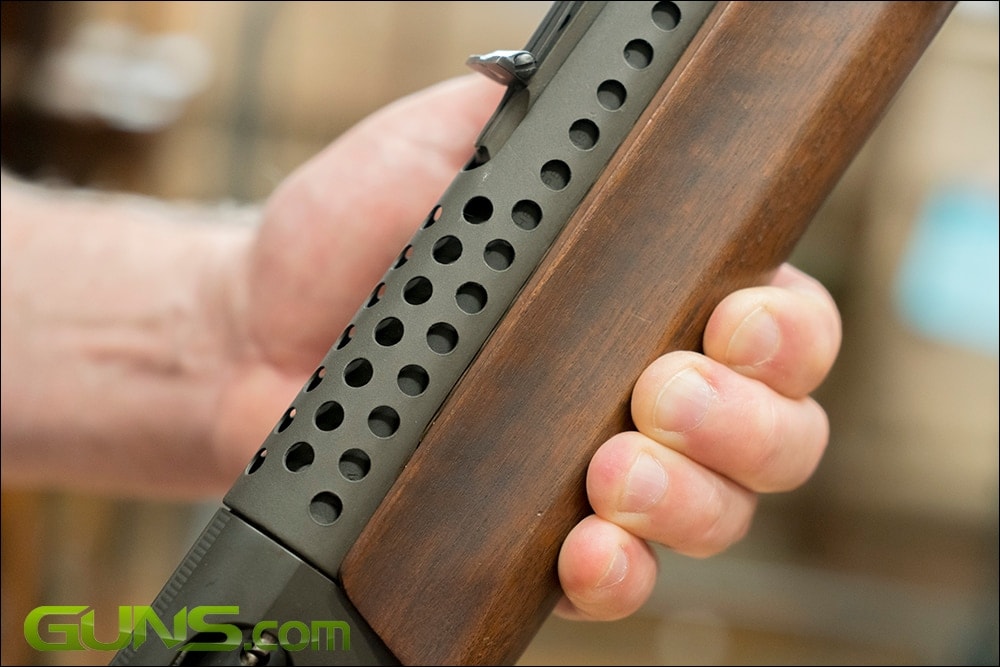 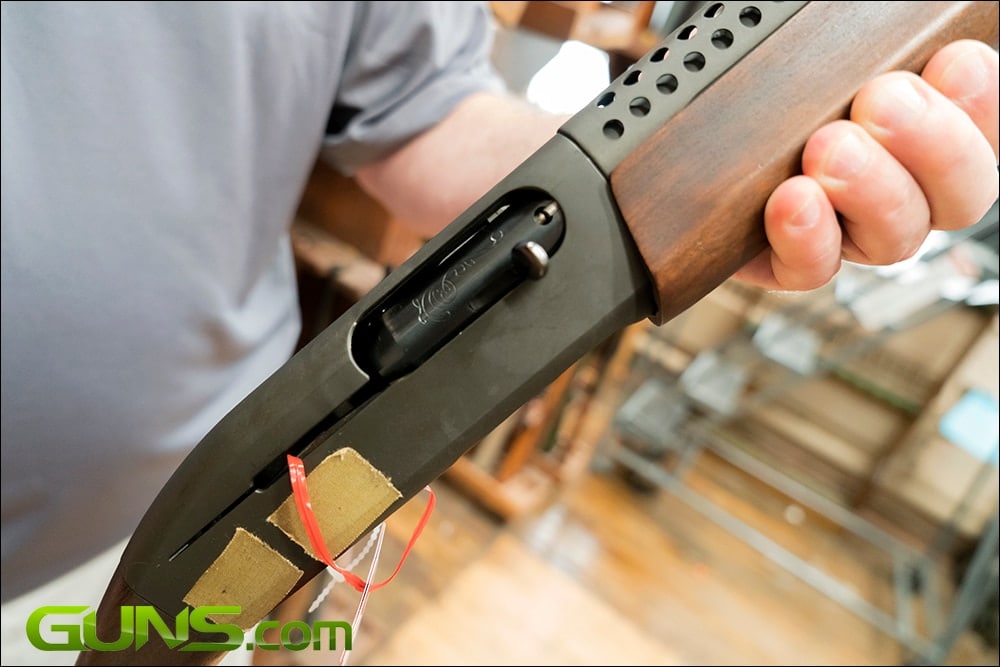 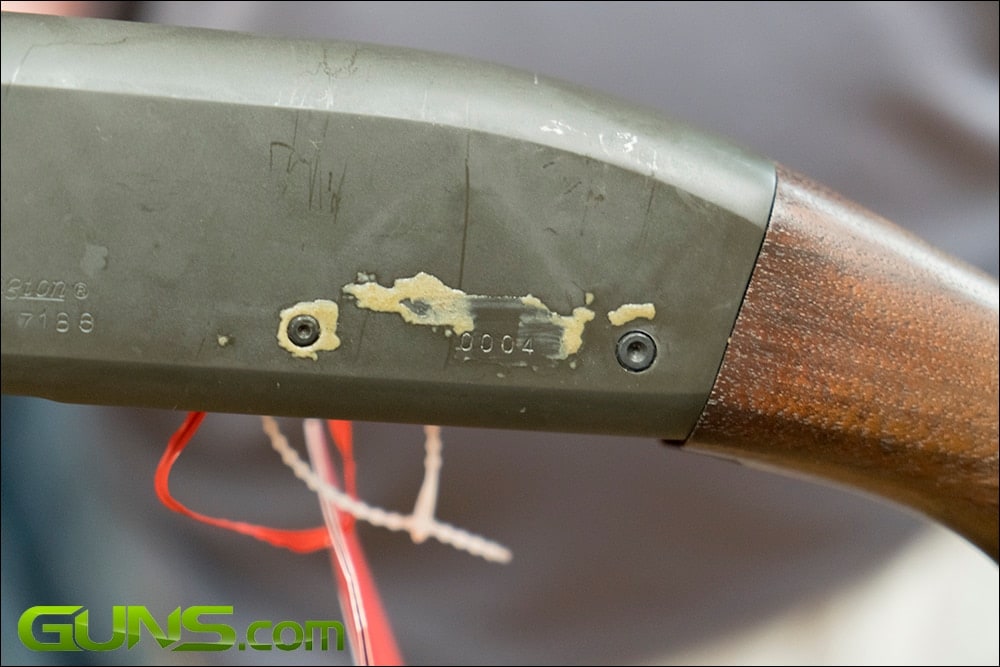 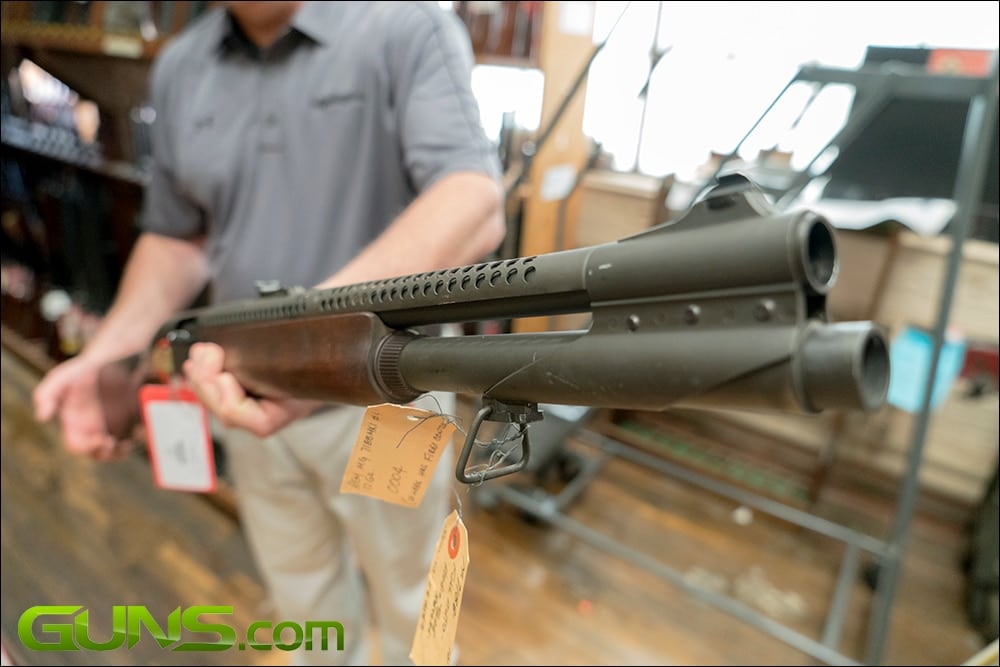 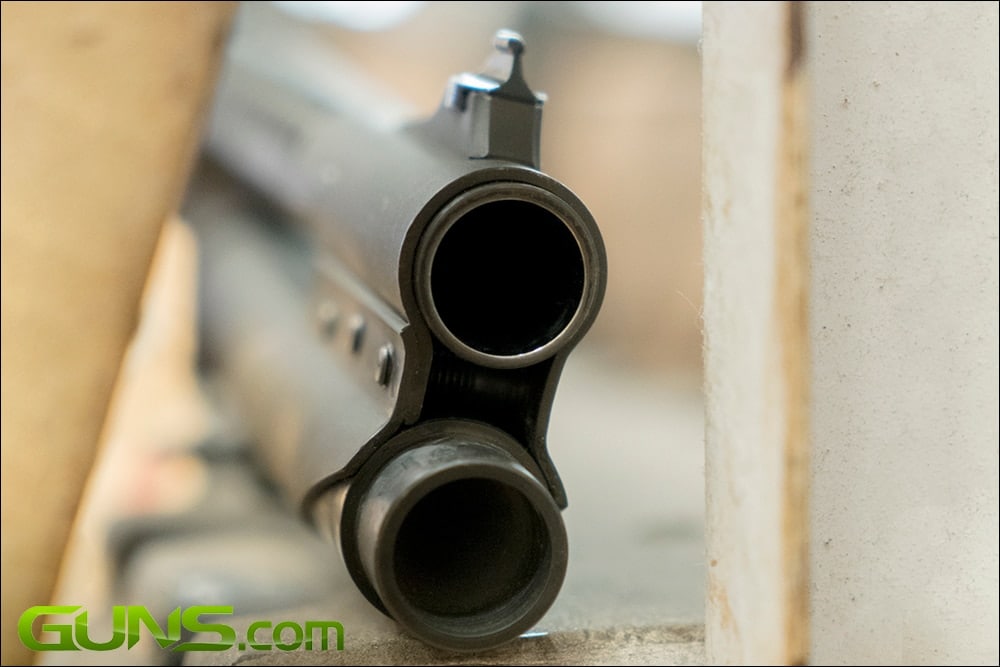 The business end of the Remington 7188. (Photo: Ben Philippi)

A follow-up post on the same site by Bulletman, who seems to have worked on the development of the Remington 1788, added the following information:

The Remington 7188 was developed at Frankford Arsenal in the 60’s under a project called “Unconventional Warfare Devices and Techniques” that provided special weapons, ammo, demo devices, etc. for the Special Forces and the Seals. At the time, I was the team leader on the project, which visited the users, got their ideas, made samples and let them evaluate them in the field. The first fully auto shotgun was made by C. O. Greenwood, (Shotgun Charlie) a member of the team out of a Remington 1100. He just modified the sear and extended the magazine to hold 8 rounds. Studies we ran showed #4 buck to be the best load, although we also developed flechette rounds. It had quite a kick, if you weren’t used to it, but I recall that Moose Boitnott of ST-2 could spray it like a hose. A number were made by Remington on contract and given to the Seals and SF units, but it never was type classified.

If you have any additional information regarding the Remington 1788, Guns.com would love to hear from you. Please let us know in the comment section below. Thank you.