The fine art of firearms engraving with Michael Dubber 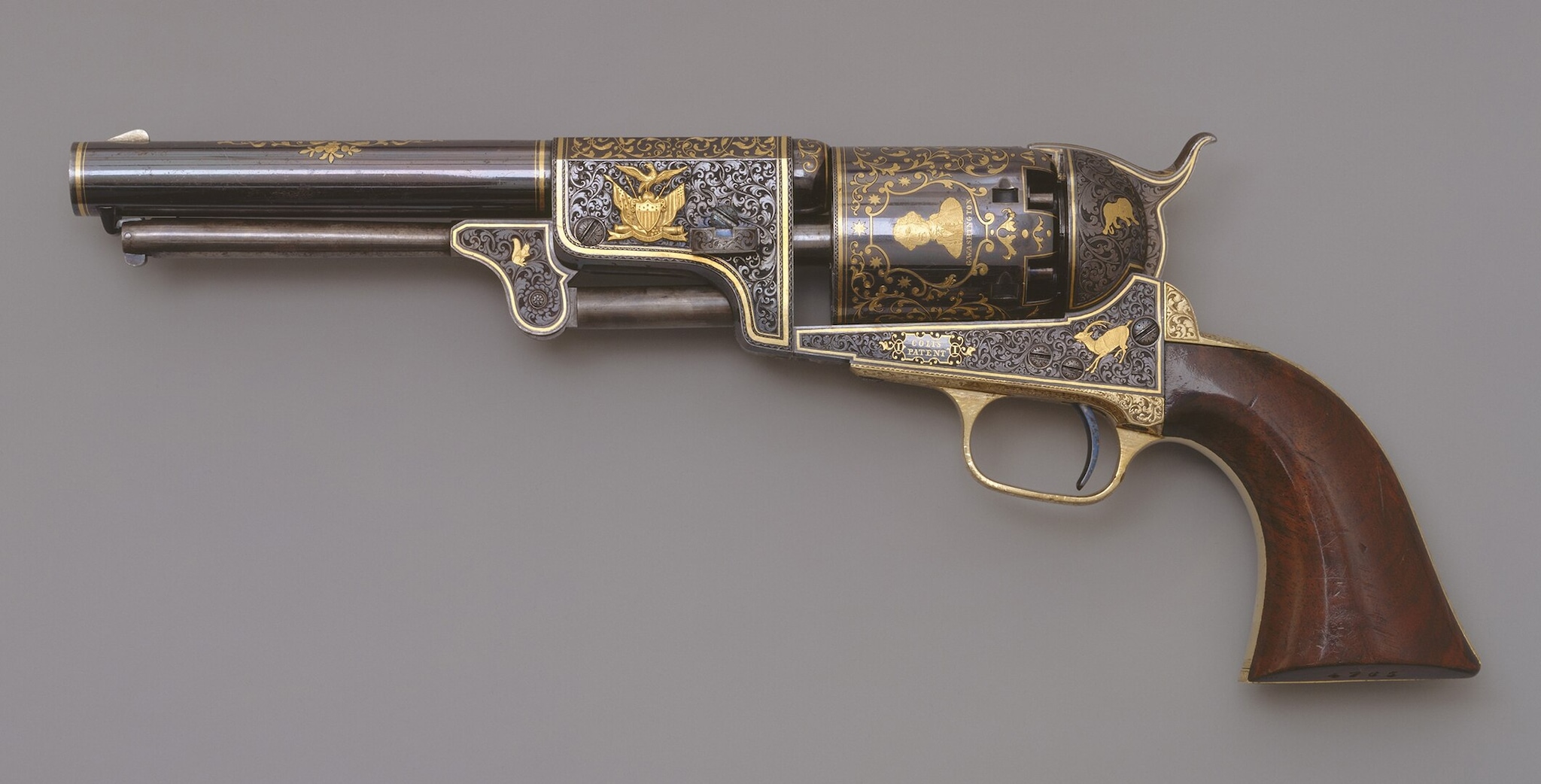 When Sam Colt began mass producing firearms in America in the 1850s, he had his engravers produce highly embellished Colt firearms as gifts to politicians, world leaders and royalty. He used this as a method of promoting his business and to garner contracts for military weapons.

The second half of the 1800s — considered the ‘Golden Age’ of gun engraving — is when nearly all gun manufacturers created elegantly engraved firearms for their wealthier customers. During this time, engravings evolved and flourished into extremely intricate and elaborate detail. The Czar of Russia Colt, for instance, (pictured above) remains one of the finest examples of American engraving ever produced.

During World War I and II, firearm manufacturers focused on military production. After the wars, engraving saw a brief renewal, but over time, it became an increasingly specialized and unique art form. 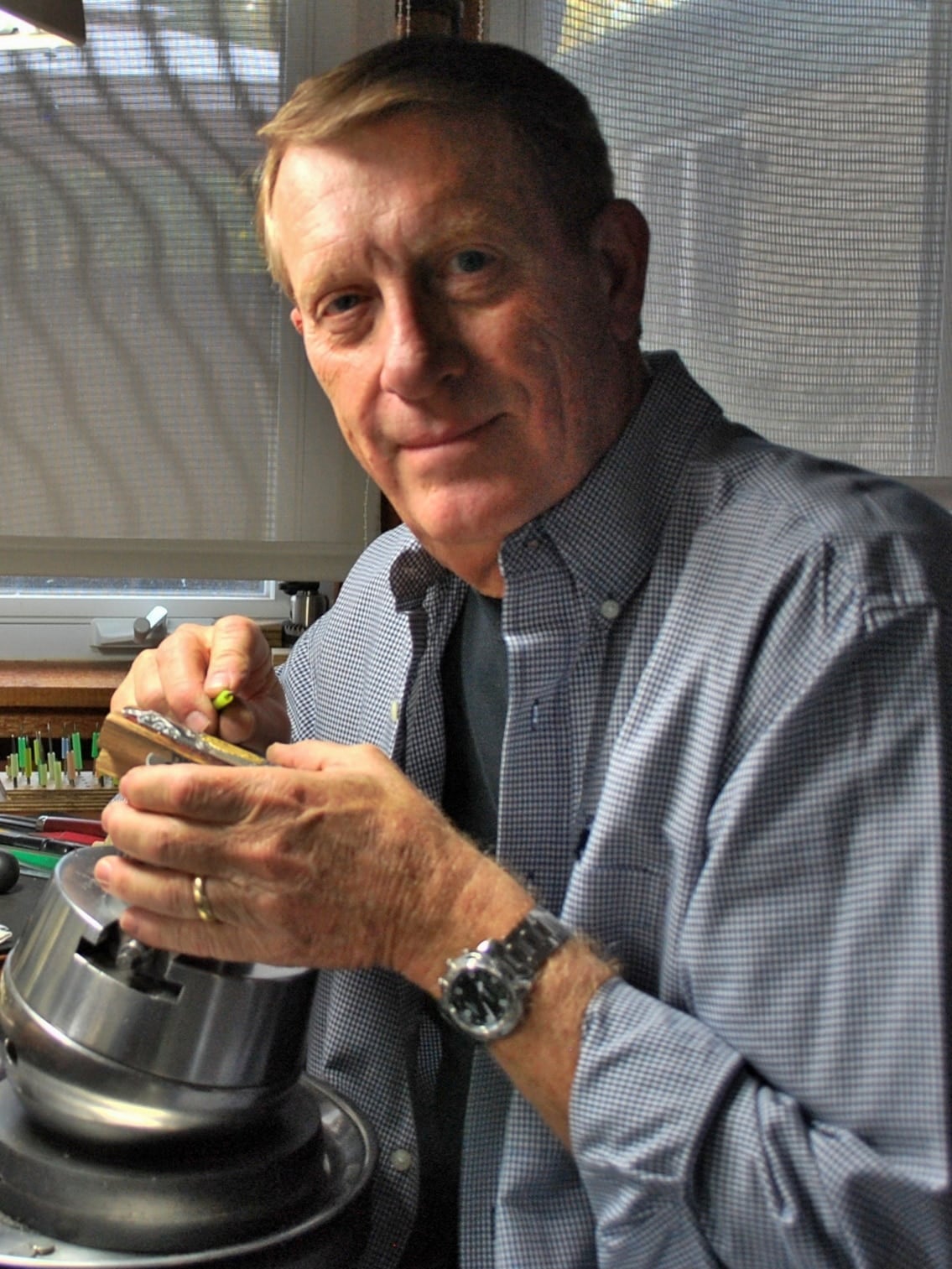 Today, only a handful of Master Engravers are in existence. Michael Dubber, of Evansville, Indiana, is one of them. He’s been engraving for almost 50 years, and he is an ambassador for his profession. When he’s not spending time with his family, he’s in his studio working.

“Although a good deal of my commercial work has been on jewelry engraving,” Dubber says, “my true love is working with custom rifles and vintage Colt firearms.”

He’s won dozens of awards over the years, including the Colt Collectors Association Howard Dove Award for Best Engraved Colt on five different occasions. “That’s a pretty big deal in the world of firearms.” Dubber says with a smile.

Throughout history, hand engraving has existed through an engravers ability to use his hands and a few simple tools to hammer, push, or ‘chase’ a graver through metal.

Starting around 1980, a new age of engraving sprang up. Engravers started to ‘chase’ the graver with the aid of an air power assisted hand piece. This basically removes the hammer from the process. It’s a bit like a tiny hand-held jackhammer.

“What separates the Master from the larger group,” says Dubber, “is his ability to produce art. The art of engraving is difficult to describe, and even more difficult to produce. There are precious few individuals who can easily and gracefully become accomplished engravers. The art takes many years of patient concentration on fine detail.”

Dubber is a founding member of the Firearms Engravers Guild of America. “When I first got into engraving in the 1970’s,’ he recalls, ‘it was a relatively small club. But then in 1980, C. Roger Bleile wrote the book called The American Engraver. In it, he featured a number of talented engravers, including myself.”

Bleile invited the engravers featured in his book to a meeting during the Las Vegas Sahara Gun Show. The 18 engravers who met that year formed the Firearms Engravers Guild of America, an organization committed to growing and fostering the art form.

“Today, it is a vital part of American engraving history.” says Dubber. “Since the Guild formed, we’ve grown from 18 to more than 600 members, including 47 Master Engravers.”

Dubber is extremely proud of his profession and is optimistic of its future. “For an owner, a beautifully engraved firearm can be priceless. If it’s a collector piece, then it is typically expensive and collectible. The pieces that Master Engravers create today will become highly collectible art in the future.” says Dubber.

“I believe that as long as people desire to create one-of-a-kind ornately beautiful objects that are priceless, there will always be Master Engravers, such as myself, ready to make it a reality.”

Below are a few of Dubber’s beautiful works of art. Enjoy. 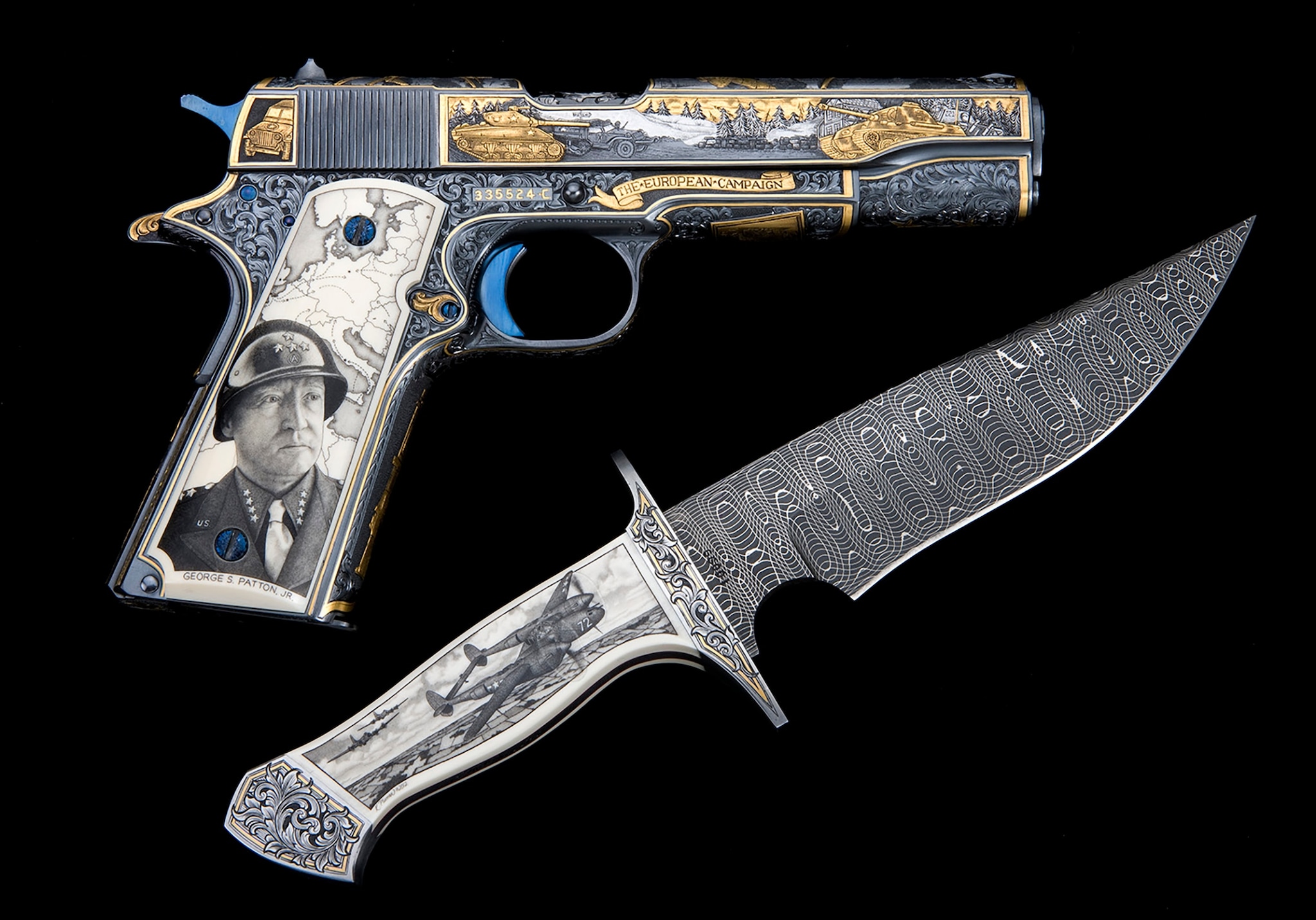 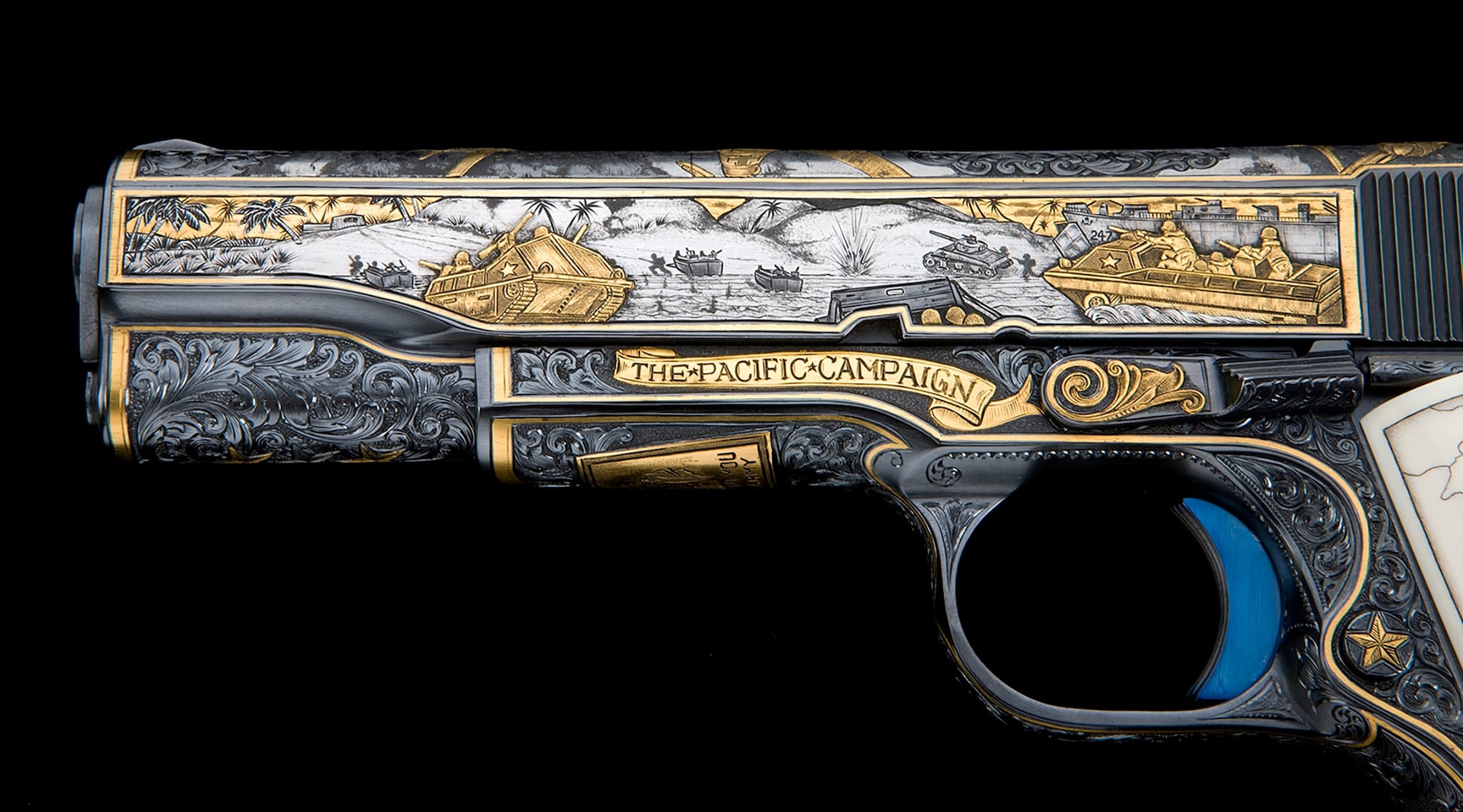 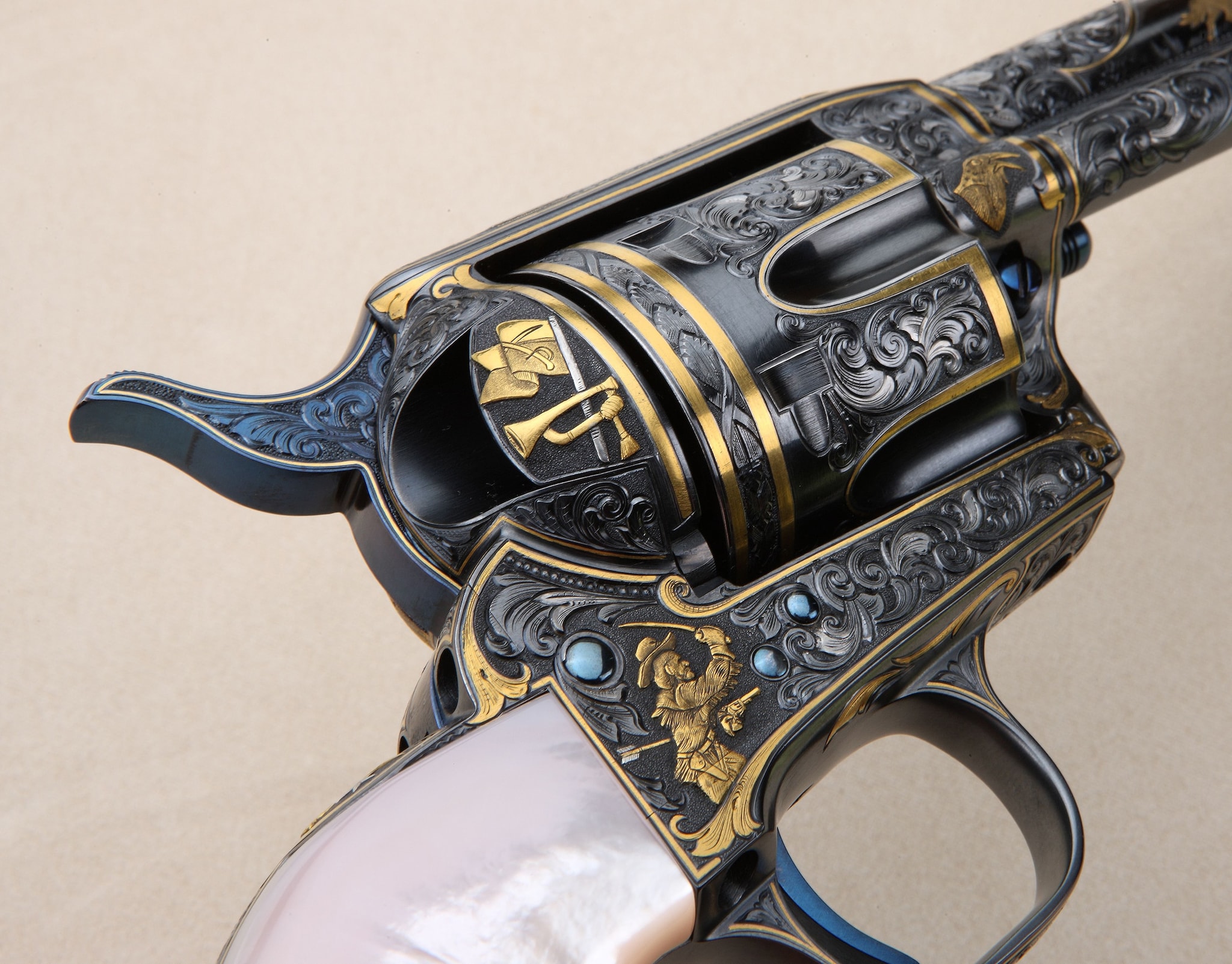 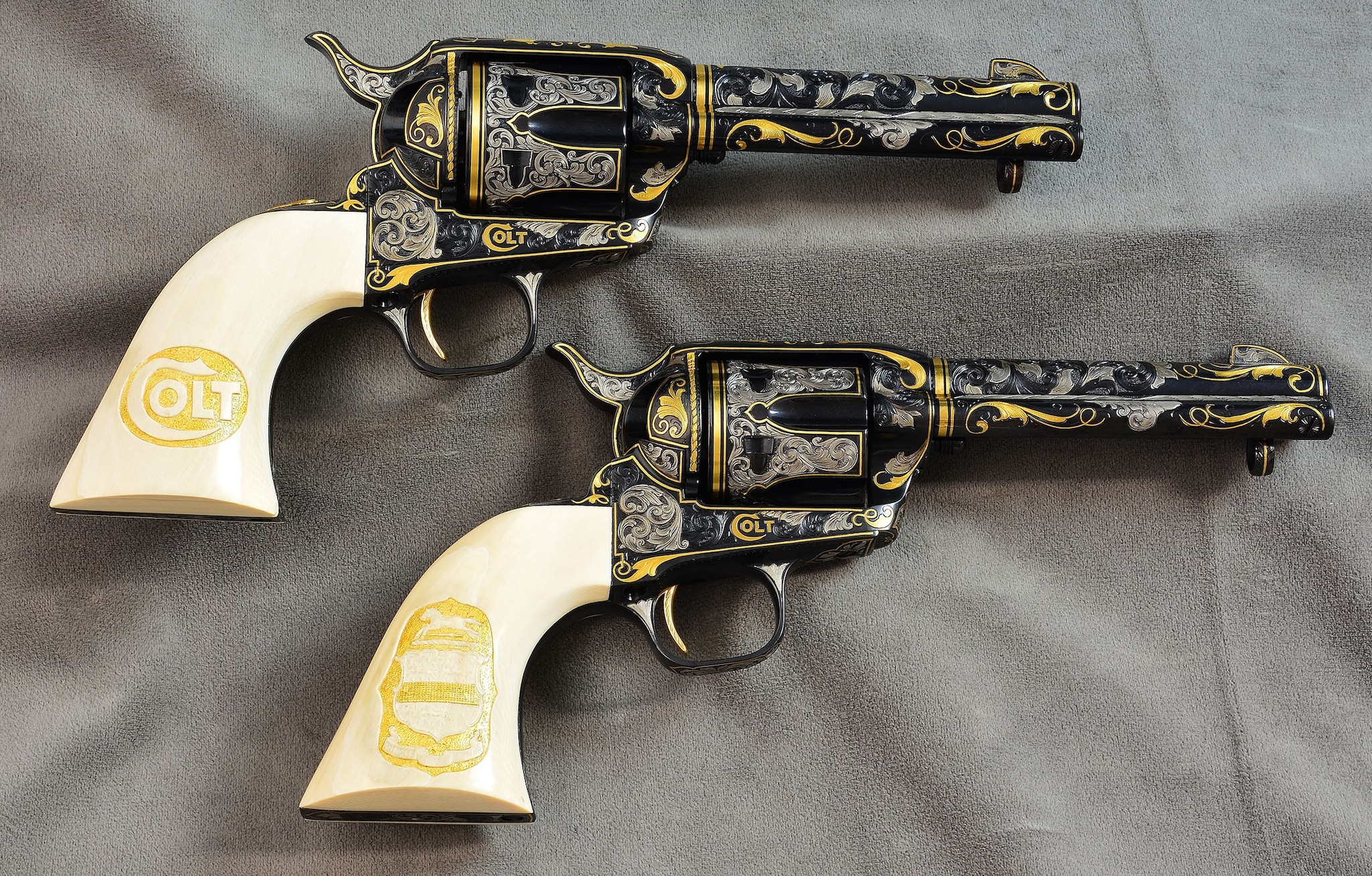 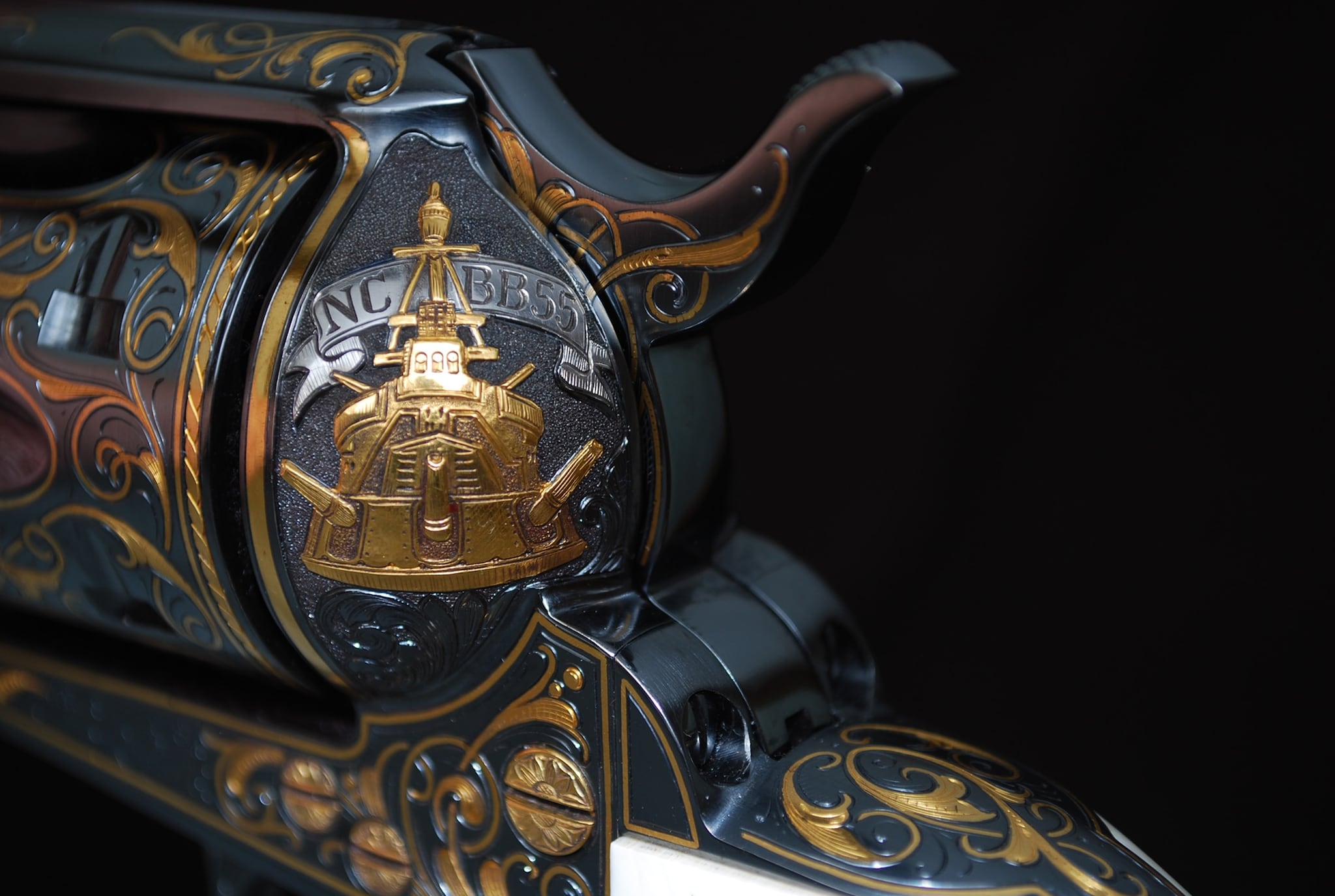 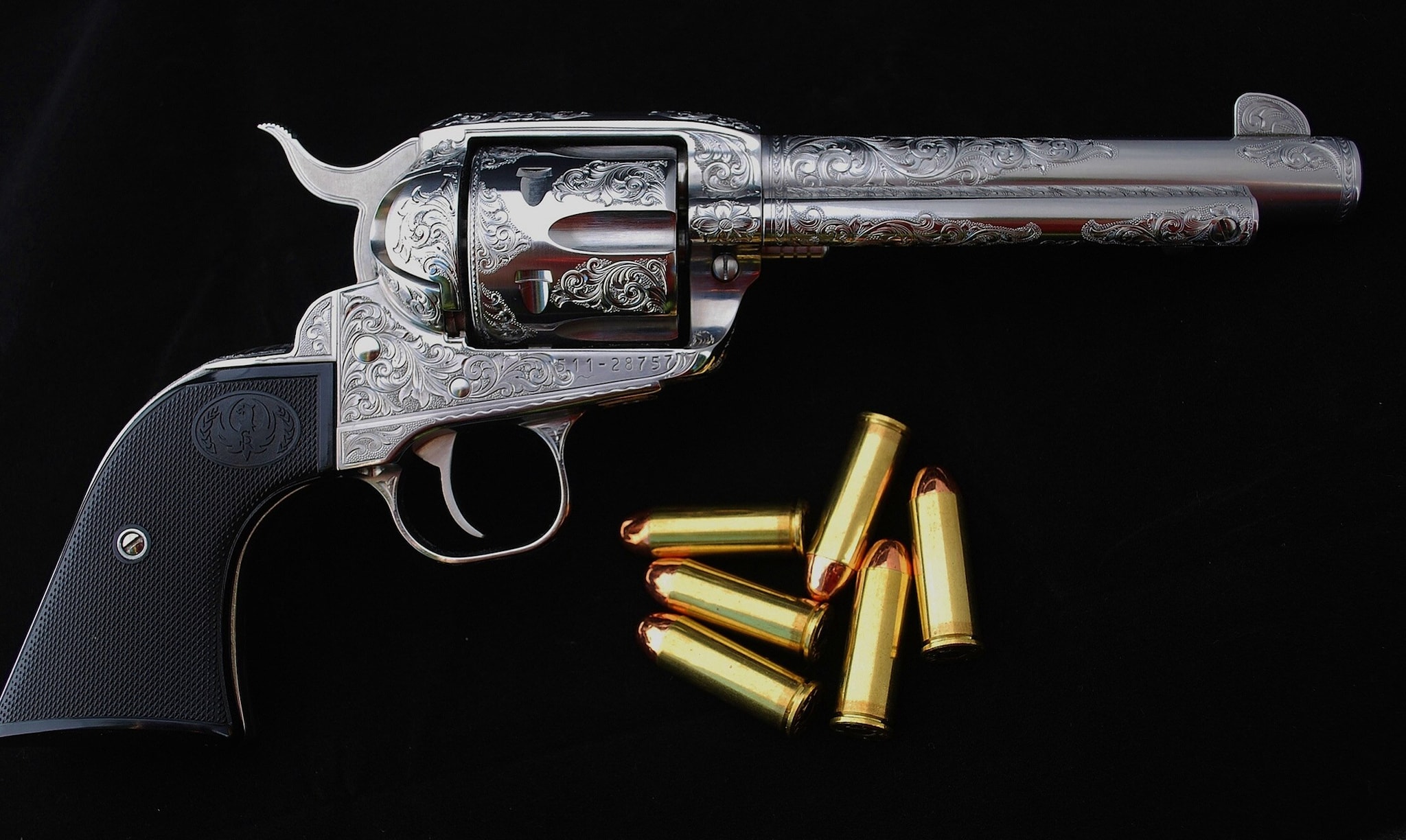 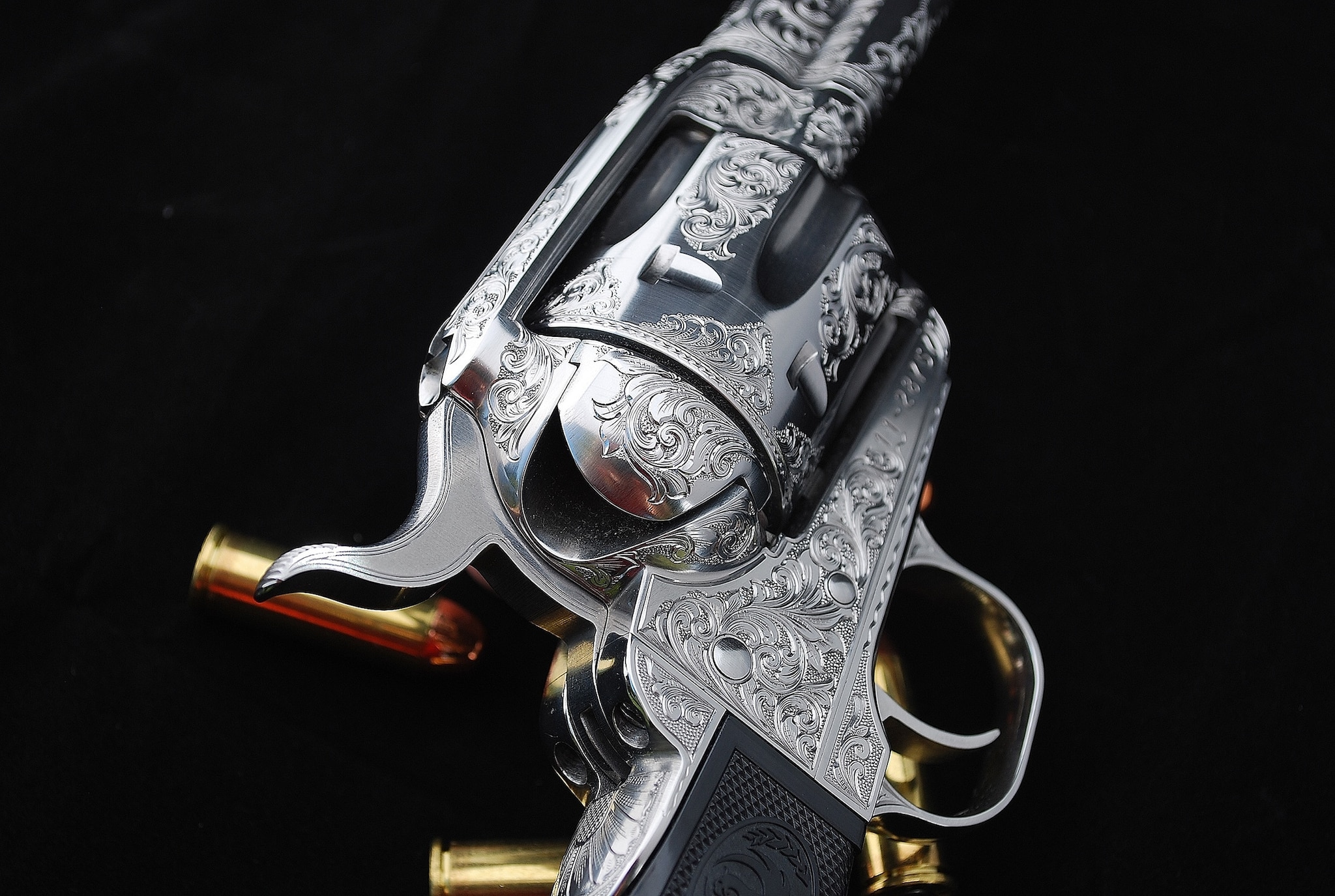 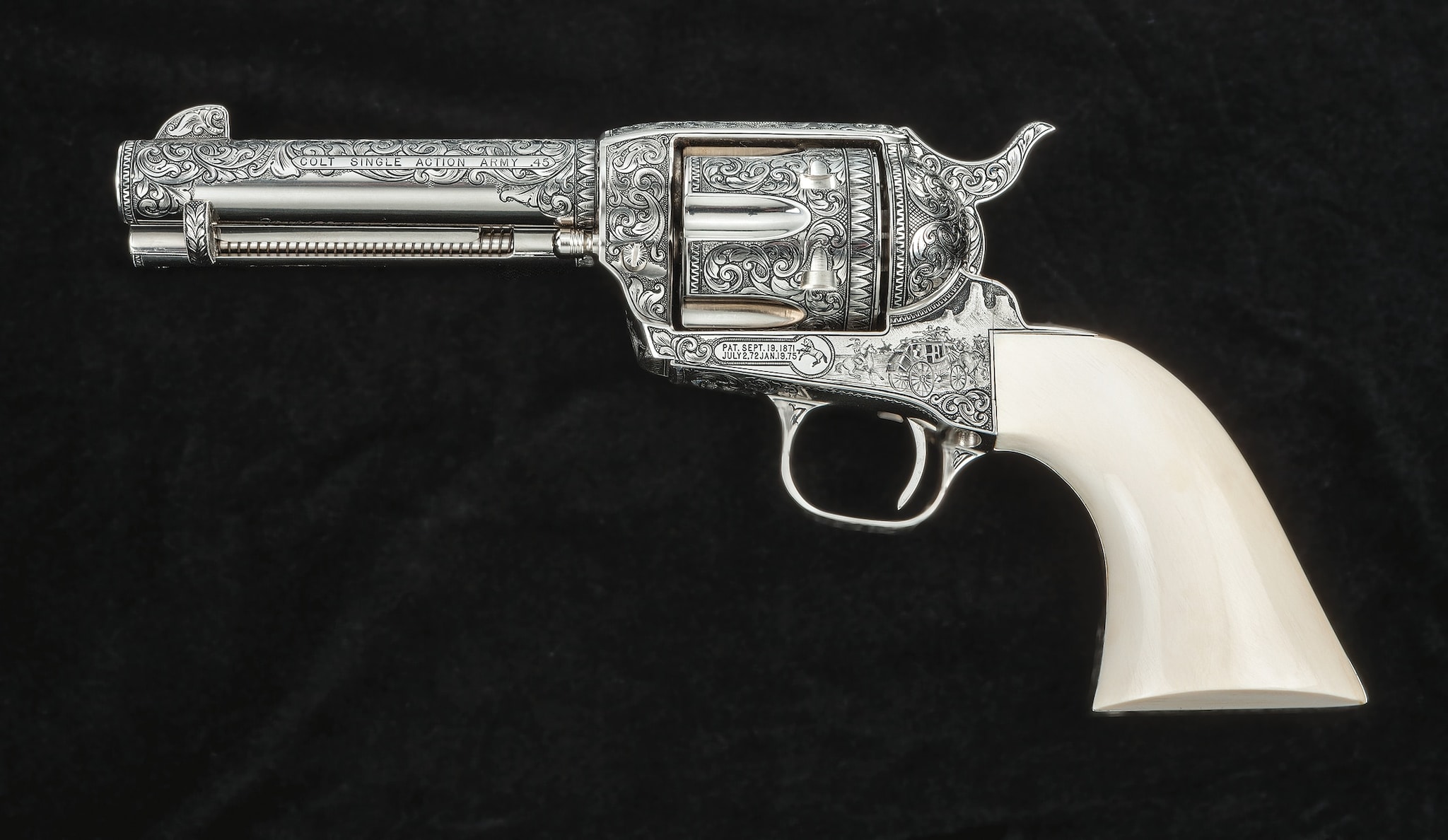 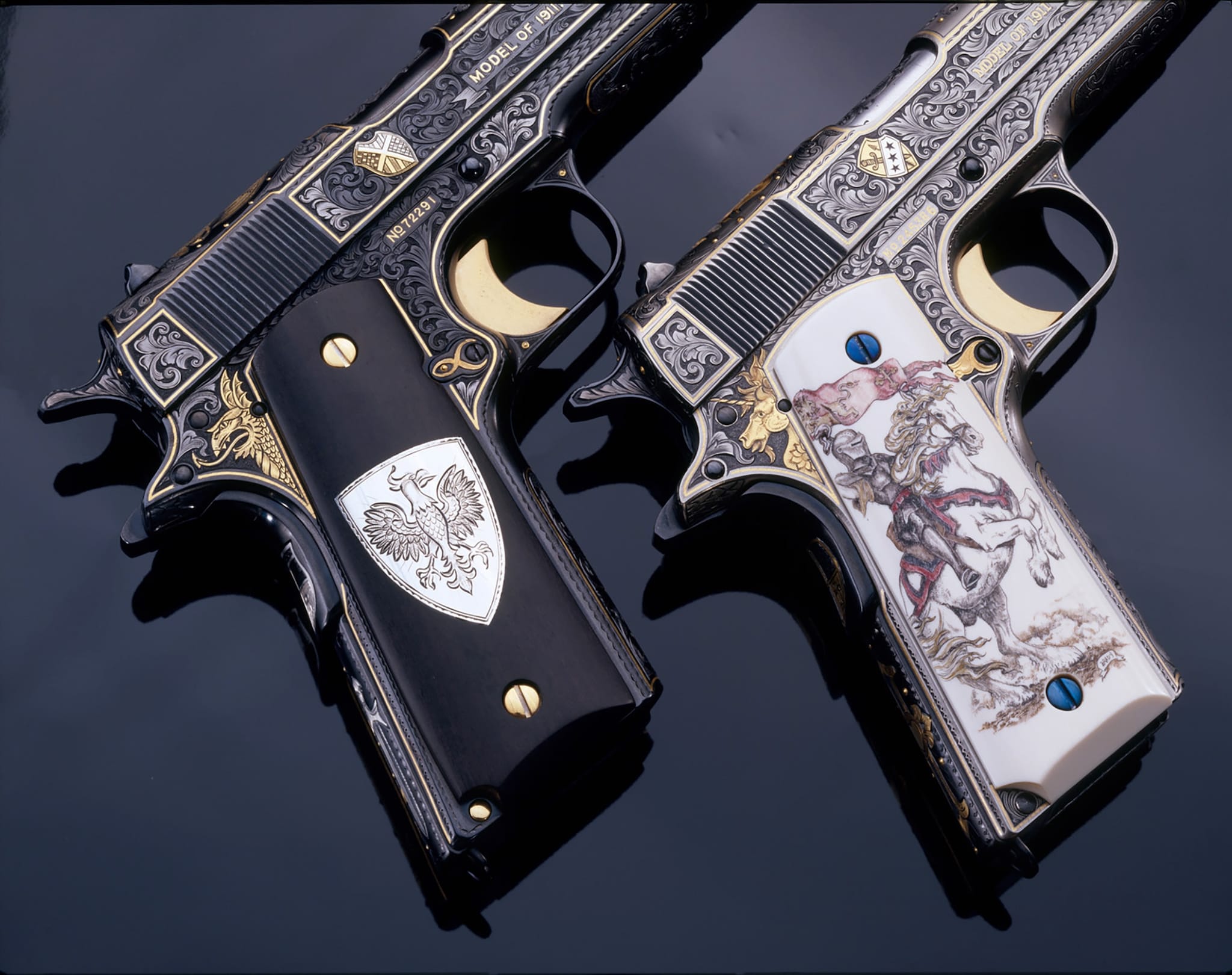 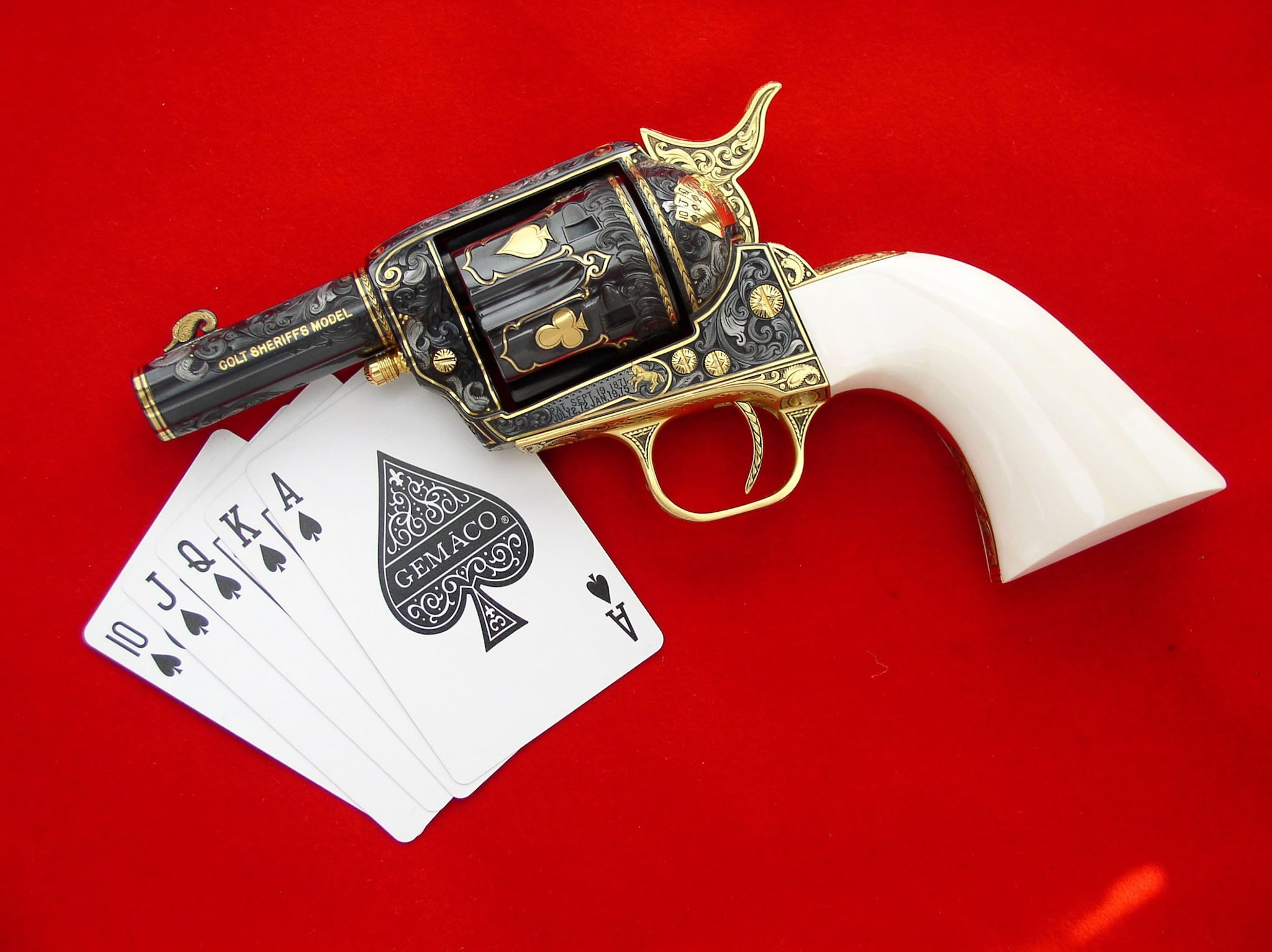 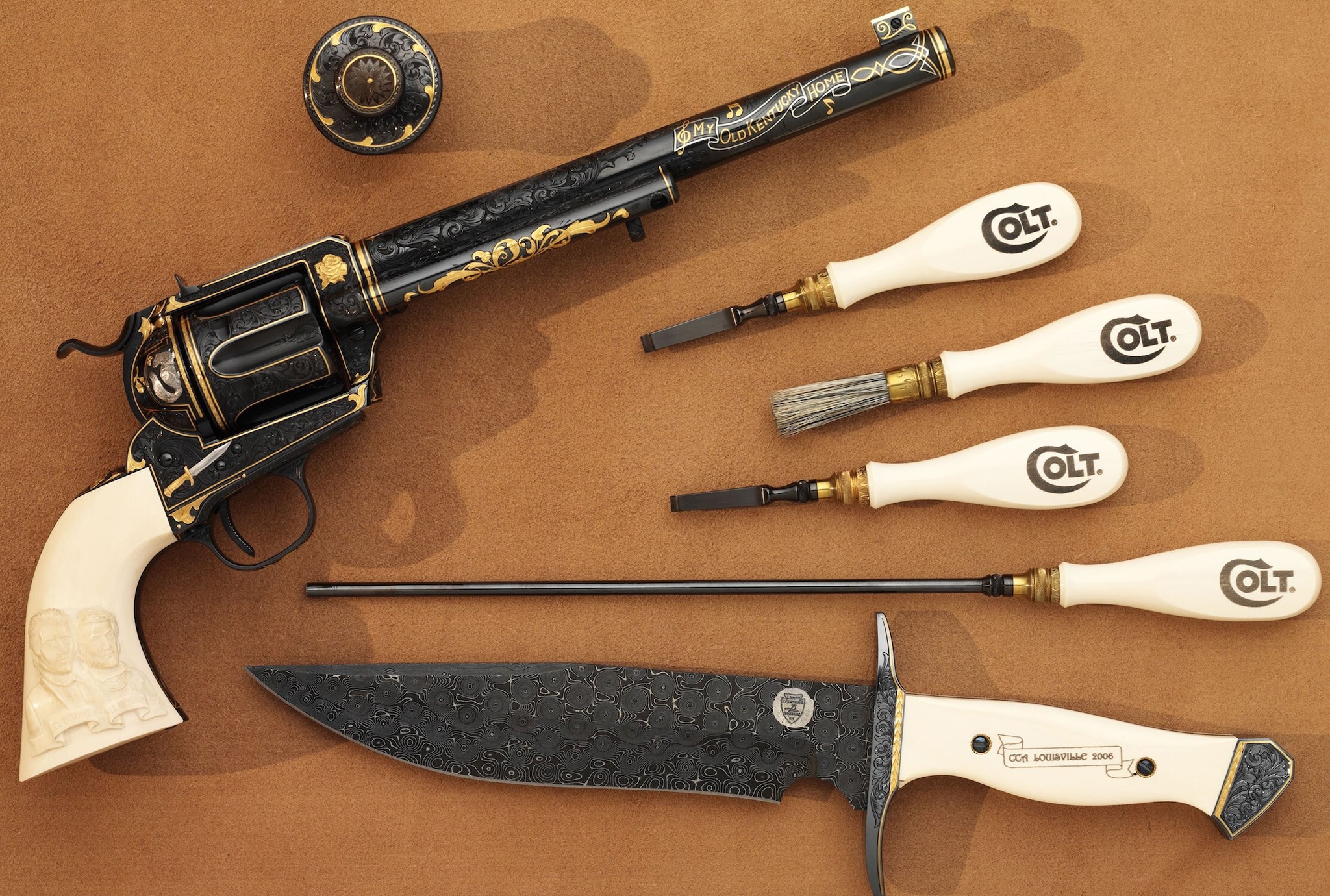 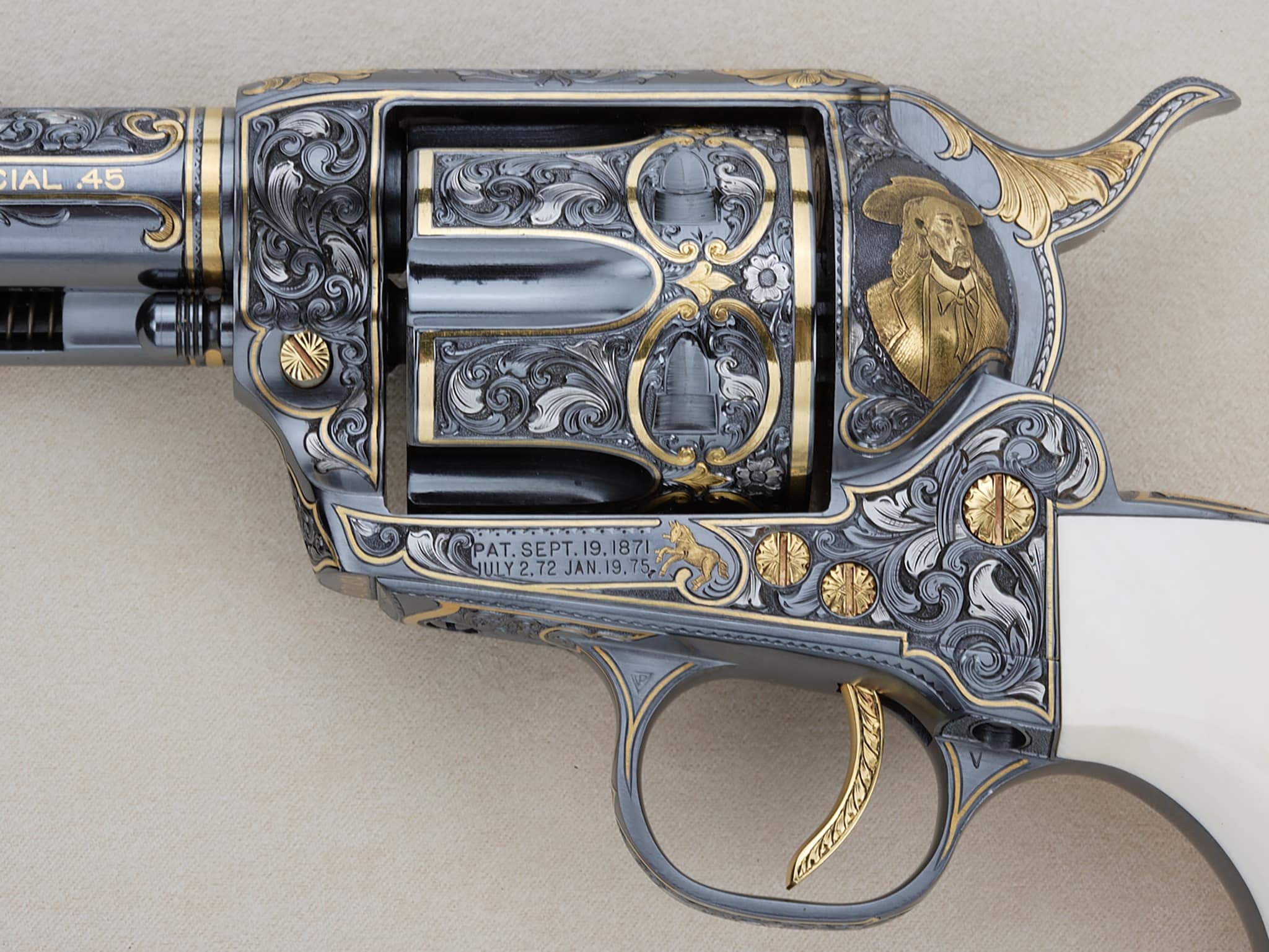 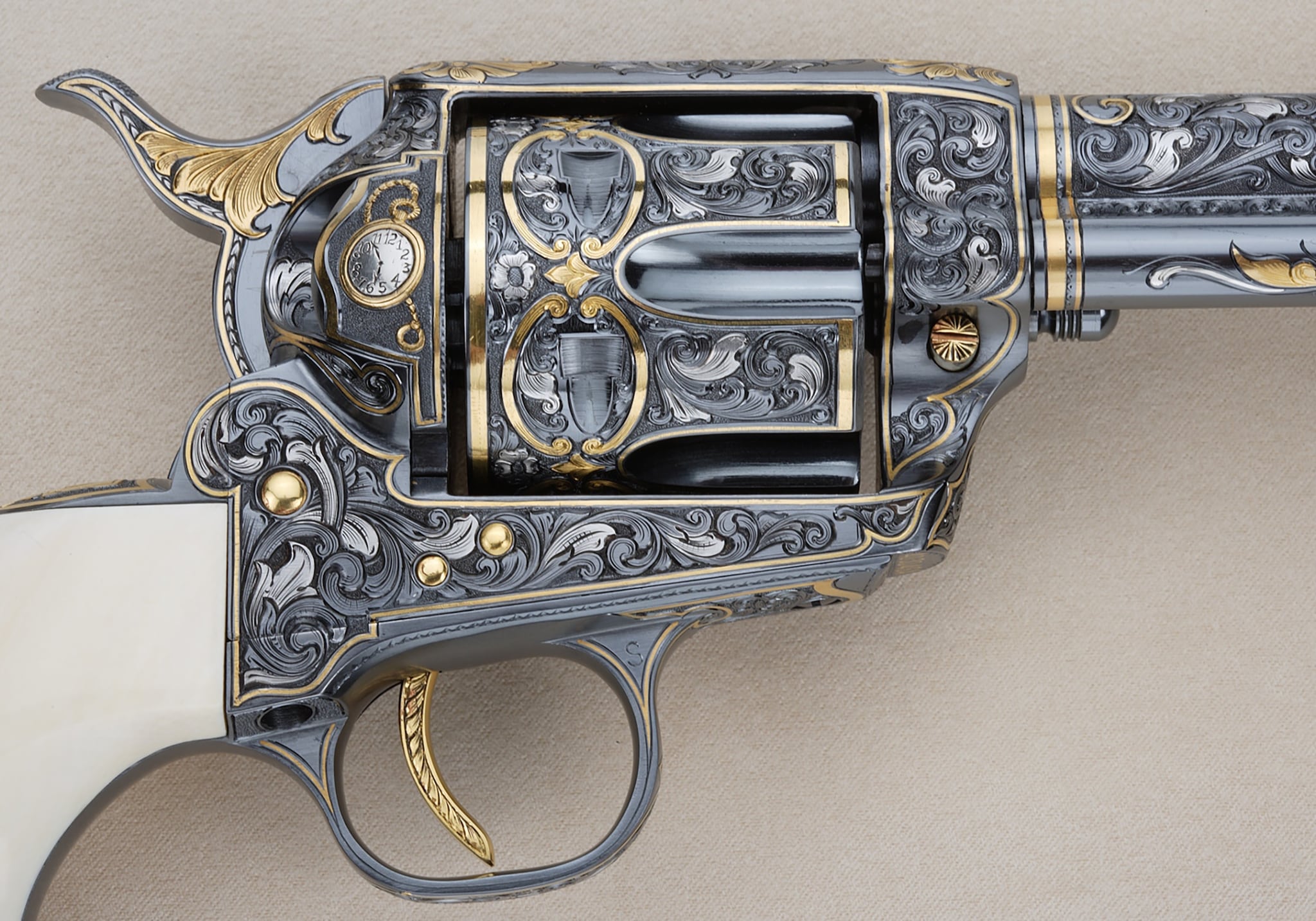 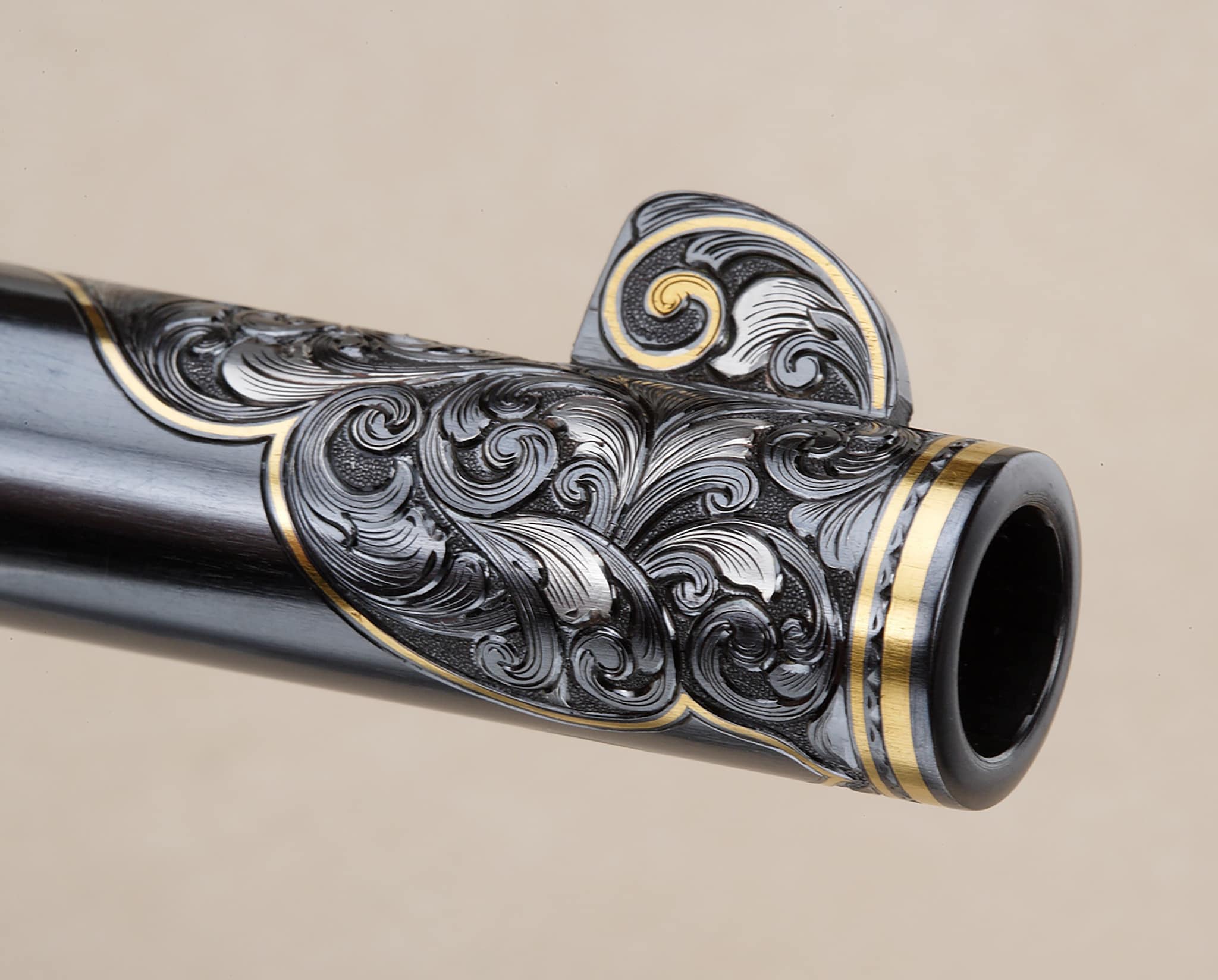 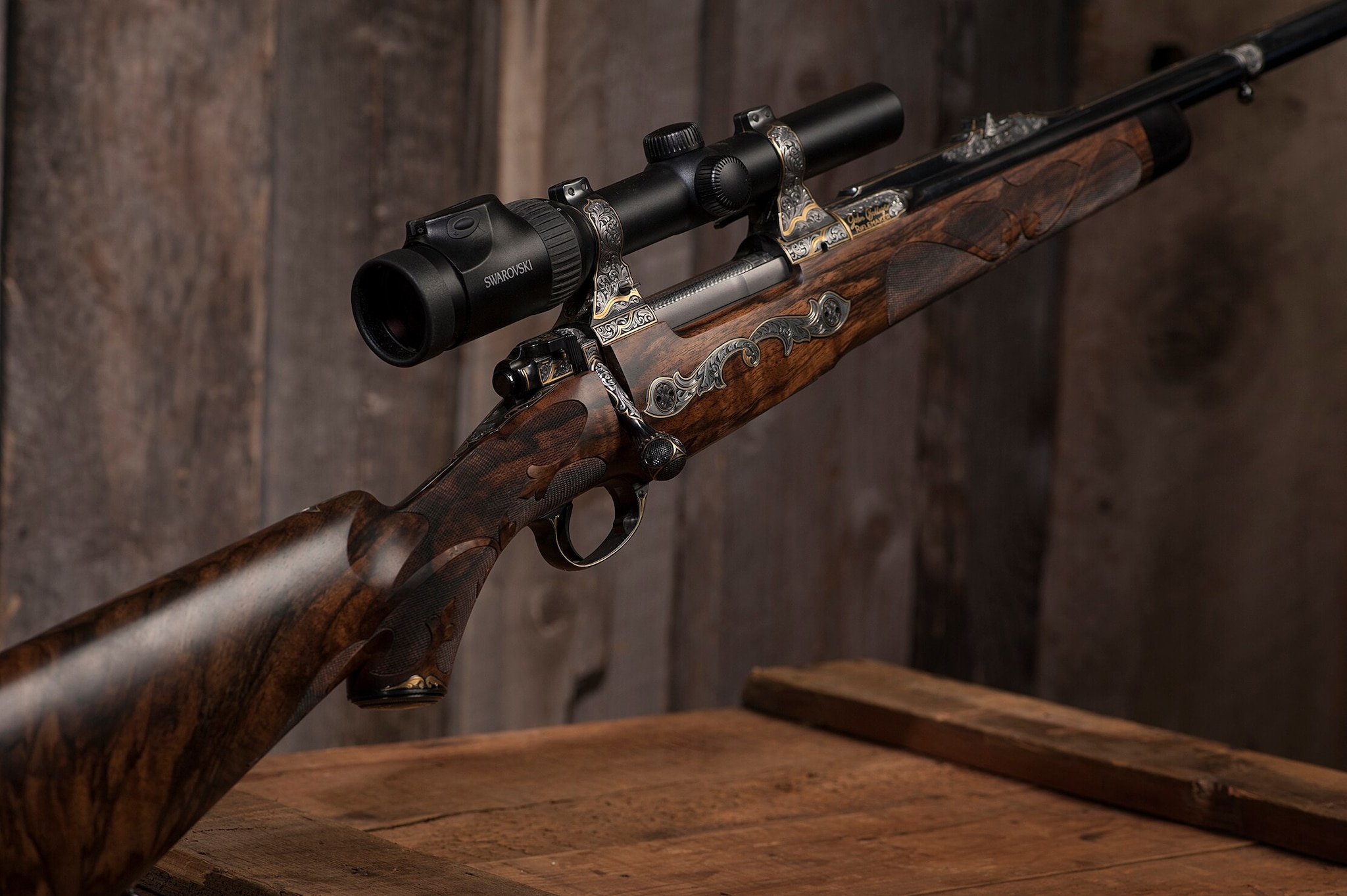