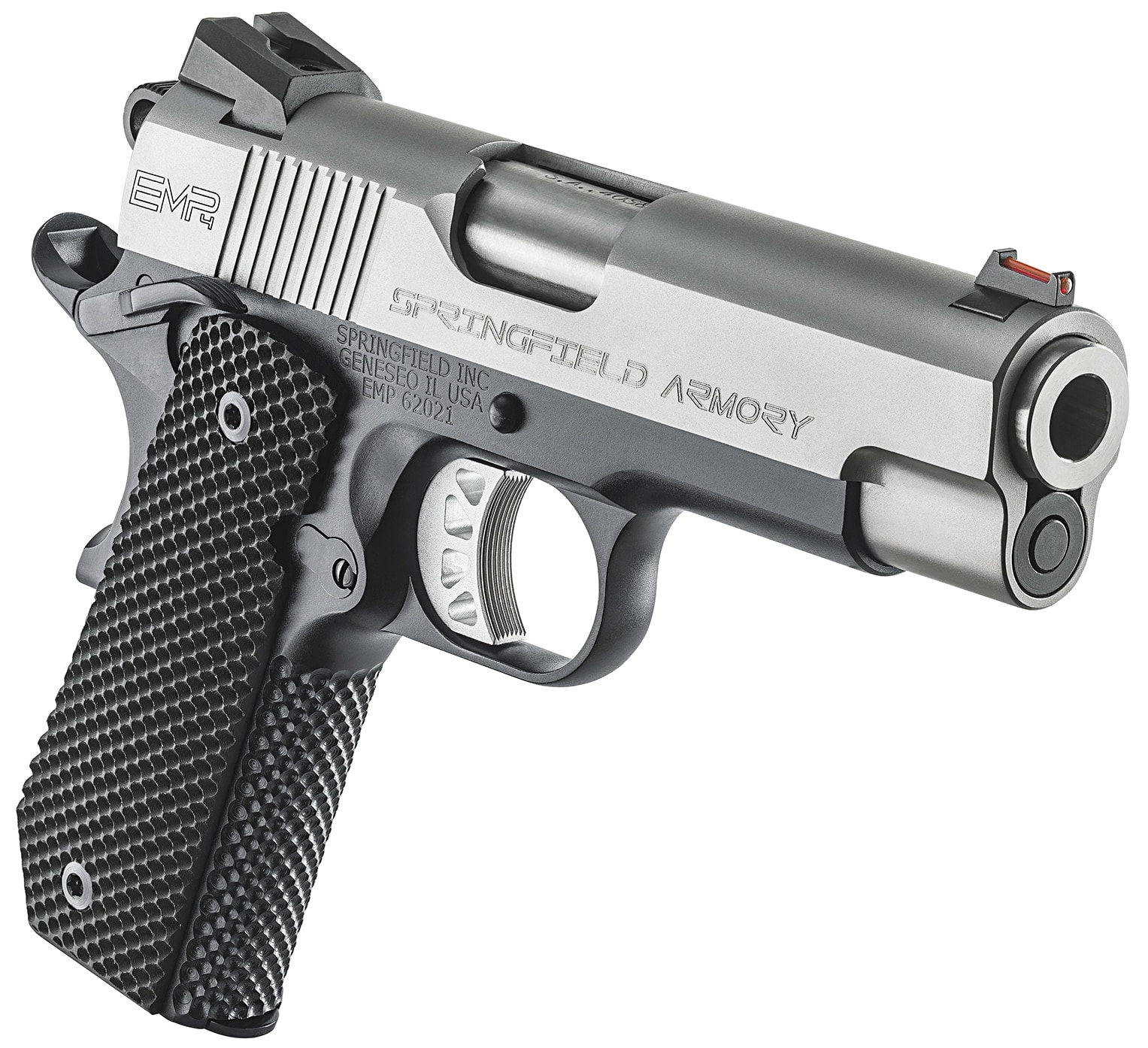 While it’s the same design, the Illinois-based gun maker modified the gun’s construction for the larger cartridge by replacing the aluminum alloy frame with a carbon steel that’s finished in Black-T and a rounded off heel and mainspring housing.

Springfield touts that what makes the EMP design popular is its “concealed carry contour design,” as the gun has a slim single-stack design and reduced dimensions of the grip frame. Engineers compressed the 1911 platform, which was originally designed for .45, and designed it around the 9mm cartridge. This process meant altering every mechanism of the action.

The new Springfield EMP design maintains many of the same features as its former like the contoured grip that removes part of the grip that tends to print. A satin finish 416 stainless steel slide has rear cocking serrations and a 3-dot sight system which employs a red fiber optic in front and a low profile white dot sight in back. The 4-inch stainless steel, match-grade bushing-less bull barrel incorporates a fully supported ramp.

Unloaded, the new EMP pistol weighs 33 ounces, measures 5-inches in height and 6.6 inches in length, it comes with three eight-round magazines, and retails for $1,249.