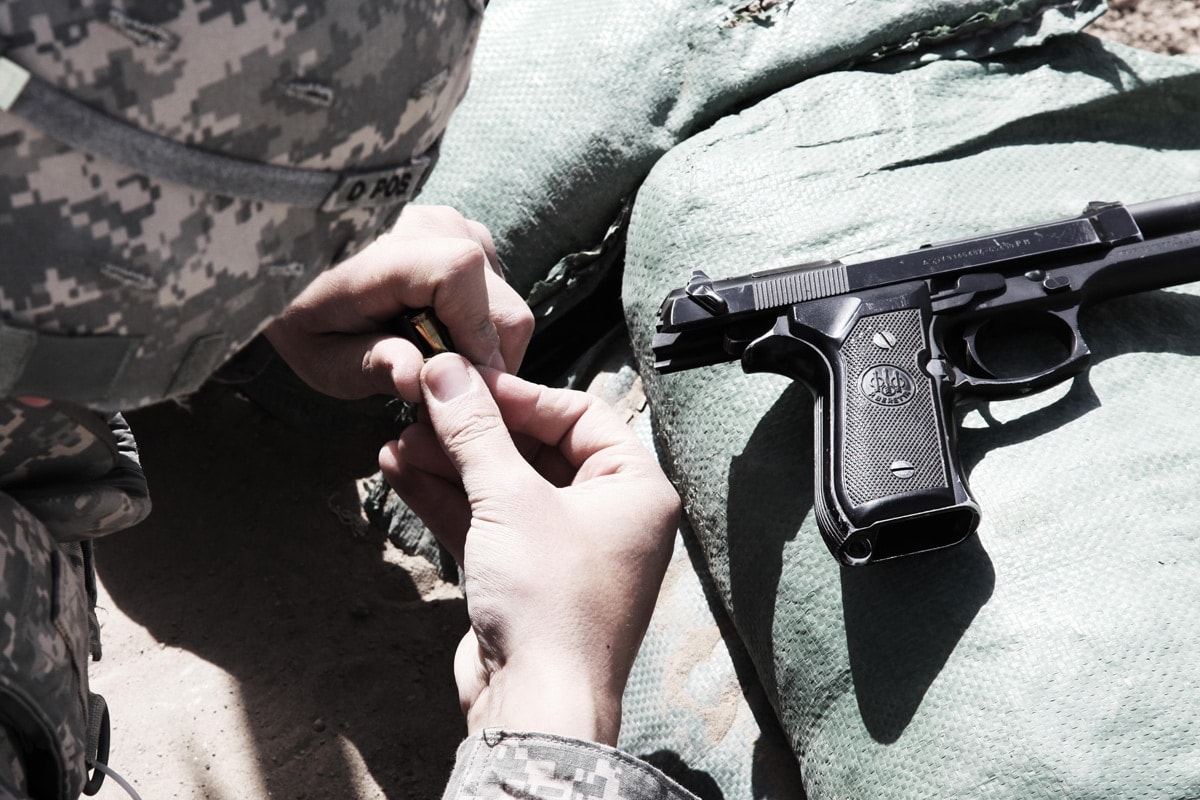 A soldier works with Beretta’s M9 in the field. (Photo: Department of Defence)

In what could be interpreted as a subtle dig at the Army’s MHS choice of Sig Sauer, Beretta announced via press release that its M9 series continues to meet reliability standards.

The company, which manufacturers the M9 series in its facility in Tennessee, says it completed its 14th consecutive M9 Lot Acceptance Test in September with an average of only one malfunction for every 19,090 rounds. The gun maker reporter that during the testing period 42 M9 handguns fired 210,000 rounds with reliability results almost 10 times better than the rate required by the US Army’s Modular Handgun System program.

“The incredible reliability of the M9 pistol is being continuously confirmed,” Gabriele de Plano, vice-president of military marketing and operations for Beretta Defense Technologies, said in a statement.  “Half of the LAT Reliability tests resulted in ‘perfect’ reliability scores with zero malfunctions in 15,000 rounds!”

“The most important characteristic of a military firearm is that it functions as intended when needed in a crisis,” said Executive Vice-President of Beretta USA Franco Gussalli Beretta. “The M9 has always proven itself to be the most reliable combat pistol in its 30 years of service with the US Armed Services and new M9 pistols being delivered today continue to show that reliability and performance.”