Man who stole guns, mailed manifesto to Trump, gets 14 years 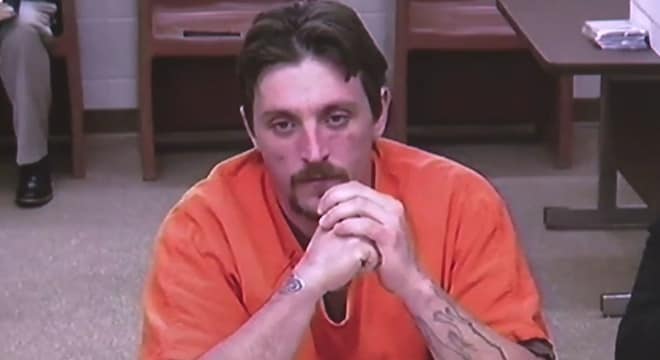 Joseph Jakubowski, the subject of a nationwide manhunt last April, was found guilty in September of stealing firearms and suppressors from a federally-licensed gun dealer and was sentenced this week. (Photo: WISN TV)

A federal judge in Madison, Wisconsin on Wednesday sentenced a man who broke into an area gun store and sent a rambling manifesto to the White House.

Convicted after a two-day jury trial on weapons charges, Joseph Jakubowski, 33, of Janesville, was sentenced to 14 years in federal prison and ordered to pay the gun store he burglarized nearly $17,000 in restitution.

As previously reported by Guns.com, Jakubowski mailed a 160-page anti-government manifesto to President Trump expressing grievances with the government, as well as anti-religious sentiments at the time of the burglary, then burned his truck and disappeared.

While on the run, a task force of more than 150 personnel from multiple local, state, and federal law enforcement agencies was formed to search for Jakubowski, issuing first a $10,000 then a $20,000 reward. He was captured after a 10-day manhunt at a campsite in rural southwestern Wisconsin with five guns, a samurai sword, and a copy of his manifesto.

Authorities advise 13 of the guns and a suppressor are still missing.

Prior to burglarizing Armageddon Supplies, Jakubowski had convictions for battery, domestic abuse, resisting an officer, and disarming an officer.

Wisconsin state Rep. Lisa Subeck, D-Madison, introduced legislation earlier this year in the wake of Jakubowski’s gun theft pushing for more regulations on gun stores in the state including mandates on how they lock up their wares. According to data from the Bureau of Alcohol, Tobacco, Firearms and Explosives, 7,488 firearms were reported stolen from federally licensed dealers last year but only 44 of those were in taken during burglaries in Wisconsin. The state saw 31 guns stolen in 2015.