Who doesn’t love pro-shooter Jessie Duff? She covered the walls at the Taurus booth during SHOT Show 2018 in Las Veags. (Photo: Daniel Terrill/Guns.com)

The Florida-based Taurus introduced the new TH-series of duty pistols — plus new revolver variants and Rossi rifles — at SHOT Show in Las Vegas this month.

Notable features include the subtle finger grooves around the grip and where the base of your thumb and index finger land. Also, the grip has interesting texturing in patch-work. The pistols use a hammer-fired system with a manual safety and they’re offered in standard and compact sizes. 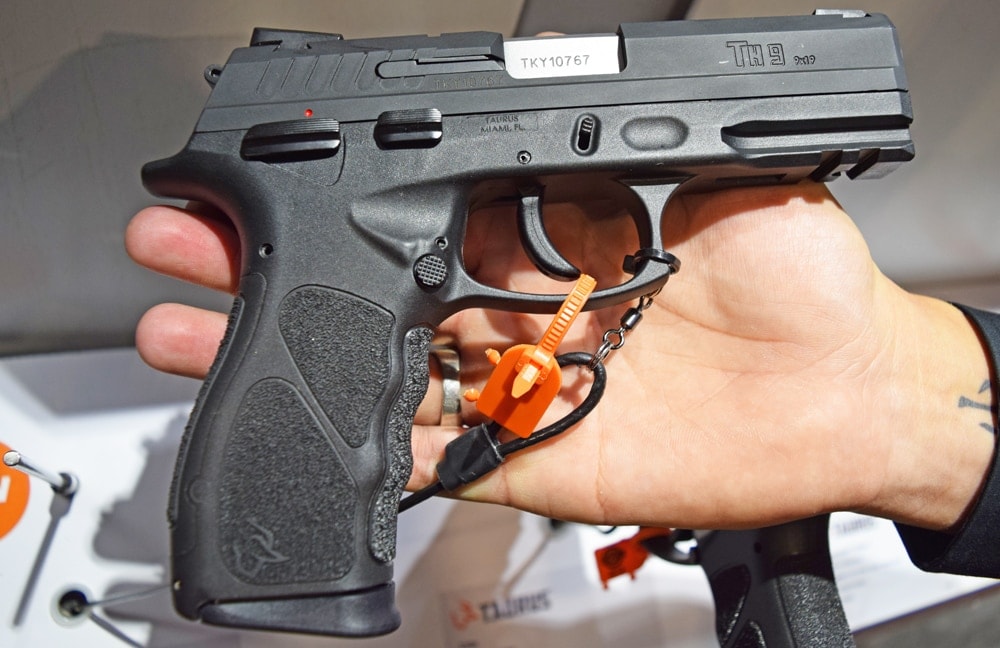 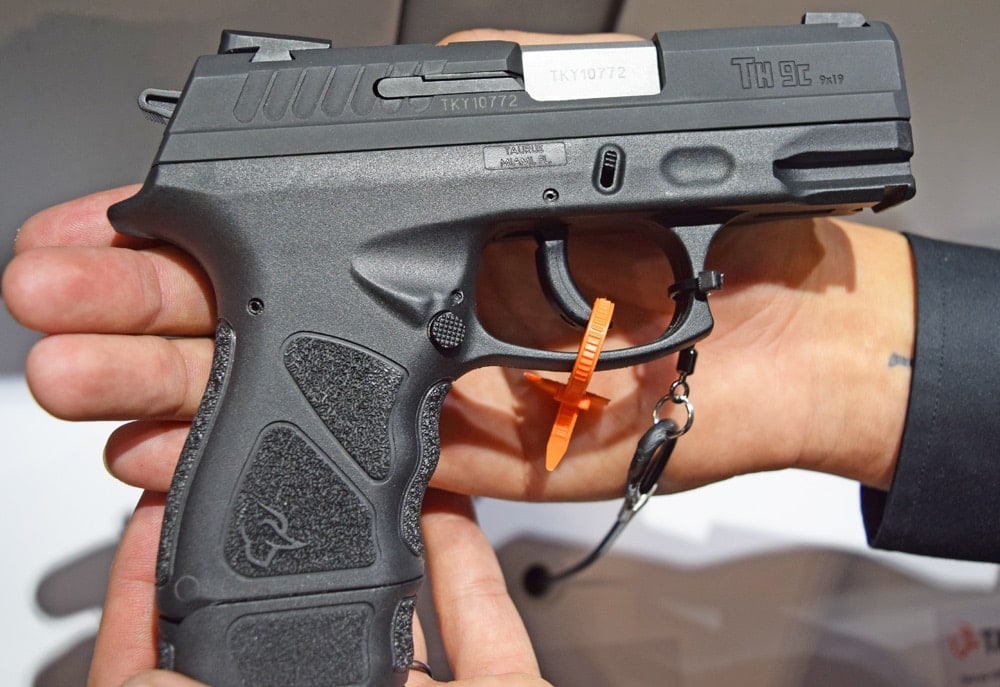 The Taurus rep at the booth said the TH series are popular in Brazil — where they’re manufactured — and they’ll hit stores in the U.S. during the second quarter, so around April. Retail price is listed as $359.

Also at the Taurus booth were a host of newish revolvers — big ones in multicolors, ones with long rails, and ones with big calibers. The “Raging Hunter” was one such model. The .44 magnum revolver had an 8.375-inch barrel that holds six rounds and retails for $919.

Another eye catcher was on display in the “Judge Zone,” a reference to the popular line of revolvers chambered for .410 shot shells. Taurus had on display the Raging Judge 513. The revolver chambered in .454 Casull/.410 had a 6.5-inch barrel, held six rounds and retails for $1,119. 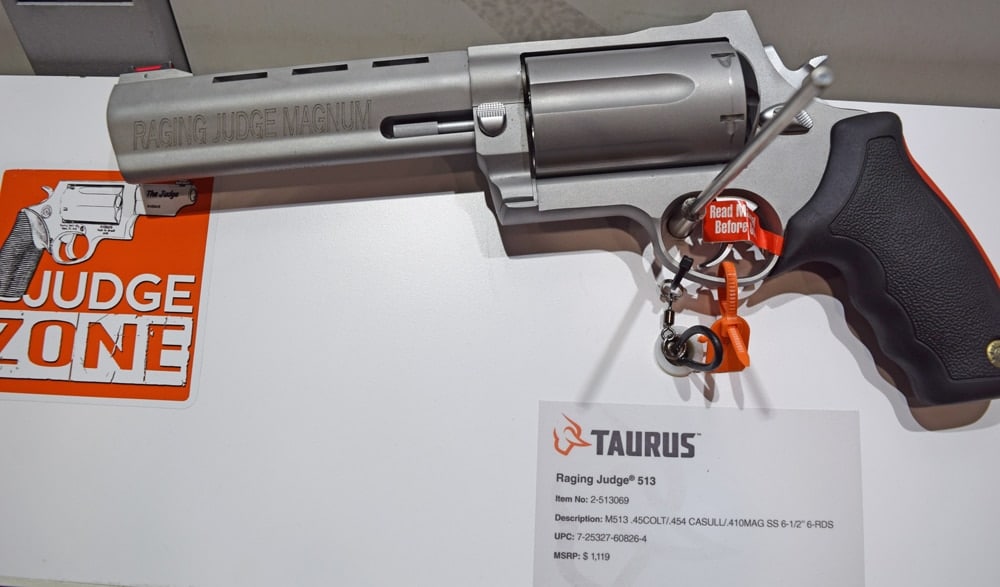 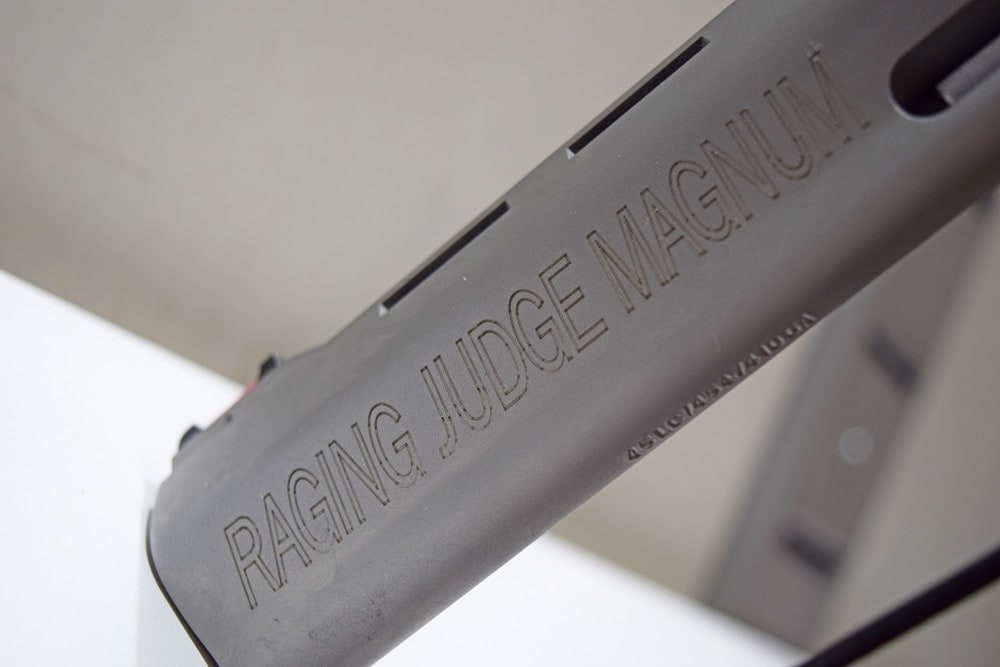 Still selling strong, according to Taurus reps, were the Spectrum pistols. They had introduced the concealed carry line of handguns last year with the schtick being the personalized color options.

Last, but not least, were the line of rimfire rifles by Rossi, Taurus’s sistered company. The new rifles offered an assortment of sights — fiber optic front sight with adjustable rear to no sights. Also, they’re offered with either a semi- or bolt-action. Retail price is listed at $139-$179. 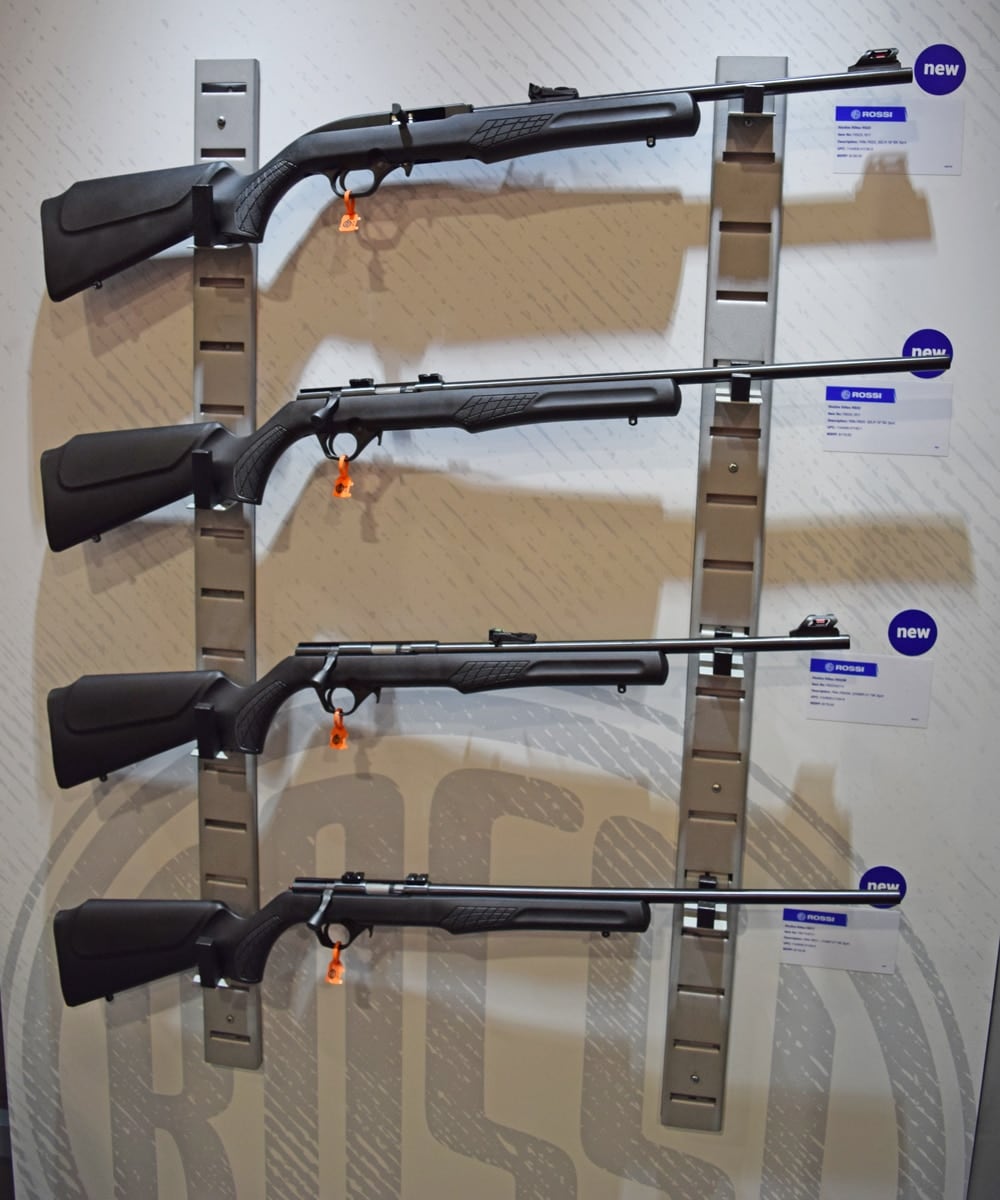 There isn’t much info on the Rossi Rimfire rifles online, but here they are. There’s a semi and some bolt actions all chambered in .22. (Photo: Daniel Terrill/Guns.com)