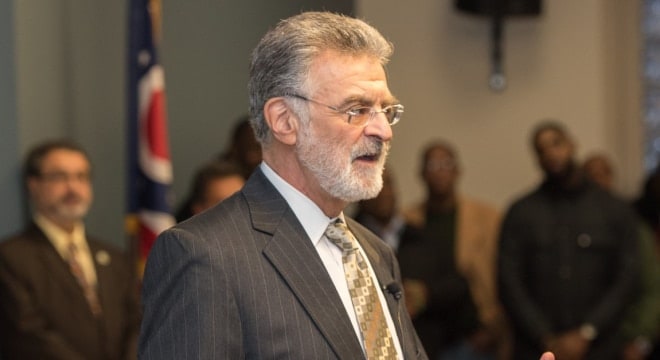 A previous ruling that found the city’s gun offender registry and extensive local ordinances on firearms were unconstitutional was upheld Wednesday by the Ohio Supreme Court.

The high court this week declined to hear an appeal by the city in the challenge brought by Ohioans for Concealed Carry, which had the effect of upholding a lower court’s ruling against Cleveland’s gun laws as violating the state’s preemption statutes. The gun rights group filed suit based on a 2010 case decided 5-2 in the Ohio Supreme Court that cities could not pass gun laws in excess of those maintained by the state.

Mayor Frank Jackson and the Cleveland City Council passed the controversial package of regulations and its companion gun offender registry in 2015 after hours of discussion and testimony from opponents and proponents of the ordinance over a several-month period. Though the registry scheme had few takers, the city stood by the program even as Second Amendment advocates hauled Jackson into court, calling the initiative “illegal and unenforceable.”

In 2016, the Cuyahoga County Common Pleas Court knocked down most of the city’s new gun regs in a decision that was reinforced last year by the Ohio Eighth District Court of Appeals who found all but two of the ordinances to be in conflict with Ohio state law.

Still, Jackson says the courts are off base.

“I disagree with the Ohio Supreme Court’s decision not to hear the city of Cleveland’s appeal to uphold its own gun laws,” Jackson said as reported by Cleveland.com. “The laws the city proposed and that were enacted by our City Council are reasonable and do not conflict with any state gun regulations.”