Report: Violent crime down slightly in first half of 2017 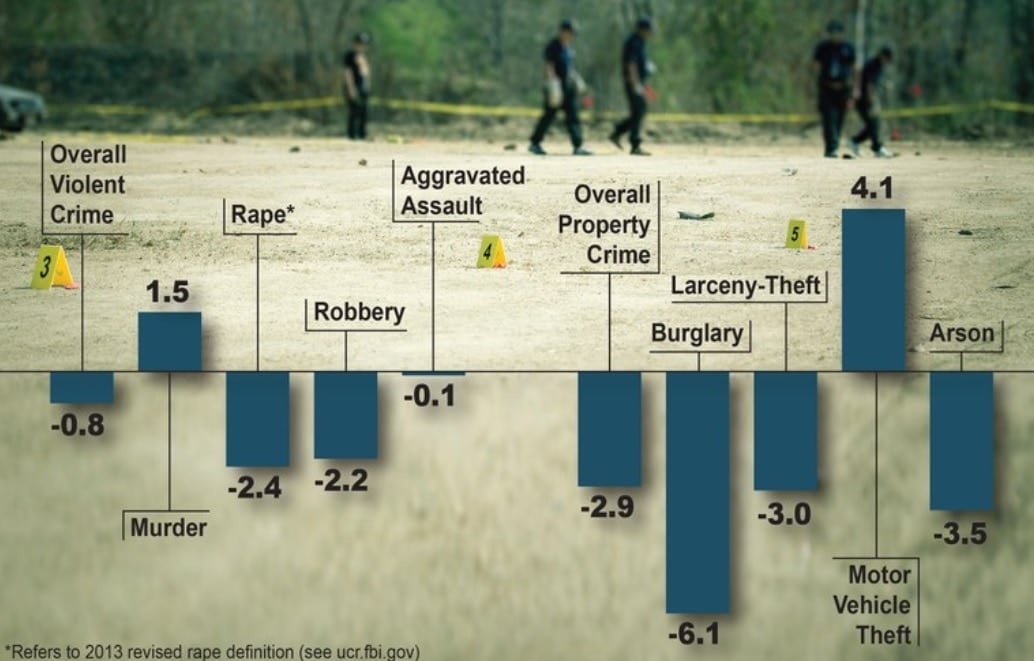 Crime rates declined marginally during the first half of 2017, according to a federal report released this week.

The FBI’s Preliminary Semiannual Uniform Crime Report shows both violent and property crimes fell 0.8 percent and 2.9 percent last year compared to the first six months of 2016. The rates for arson and larceny declined more than 3 percent while reported burglaries dropped twice as far to 6.1 percent behind 2016.

Reported murders increased 1.5 percent and rapes fell more than 4 percent — though the FBI clarifies a change in its definition likely spurred the decline.

In 2011, FBI Director Robert Mueller approved a revamped version of the UCR’s 80-year-old definition of rape. The new definition — implemented into the FBI’s crime reporting systems in 2013 — reads: “Penetration, no matter how slight, of the vagina or anus with any body part or object, or oral penetration by a sex organ of another person, without the consent of the victim.”

Notably, the new definition removes the term “forcible” and broadens the scope of the crime “by capturing gender neutrality” to include victims sodomized by a perpetrator of the same sex, according to a 2012 memo from the FBI.

“Comparisons lead to simplistic and/or incomplete analyses that often create misleading perceptions adversely affecting communities and their residents,” the report reads. “Valid assessments are possible only with careful study and analysis of the range of unique conditions affecting each local law enforcement jurisdiction. It is important to remember that crime is a social problem and, therefore, a concern of the entire community.”