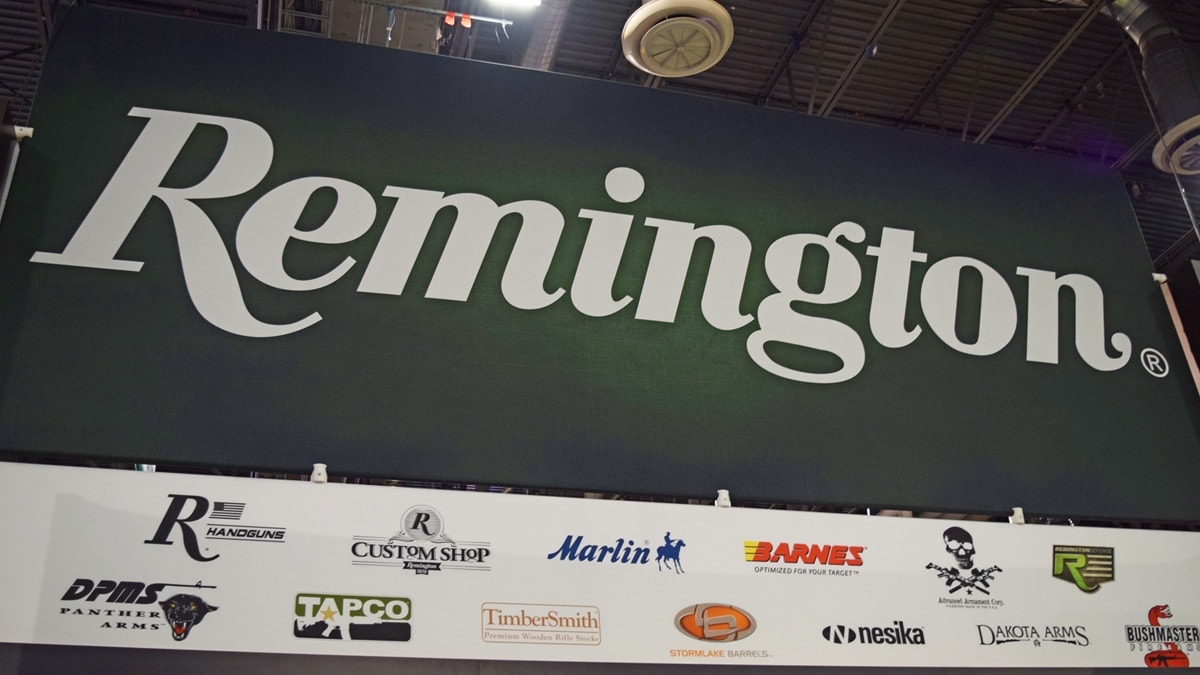 The Remington sign at the company’s booth during SHOT Show 2018 in Las Vegas. (Photo: Daniel Terrill/Guns.com)

Representing two class members, attorney Sarah Westcot argued that the court approved the agreement using an incomplete dataset because Remington failed to adequately notify owners of the defective product about how they could file a claim.

“The problem here is the notice did not reach the class. There was no actual desire to inform the class. There were major problems with this notice,” she said, adding the tepid effort resulted in a dismally low response. During the claims period, fewer than half a percent of Model 700 owners participated, meaning approximately 29,000 people out of a possible 7.5 million filed a claim.

To contact owners, she argued Remington should have mailed out direct notifications rather than rely on online messaging like banner ads. “They should have first gone to the best — what is well known by notice experts everywhere — that direct mail notice gets the highest rates,” Westcot said.

She called the effort an “experiment” because employing such a tactic to encourage participation in a recall has not been perfected. “We’re raising an issue whether or not the class was actually given the opportunity to be informed and there’s so many problems with this digital, experimental plan,” she said.

Westcot argued Remington led the court into believing the notification campaign was more successful than it actually was by listing that the online ads garnered some 40 million impressions, but the company did not provide how many people actually clicked on the ads. Therefore, Remington withheld reliable analytics.

Yet, the appellate court hesitated to accept the figures on face value. Court documents show plaintiffs estimated Remington had manufactured more than 7.5 million rifles with the infamous design since 1958. Judges, however, called that figure “mythical” because it’s unlikely to realistically reflect the number of people impacted and interested in filing a claim.

One judge also pushed back, arguing some Model 700 owners may not have seen the point in participating, if for example, the user had never had a problem with the gun, so filing a claim and getting the fix would’ve been more trouble than it was worth.

The judges clarified if they overturn the agreement because of the low claims rate, they would “break new ground” in such cases, which Westcot acknowledged. But concerns about the low claims rate were raised by the judge who issued the ruling.

Before approving the agreement last March, U.S. District Judge Ortrie Smith considered rejecting the settlement because of the low claims rate. The defective trigger design had been linked to numerous injuries and deaths and in turn dozens of lawsuits. Part of the agreement was to issue the recall and implement the fix in order to prevent future accidents.

Attorneys for the lead plaintiff and Remington argued for Smith to approve the ruling and continued to do so in the appellate court.