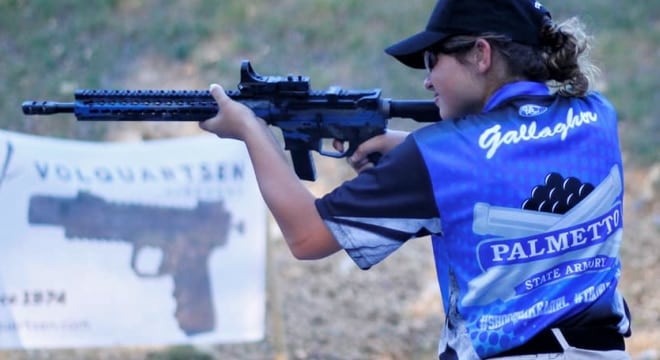 In counterbattery to recent announcements from other firearm retailers, South Carolina-based PSA issued a statement clarifying their stand on the AR.

Palmetto State Armory on Thursday espoused their corporate feelings on recent events that have seen big box retailers such as Dick’s and Walmart further cementing their decision not to carry sometimes controversial semi-autos such as the AR-15. PSA clarified that the “AR” in AR-15 stood for Armalite Rifle, after the original company behind the design, going on to advocate that blame is being misplaced on guns in the aftermath of a vicious school shooting last month in Florida.

“To blame the rifle or a high capacity magazine for the actions of an evil man is illogical and is only applied when referring to firearms,” the company said. “When a vehicle is used to commit an act of violence we as a society do not blame the car, we do not blame the speed, or the steering wheel, but rather the driver.”

In addressing the link between the constitutional right to keep and bear arms and freedom of speech, PSA was clear, saying, “We believe that a primary purpose of the Second Amendment is actually to protect the First Amendment.”

PSA, who have seven locations in South Carolina, specializes in the sale of bulk ammo, AR parts and, increasingly, full-up rifles with their budget sub-$500 Freedom Rifle series being especially popular. At this year’s SHOT Show in Las Vegas, they announced plans on further expanding their line to include MP5 clones.