Machine gunner Mark Dinsmore shows off the three rare vintage machine guns he was lucky enough to inherit from his father.

Dinsmore attended his second Big Sandy machine gun shoot near Wikieup, Arizona in October. He said he was hooked after his first time attending. The event affords him a chance to talk shop with fellow machine gunners on top of shooting guns in unison with dozens of other shooters.

Owning and operating machine guns, especially those that are a century old, is no easy task. It takes a great deal of research and dedication to keep them working. The internet has made things easier, but events like Big Sandy bring like-minded people together to share their knowledge.

Dinsmore inherited all of his machine guns from his late father. He’s glad his father was into machine guns and not football, because he doesn’t give a damn about football. He loves machine guns though. 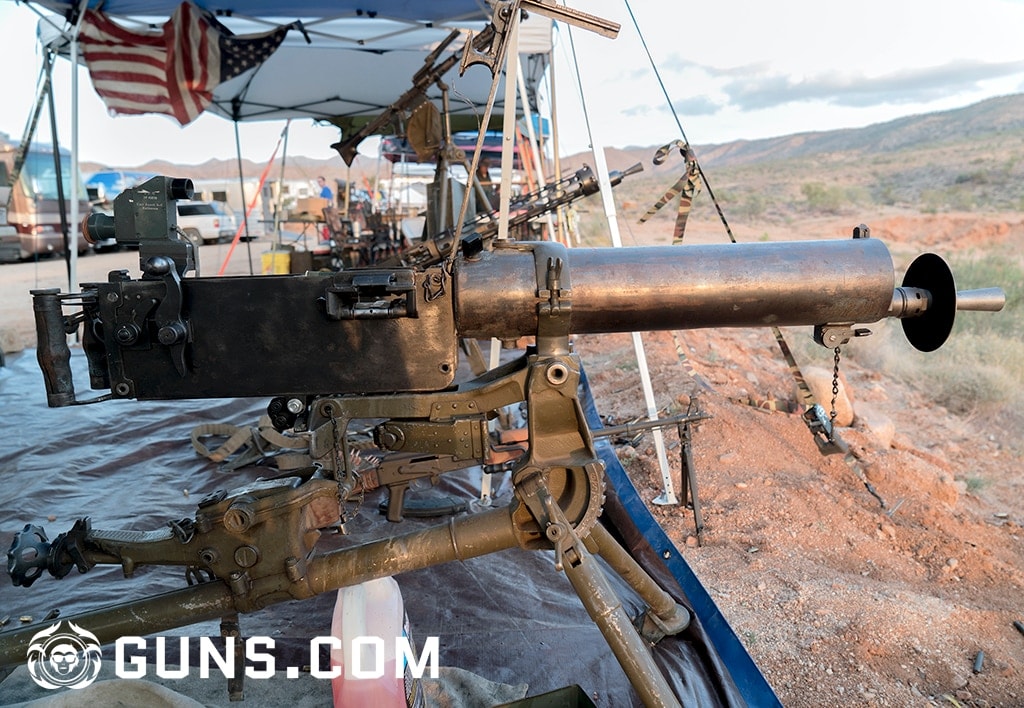 The first gun Dinsmore was running at Big Sandy was his 1918 water cooled Maxim machine gun. It was a World War I trench machine gun. “Maxim kind of set the standard as far as machine guns are concerned. This is basically what replaced the Gatling gun early on,” Dinsmore said. 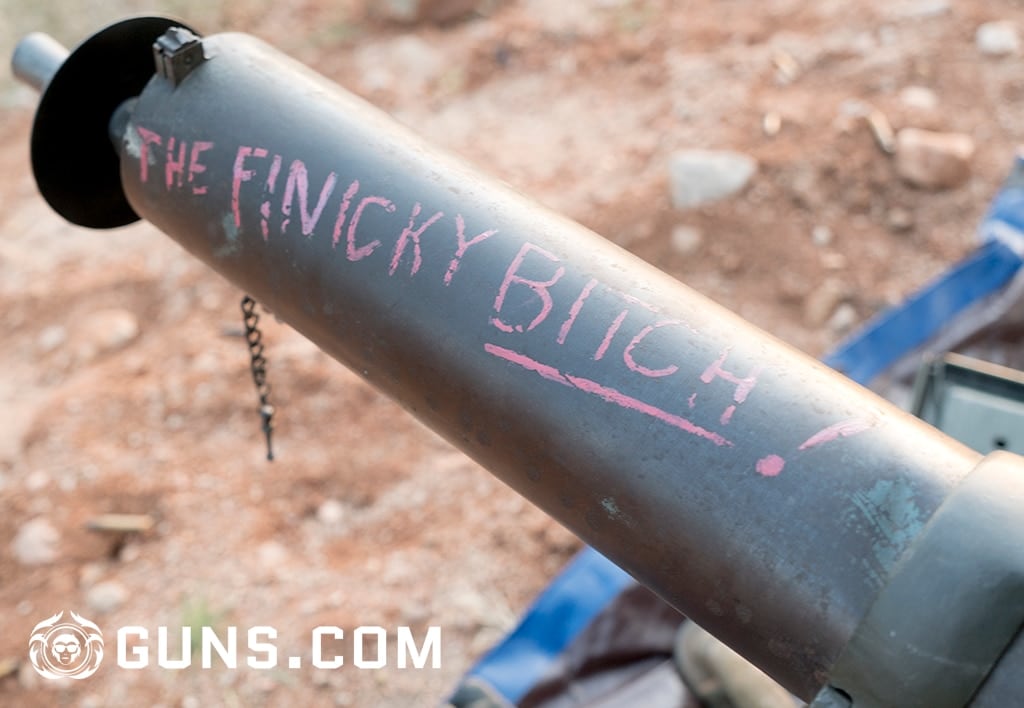 Dinsmore aptly nicknamed his Maxim ‘The Finicky Bitch’ because she requires a fair amount of attention. “But when she runs,” he says. “She’s a thing of beauty.” 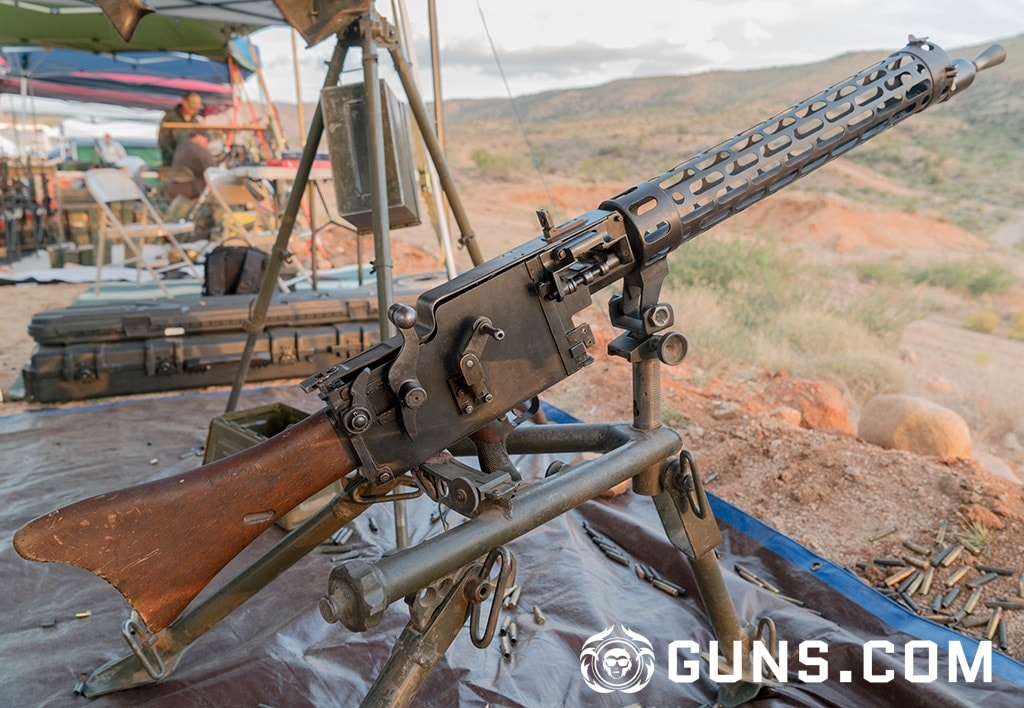 Another gun on Dinsmore’s line was his LMG 08/15 machine gun. It was the German Army’s standard machine gun during World War I. It saw variety of applications including airship defense. This is what Dinsmore’s LMG was set up for. 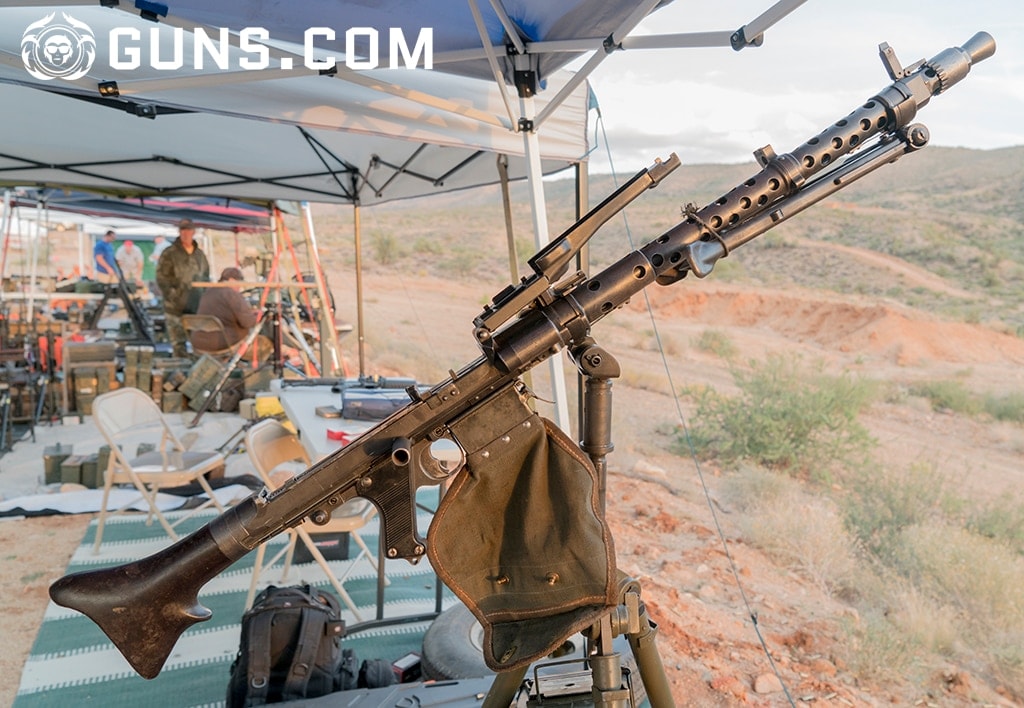 The last gun in Dinsmore’s arsenal was his German MG 34. It was an extremely successful machine gun used by the Germans throughout World War II. According to Dinsmore, it was used for just about everything. “There were mounts for it to fit every kind of vehicle they had up to and including bicycles and donkeys,” he said.

Dinsmore highly recommends people attend the Big Sandy machine gun shoot. It’s an absolute blast and according to him, the fireworks show is by far, the best show you will ever see in your life.