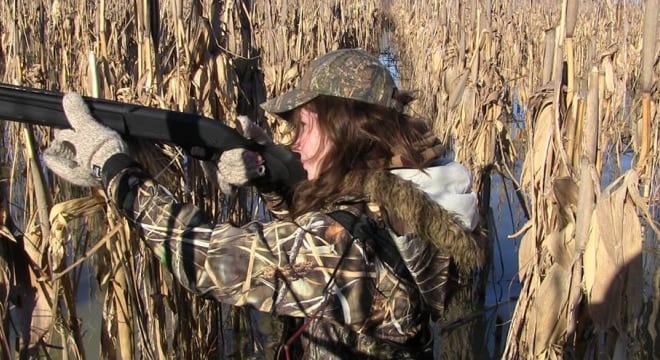 With the theme of “Celebrating our waterfowl hunting heritage,” entries have to include not only the required fowl but also hunting accessories in their art. (Photo: MDWFP)

The U.S. Fish and Wildlife Service this week announced the upcoming contest for the country’s next duck stamp will include a hunting-related aspect to the art.

Besides duck and goose hunters who have to have the stamp to stay legal, many stamps are purchased each year by avid collectors, birdwatchers and wildlife groups, in all generating $40 million annually for conservation efforts — and entries for the 2018 Duck Stamp Contest will have to include, besides a stunning image of waterfowl, a visual element that features hunting. The move is part of an overall effort by the Trump administration to grow the number of sportsmen taking to the country’s woods.

“Hunters have always been a crucial piece in conserving America’s natural resources, with the Duck Stamp being one of the greatest examples,” said Deputy Secretary of the Interior David Bernhardt in a statement. “It’s incredibly appropriate that this year’s contest theme would be ‘Celebrating our waterfowl hunting heritage.’ I learned the greatest life lessons a boy could learn with a shotgun in hand from the inside of a duck blind. That tradition, through programs like the Duck Stamp, will be passed on so that future generations can add to that conservation legacy.”

The current contest, set to conclude in September, must feature both one of five approved waterfowl species as well as a hunting-related accessory such as blinds, hunting dogs or waterfowl decoys in the image.

Established in 1934, some 98 percent of the purchase price of each stamp goes directly to help acquire and protect wetland habitat in the National Wildlife Refuge System. Officially the Federal Migratory Bird Hunting and Conservation Stamp, the first Duck Stamp was drawn by cartoonist Ding Darling, who at the time was the head of the U.S. Biological Survey, the forerunner of the U.S. Fish and Wildlife Service. Noted artists were asked to design subsequent stamps until 1949 when the public contest — the only one of its kind sponsored by the federal government — was established.

An estimated 1.8 million stamps were sold in 2017 and last year’s contest saw over 200 entries.