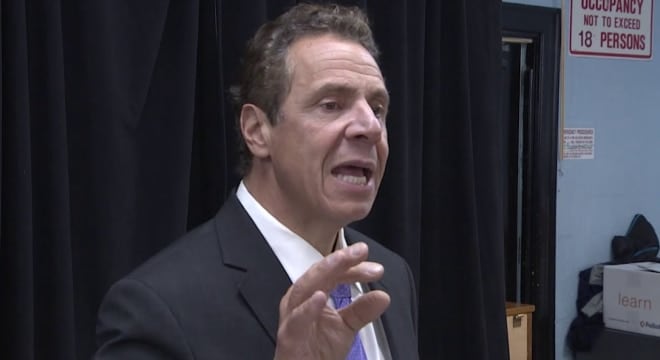 Under Gov. Cuomo, New York has passed some of the strongest gun control laws in the nation, but he contends the work is not done. (Photo: NY Governor’s Office)

A gun control measure praised by some but criticized by others for being too wide in its scope passed the New York legislature.

The measure, S 8121, would amend New York’s laws that trigger a ban on firearms possession to include a number of “serious” misdemeanor offenses if they occur in a domestic situation. These range from such crimes as fifth-degree arson to contempt of court in the second degree and third-degree tampering. Some argue the provisions are too sweeping.

The bill, which passed both the Assembly and Senate last weekend, would greatly add to the list of misdemeanors that, when taken in conjunction with a domestic abuse situation, would trigger the loss of gun rights following a conviction. Once determined, the prohibition would be sent to the Federal Bureau of Investigation so the record could be added to the national database that background checks for gun transfers are checked against.

At the end of 2017, federal regulators had 58,316 active files on prohibited firearms possessors reported from New York to the National Instant Criminal Background Check System due to protective orders in domestic abuse cases, a figure not bested by any other state.

The language of the proposal would also force those surrendering arms to give up rifles and shotguns as well, whereas current state law only applies to handguns.

New York Gov. Andrew Cuomo welcomed the news of the proposal’s passage. “New York is once again leading the way to prevent gun violence, and with this common-sense reform, break the inextricable link between gun violence and domestic violence,” said Cuomo in a statement issued over the weekend. “This legislation builds on our gun laws — already the strongest in the nation– to make New York safer and stronger.”