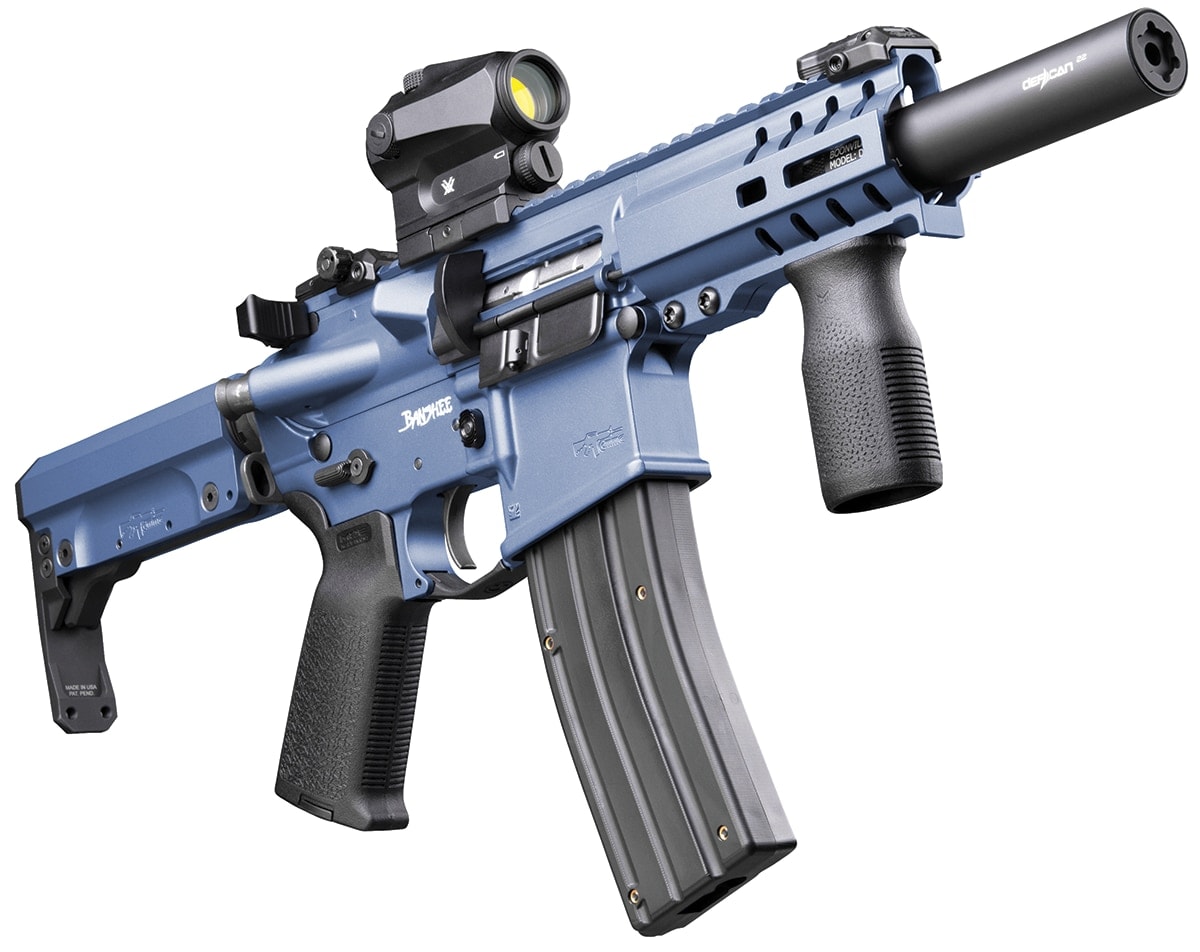 The Banshee comes chambered in either 9mm, .45 ACP, .300 BLK or .22 LR. The compact, lightweight series is portable, according to CMMG, who recommends it for personal protection, home defense, plinking or competition shooting.

The Banshee is outfitted with CMMG’s latest creation, the ambidextrous charging handle, in addition to an ambidextrous sling plate and safety selector. Sporting CMMG’s Premier Cerakote finish, the series comes with a RML M-LOK Handguard as well as a Magpul MOE Pistol Grip.

The pistol Banshee versions will come equipped with a Tailhook Mod 2 Brace while the SBR variants offer a Magpul MVG Foregrip with CMMG’s RipStock.

“The RipStock features two of CMMG’s patent pending technologies: FASTBACK and P3. Thanks to FASTBACK Technology, users can simply pull straight back to extend the stock without worrying about a release lever like most AR butt stocks employ,” CMMG said in a news release. “It also features personal position presets (P3 Technology) that allow users to adjust a screw into one of five slots to ensure the stock extends to the same position each time.”

Both the 9mm and .45 ACP models utilize CMMG’s Radial Delayed Blowback operating system in addition to feeding from Glock mags.

The Banshee comes in both a pistol and SBR variant, pictured above. (Photo: CMMG)