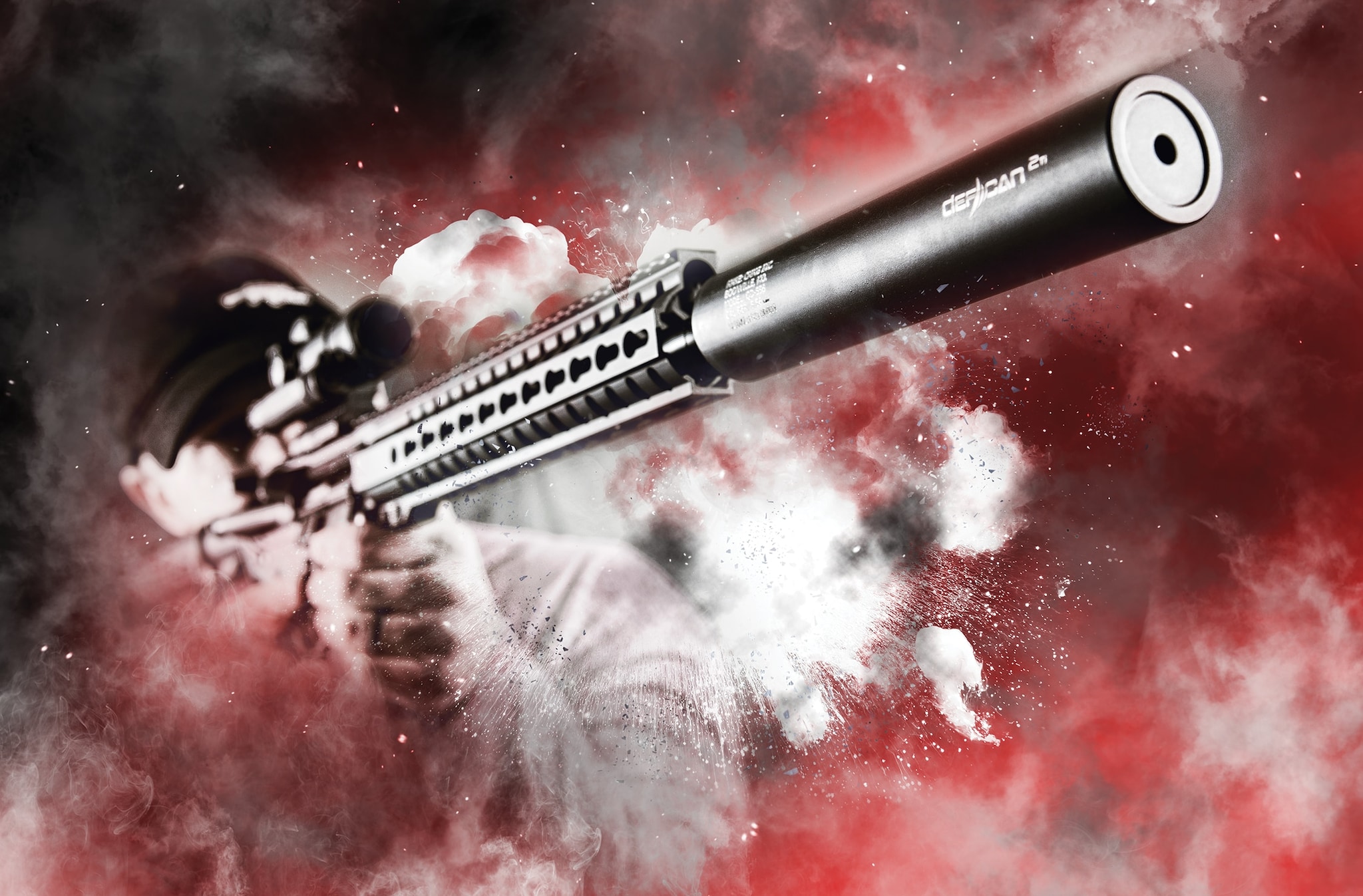 CMMG launches a new line of suppressors with the DefCan series. (Photo: CMMG)

Continuing its roll out of new products, CMMG launched the new DefCan suppressor line featuring an array of cans to suit shooter needs.

The lightweight DefCan line consists of five total models, with direct thread and quick detach models available within most variants. The series will include: DefCan 3Ti, DefCan 2Ti, DefCan 9, DefCan 45 and DefCan 22.

“DefCan is an exciting new step for CMMG. Combined with our new line of Banshee SBRs, DefCan suppressors will give us a strong presence in the NFA market. Additionally, the DefCan suppressor line complements our current firearm product line-up very well and will be an integral part of our plans going forward,” Chris Reinkemeyer, CEO at CMMG, said in a news release.

Kicking off the series is the DefCan 3Ti —a lightweight, full auto rated 7.62 suppressor. Boasting an all titanium design, the 3Ti offers a decibel reduction of 32 dB. The DefCan 2Ti is rated for 5.56, featuring a blast baffle made of Iconel. The remaining portions of the 2Ti are outfitted with Titanium.

The DefCan 9 serves up what its name implies, offering a 9mm can in the bi-lock QD setup. Constructed from 7075 aluminum, the DefCan 9 is compatible with most 9mm rifles.

The Defcan 45 offers a suppressor rated for .45 ACP. The suppressor also sticks with the bi-lock QD system and features an aluminum construction with Hard Coat Anodized finish. Rounding out the series is the DefCan 22, a rimfire suppressor with a sound reduction of 40 decibels. The can is compatible with .22 Short, .22 Long, .22 LR, .22 Magnum, .14HM2 and .17HMR.

The DefCan series is available now through Silencer Shop with prices starting at $324 on the low end and topping out at $899.