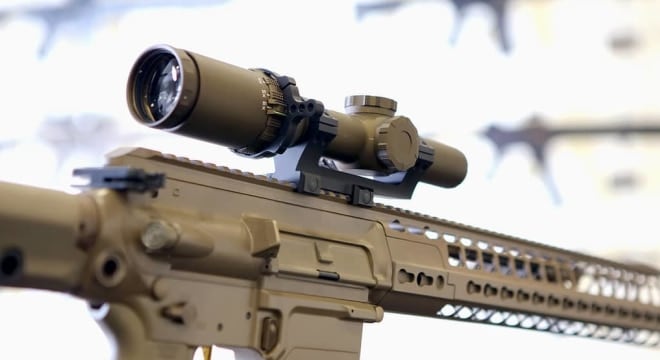 The Army has announced that Sig Sauer’s 1-6x24mm Tango6 optic has been selected to equip the service’s new Squad Designated Marksman Rifle.

“It’s truly an honor to be selected as the official optic for the Squad Designated Marksman Rifle, and it is very humbling to once again earn the trust of the US Army through this selection,” said Ron Cohen, Sig’s president and CEO, with the news coming a year after the company’s big win in the Army’s Modular Handgun System competition.

“Sig Sauer is committed to providing the highest quality equipment for the military that surpasses expectations in durability, accuracy, and performance, so they have tools they can rely on for every mission requirement in the defense of freedom,” Cohen said. 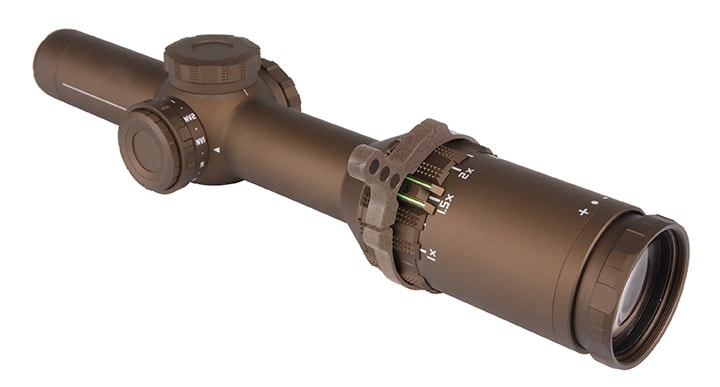 Typically sold in a black finish commercially, the Army’s version of the optic will have an anodized aircraft grade aluminum main tube with a FDE coating.

Other features of the optic include a locking illumination dial, Power Selector Ring throw lever, and a laser-marked scope level indicator for mount installation that Sig bills as being six times more accurate than a typical bubble level.

The Army is moving to adopt some 6,000 Heckler & Koch G28E rifles as the service’s new SDMR platform, replacing modified M14 rifles used for the purpose over the past decade, Military.com reported. While the same 7.62x51mm-caliber rifle, when classified as the M110A1 Compact Semi-Automatic Sniper System uses a Schmidt & Bender 3-20 power variable scope, Army officials said the SDMR variant, meant for use at the squad-level, would use an optic geared more towards close-quarters battle.

“What we are looking at would be in the realm of a 1-6, variable-power illuminated reticle,” Daryl Easlick, the small arms deputy for the Lethality Branch at Fort Benning’s Maneuver Center of Excellence told Military.com in March. “The concept would be if I am doing anything under 50 meters or even 100 meters, I am on one power and I can execute those tasks that I would normally do with a [close combat optic] very well.”