Having gone to film school I was subjected to a fair amount of art history. Now, I wouldn’t necessarily consider myself an artist, but I do follow the art scene in my hometown and keep abreast of what’s going on nationwide. To me it’s a source of visual inspiration when I see a really great piece of art, whether it’s hanging in a gallery, tagged on the side of building, or in this case a gun. 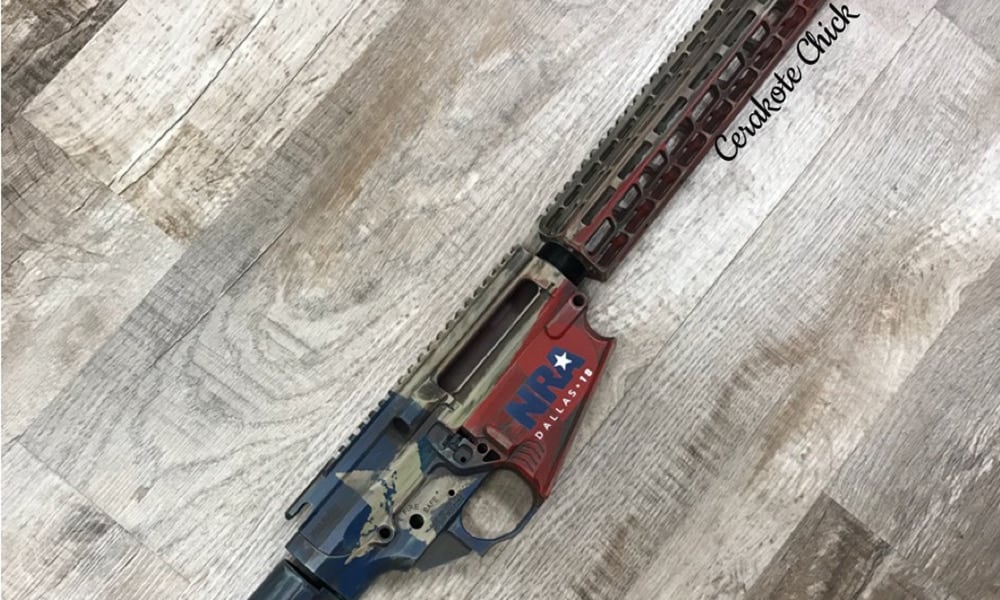 When I first saw the guns that Melodie Mackson was making with her company Cerakote Chick I was instantly drawn to her work. I’ve seen lots of people who Cerakote their guns, but I hadn’t seen anyone who was doing some of the patterns and wild designs that she was doing. I have nothing against black guns, but a cool Cerakote job makes a gun unique and standout from the crowd. Mackson was drawn to Cerakote application after she searched all over for someone to paint her Springfield XD-S a pink leopard print. When she had exhausted all her options she decided to have it Cerakoted pink and then stencil in the leopard print with a sharpie marker. Obviously that wasn’t going to last, especially when you carry everyday like she does. What else was she going to do though? She was determined to have a pink leopard print gun. 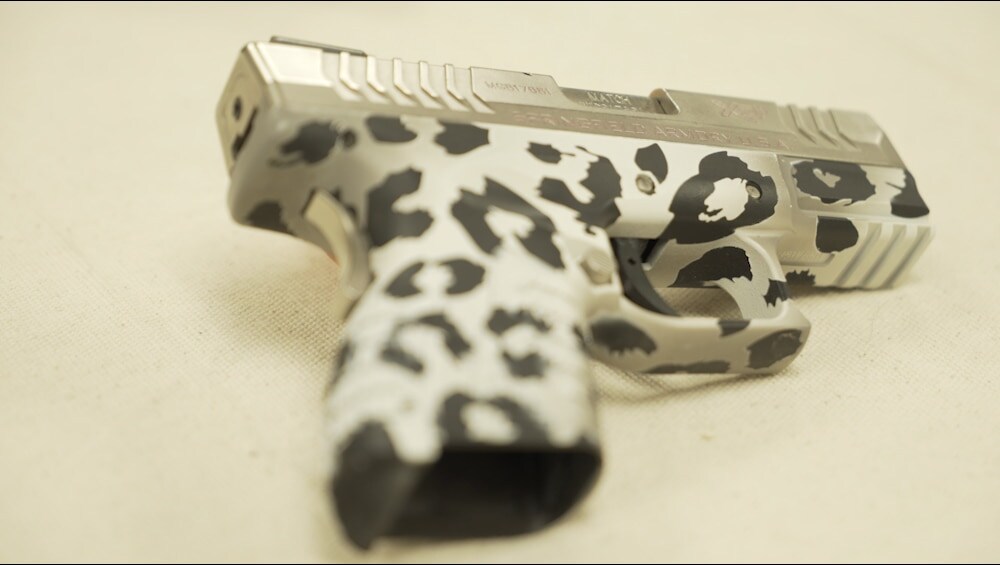 When she painted her first gun she was working at her parents gun store, ladies kept asking where they could get their guns painted similarly. “No one sold a leopard print gun back then,” Mackson said “nobody offered it, and if you wanted a specific color you had to essentially paint it. A lot of people were spray painting their guns.” This gave her the idea to start the business that is now Cerakote Chick, the business of painting guns and making them unique has really begun to take off. 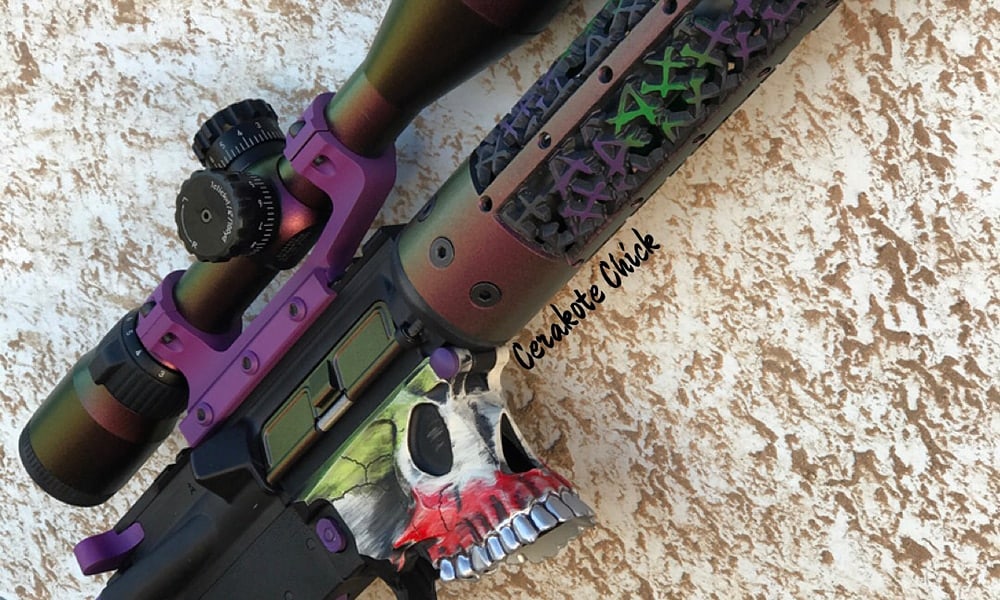 “I had no idea that this company would be this successful, I’m shocked everyday at how successful this company really is,” She said. Right now if you wanted a gun done by Mackson you would be put on a waiting list of 6-8 weeks. That wait is only growing as her business continues to boom. If you’re not a fan of all the glitz and glam on your gun she will also restore your black gun, bringing it back to all it’s glory.

“It’s my passion,” Mackson said “I absolutely love what I do.” It’s always great to see someone live their passion and fulfill their dream. Don’t want to paint your gun? Mackson will pretty much Cerakote anything you give to her including, cups, shovels, thermoses, knives, etc. 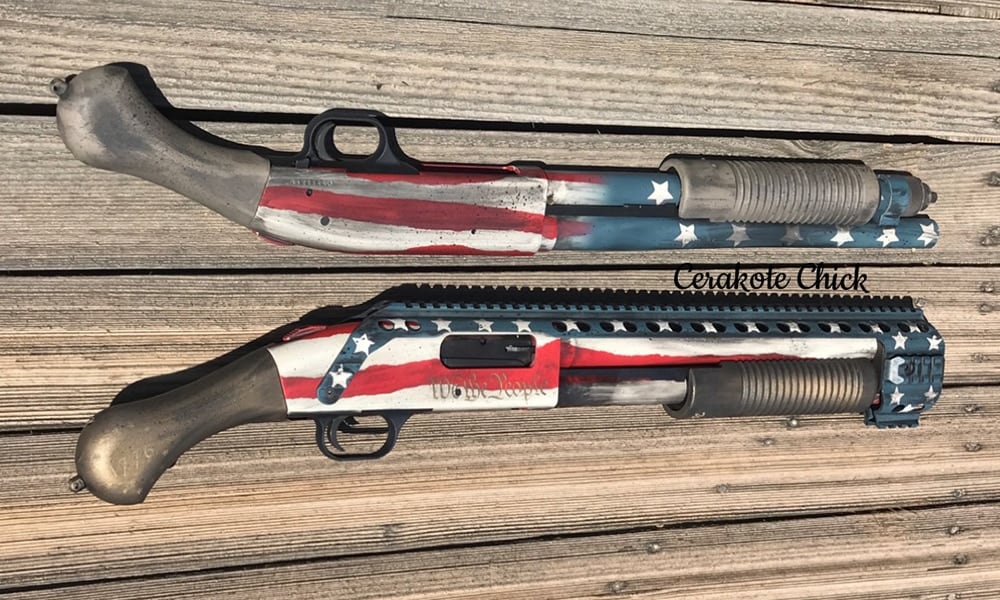 A Shockwave in all it’s patriotic glory (Photo: Cerakote Chick) 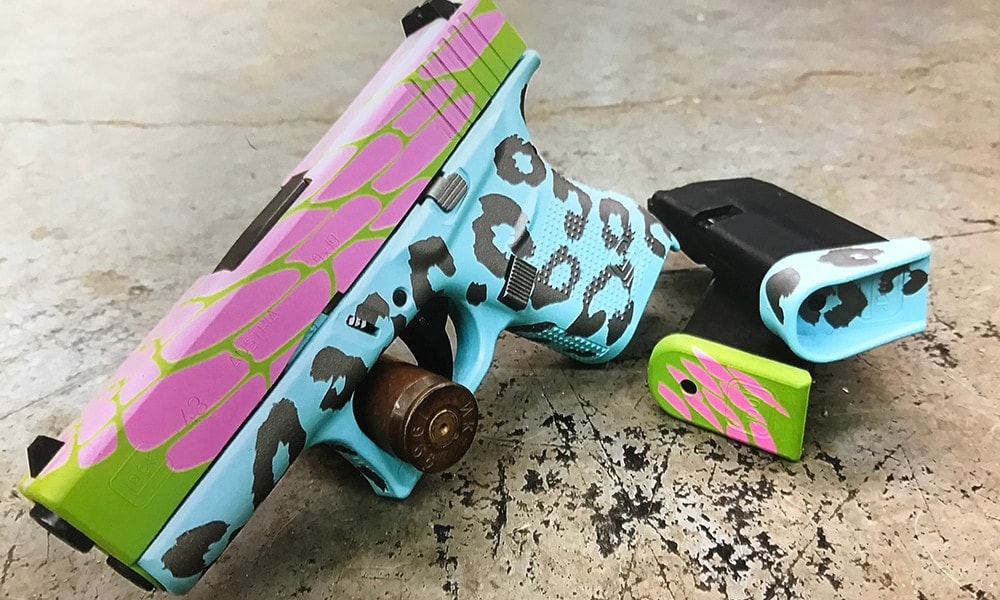 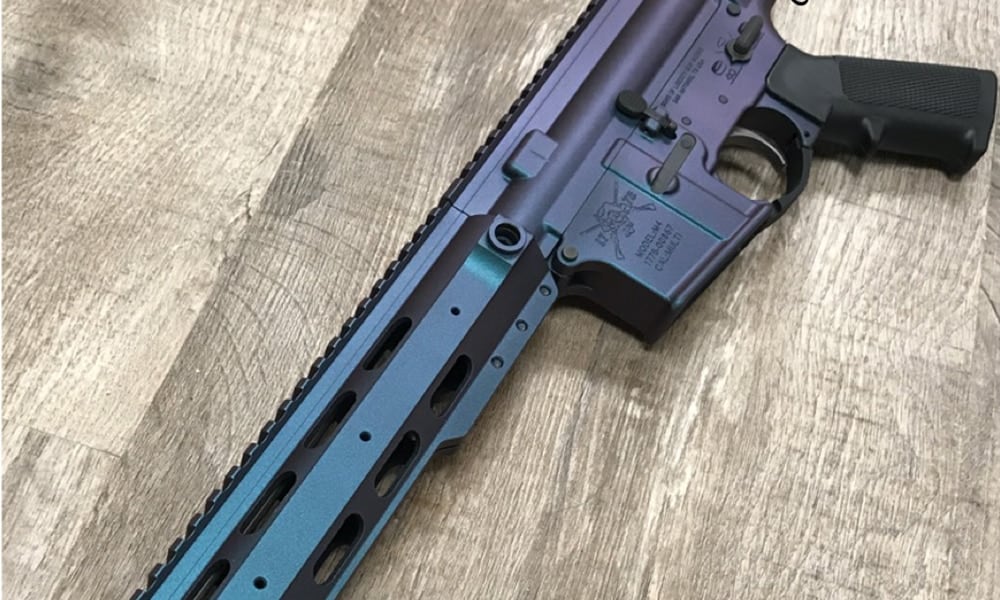 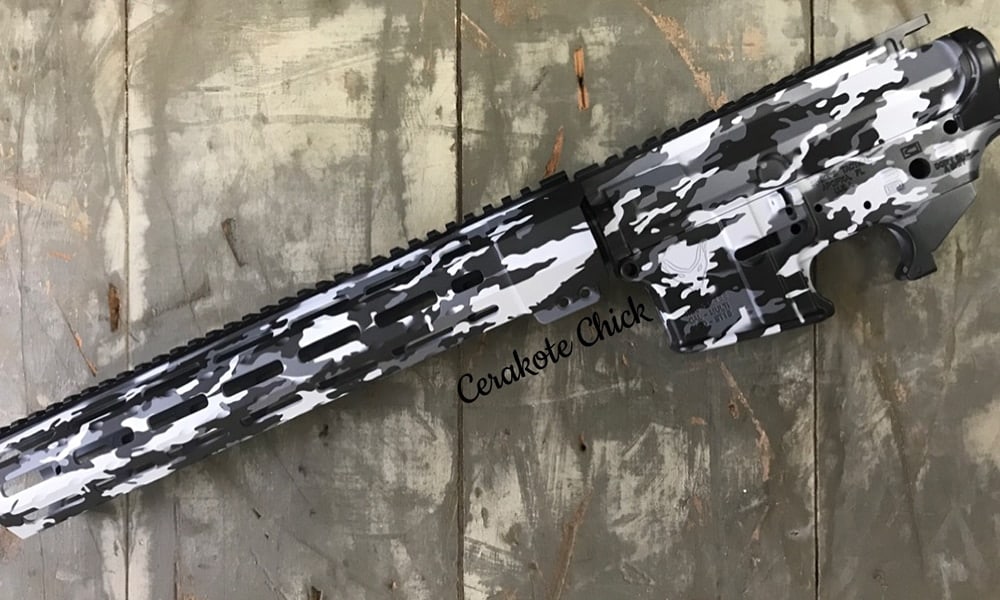 Digi cam is a tedious process to paint but it looks so cool (Photo: Cerakote Chick) 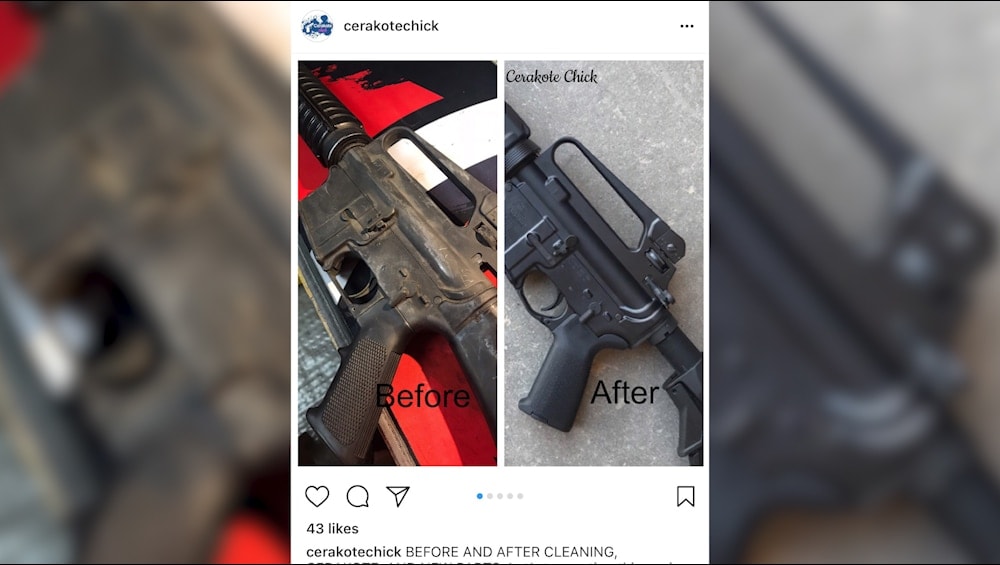