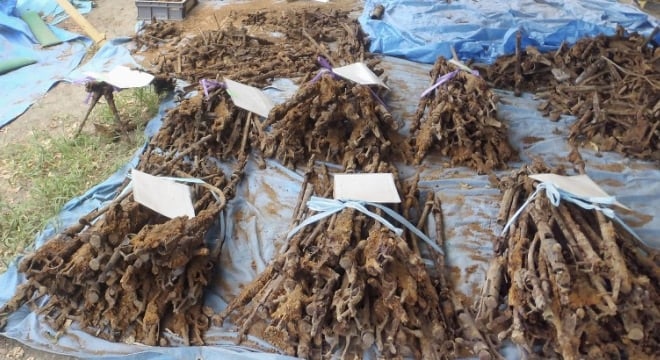 Weapons dating to the old Imperial Army were unearthed in a weeklong excavation at a school outside of Tokyo last week (Photo: Nishitokyo Municipal Government)

A Tokyo suburb is working on clearing a cache of long-buried ordnance unearthed while working on a local elementary school.

The Nishitokyo Municipal Government has released details of stacks of seriously deteriorated military rifles, machine guns, swords, and grenades found last week during construction at Tanashi Elementary School. The vintage hardware came to the surface when crews performing drilling work started running into the items at a depth of 3-7 feet on July 27. Since then, an estimated 1,400 firearms, 1,200 “swords” and eight practice grenades have been cataloged.

From the images, most of the well-decayed weapons are pre-1945 vintage and, judging by what is left, appear to be a mix of various models of Arisaka rifles, Type 11 and Type 96 light machine guns, Type 3 heavy machine guns, grenade throwers, and bayonets. 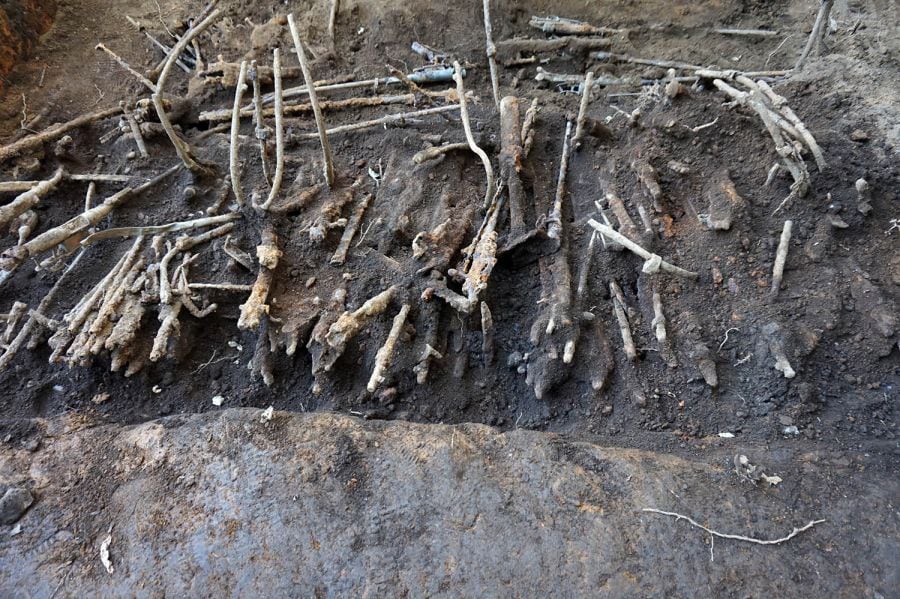 Note the Japanese Type 89 “Knee mortar” in the center of the pit. (Photo: Nishitokyo Municipal Government) 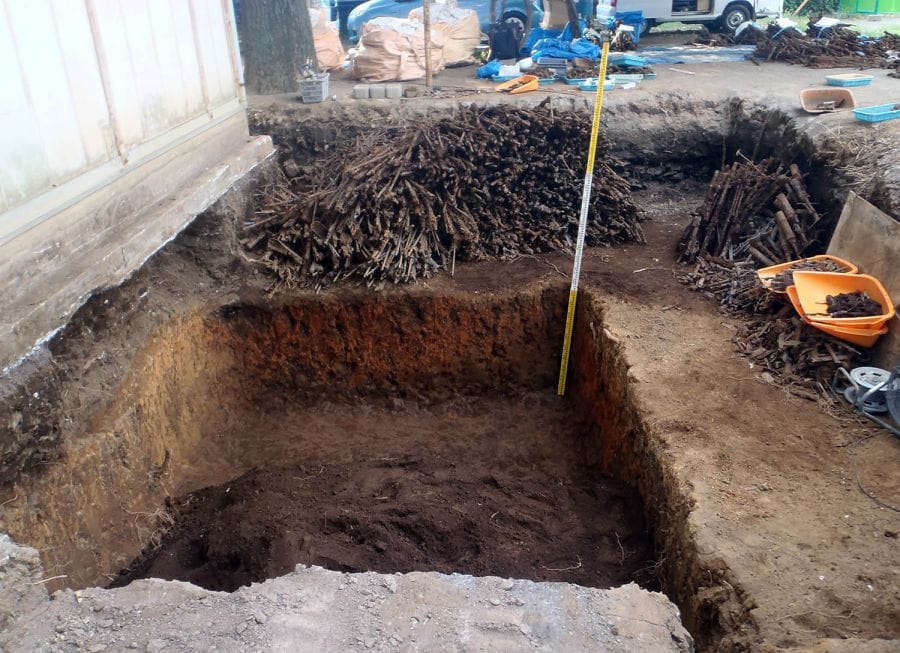 The bulk of the cache was stacked inside a 15×12-foot pit. Several additional knee mortars are to the right in a stack (Photo: Nishitokyo Municipal Government) 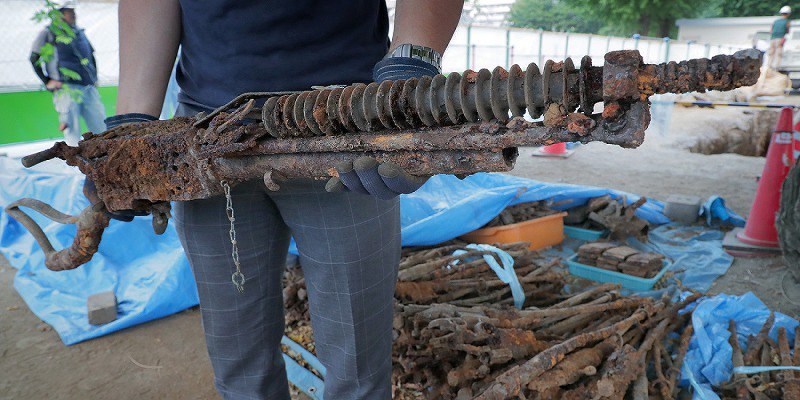 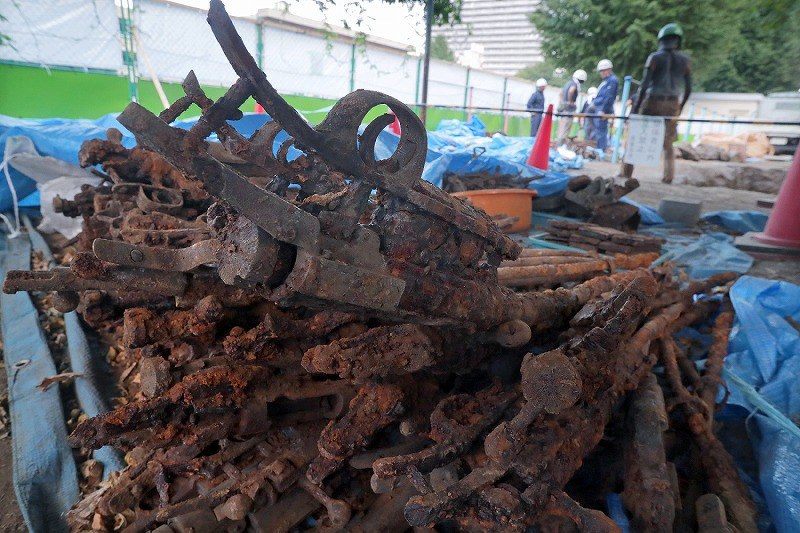 The distinctive Arisaka receiver is still visible on these rifles although the wood has long ago deteriorated. (Photo: Mainichi) 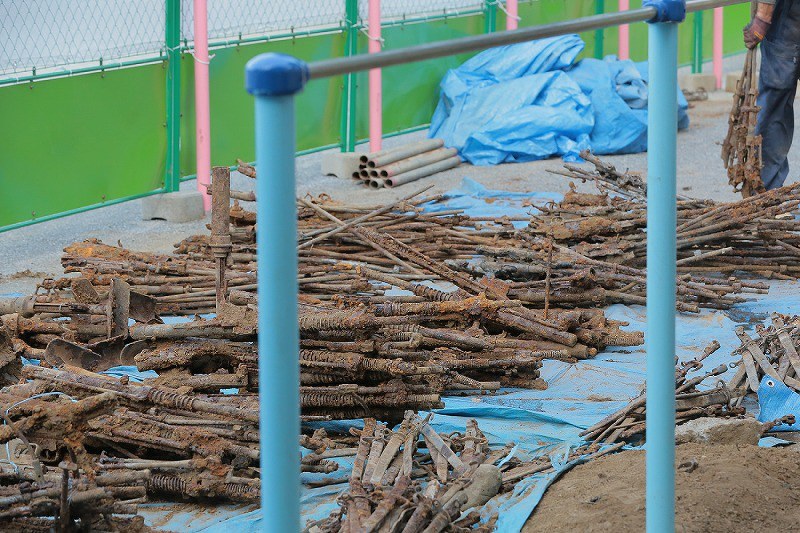 The hooked quillons of the edged weapons in the front of the picture are a dead ringer for Type 30 Arisaka bayonets. With a 15.5-inch blade, these could be considered “swords” by some. Further, note the short springs around the barrels of Type 2/3 machine guns compared to the longer springs seen on Type 11s. Additional knee mortars are to the far left, with one standing vertically.  (Photo: Mainichi) 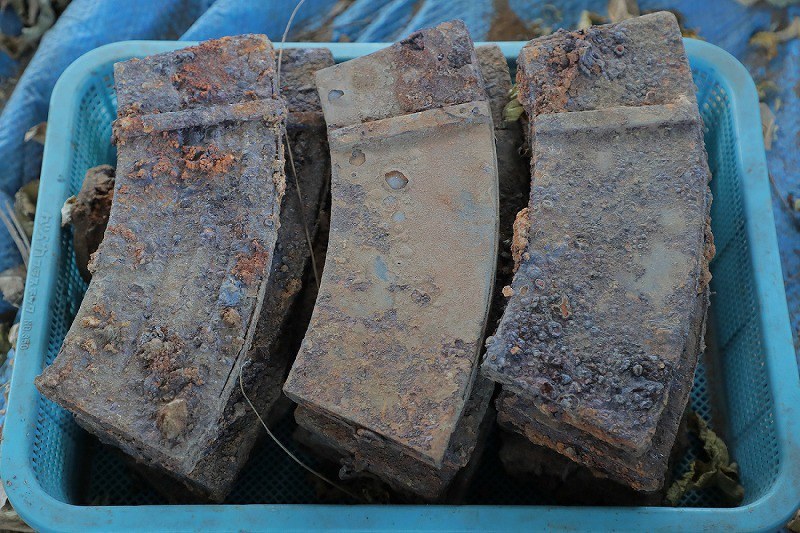 Both local police and Japanese military authorities were called in to render the area safe. The weapons were characterized as “training guns” in a statement.

The city government has temporarily relocated school operations while they conduct further excavations. While some may be kept as historical pieces, most, according to a release “will be disposed of appropriately based on consultation with the police station.”

The Mainichi daily noted that, while unexploded ordnance and WWII-era weapons are still sometimes found in the country, “it is rare for weapons used by the now-defunct Imperial Japanese Army to be recovered in such a large quantity at one time.”

It is not clear if the site of the current Tanashi school was a campus during the war, but Japanese Army officials made it a point to impart military training to students as part of their regular curriculum at the time. 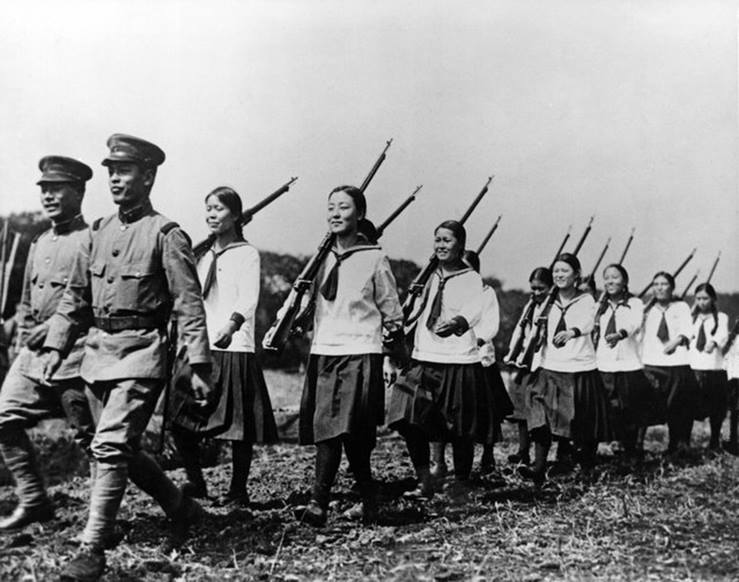 “Japanese schoolgirls marching in formation during a school visit of the 3rd Regiment to experience the soldier’s way of life, 1938” (Photo: Library of Congress) 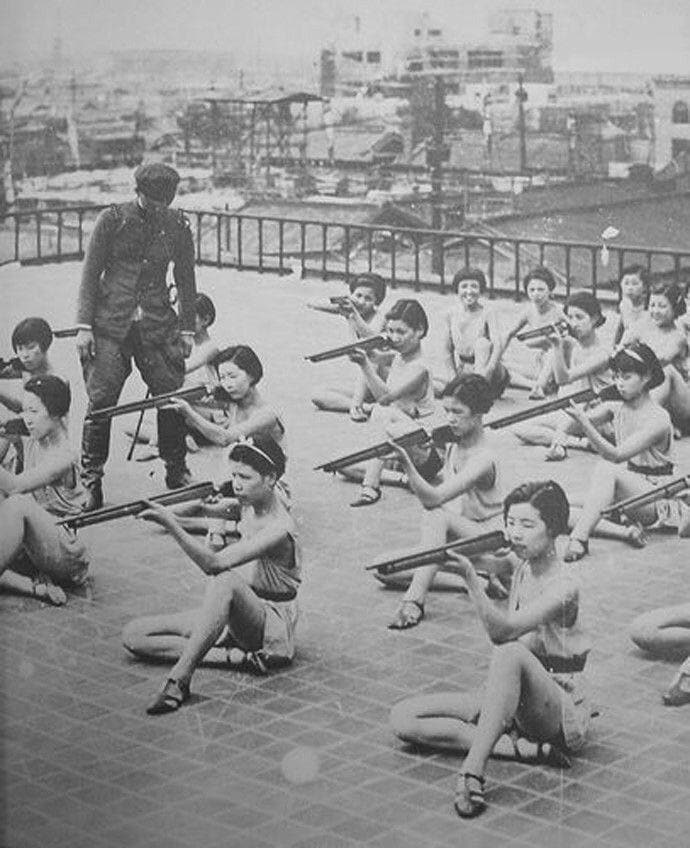 Military training for Japanese students during WWII, circa 1940-1945. Note the drill rifles 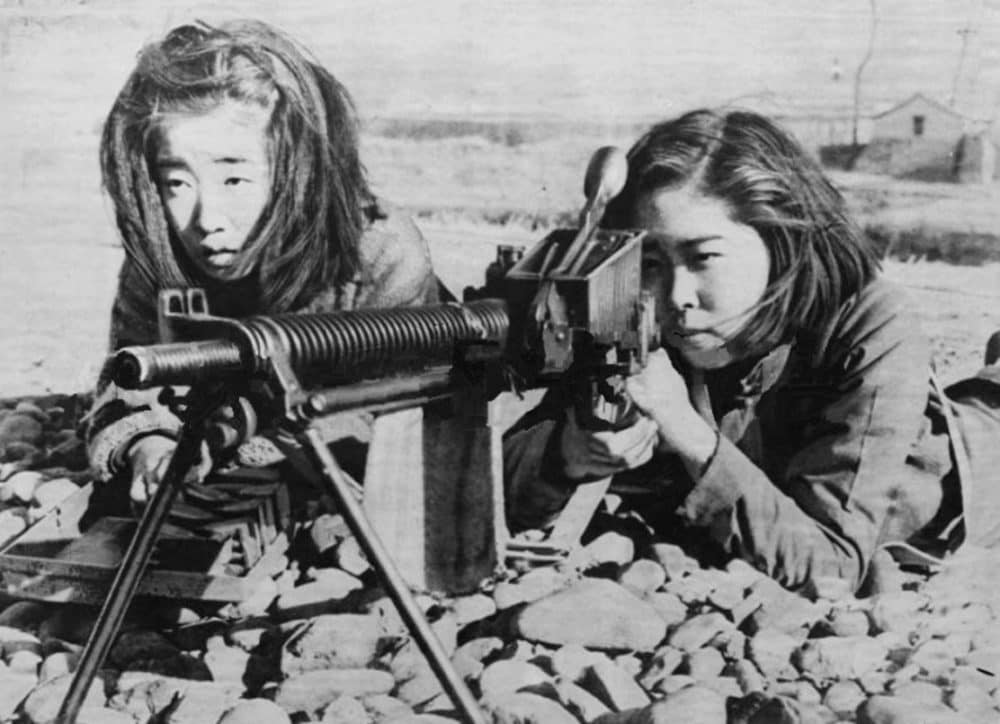 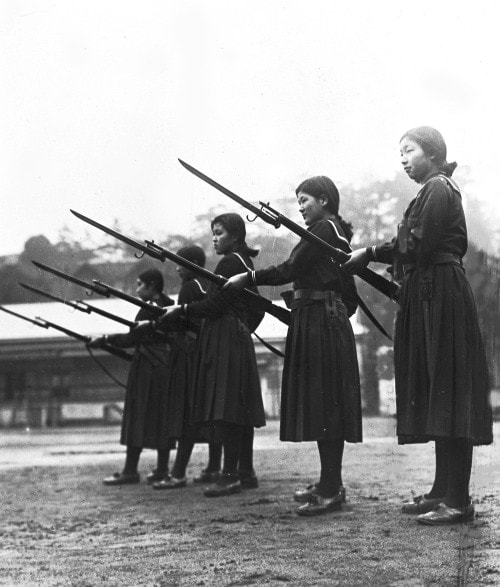 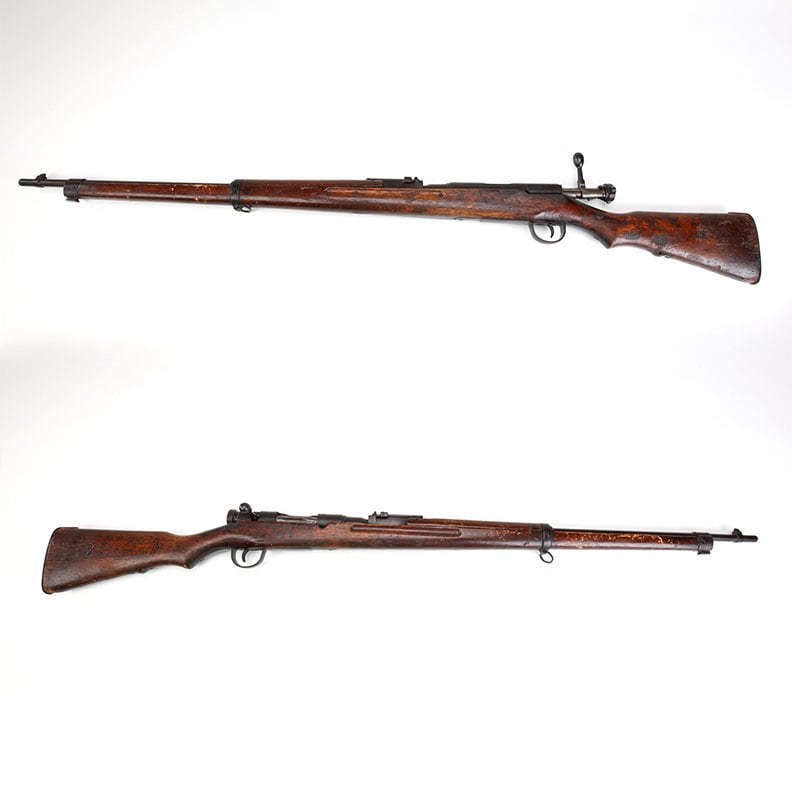 A Japanese Arisaka training rifle in the collection of the NRA’s National Firearm Museum. Many were crudely built and designed to fire blank rounds only. (Photo: NRA)

Following the surrender of Japan in September 1945 and the demilitarization of the Imperial forces under the watchful eye of Allied troops, much of the arms and equipment turned in was scrapped, exported as trophies, or simply dumped at sea. 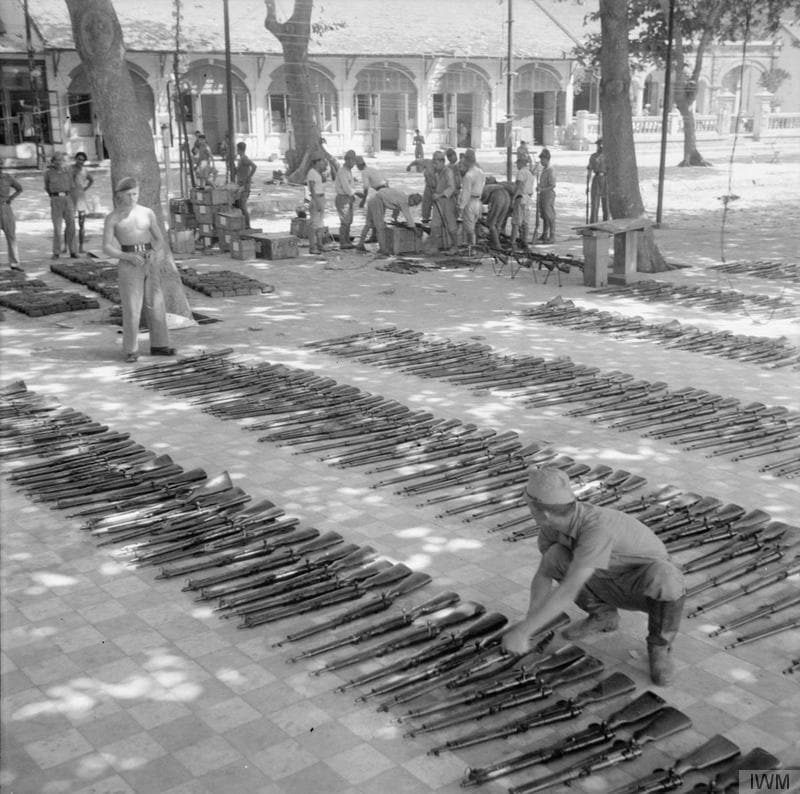 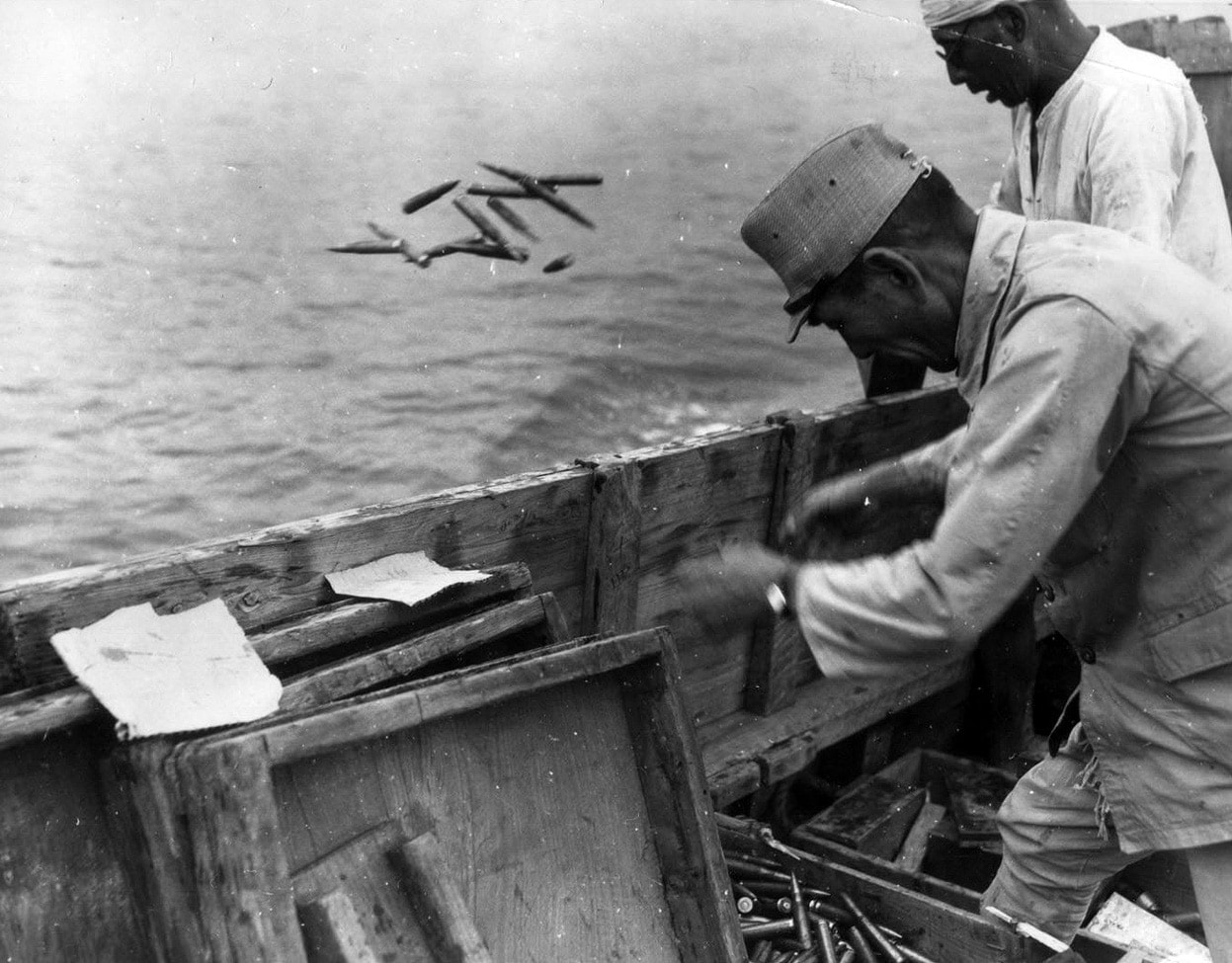 “Japanese ammunition being dumped into the sea on September 21, 1945. During the U.S. occupation, almost all of the Japanese war industry and existing armament was dismantled.” (Photo/caption: U.S. Navy) 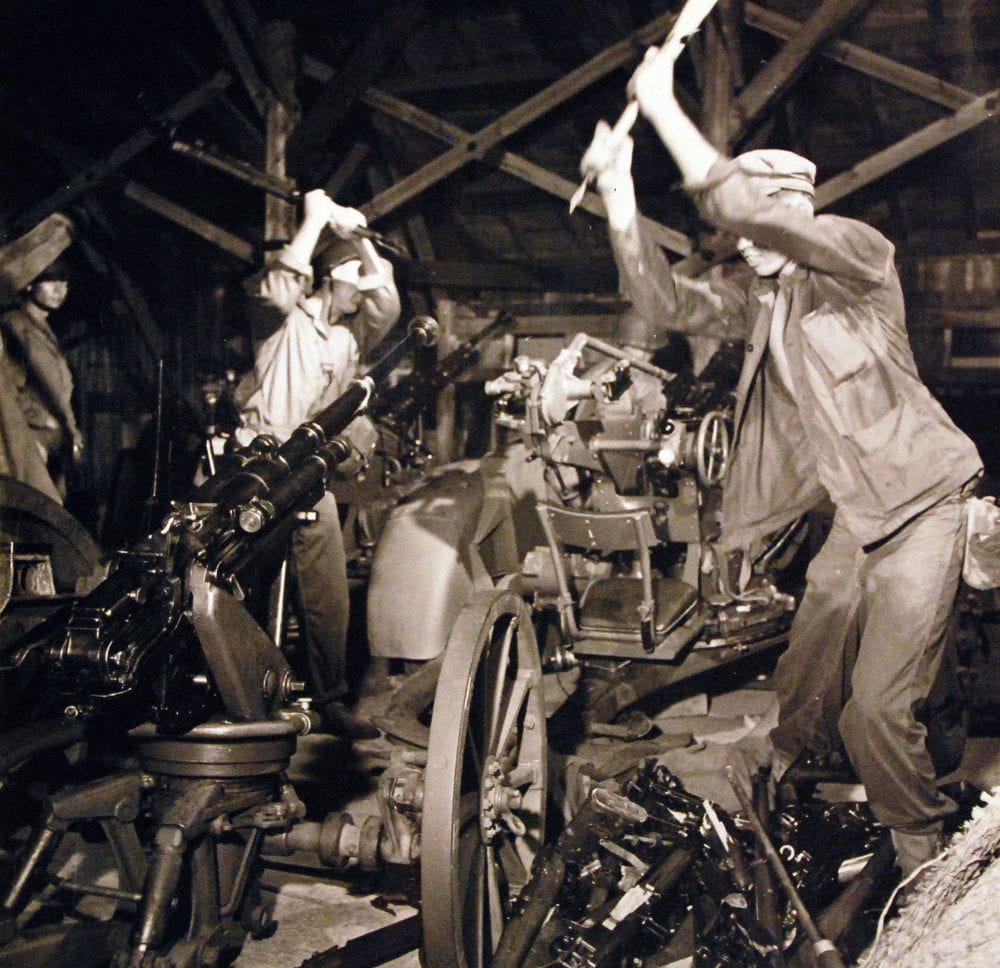